Awful Loss of the Day: 60 bil worth of FCON Rorquals

FCON have been fighting hard for the coveted prize of worst killmail of the month with this calamity.

The group lost over 60 billion ISK worth of Rorquals in a single drop.

The group of unfortunate miners were dropped by a small force of less than 25 pilots from Fraternity, Northern Coalition and The Therapists who should have posed little threat to a properly prepared alliance mining operation. One of the contributing factors to such a small group being able to wreak this level of havoc were the Rorqual’s themselves, which can only be described as shitfits. – All of the vessels included little or no tank at all, proving to be easy pickings for the attacking group. 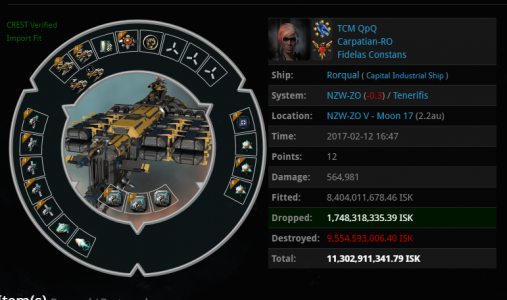 The Rorqual’s PANIC modules (which thankfully were actually fit) should provide 5-7 minutes of invulnerability for the attacked ships once deployed. Why there was no standing fleet to protect 60 billion ISK worth of assets on the field remains a mystery. Perhaps having no intel or defence fleet was all part of a master plan by FCON leadership to lull the enemy into a false sense of security.

Be sure to submit your embarrassing killmails to Imperium News for future Awful Loss of the Day posts.