An Evening of Eve

Recently, I submitted an article regarding the new era of goon meets, and my evolving vision for getting fellow Imperium members out into the real world interacting with one another. I decided I wanted to highlight a portion of that vision, namely the monthly meets, and do so by interviewing one of our members who took the initiative to set one up. What I would consider our flagship meets (having been established for a few years now) are Madison, WI, and San Diego, CA. However, I wanted to interview someone with the perspective of having just started their journey.

Quite possibly the best example for our model at work and a member dedicated to it’s success is the Charlotte, NC meet led by Mani Torani (Goon Forums, Telegram) / Lich Terminus (Eve Online, Reddit), who I have interviewed for this article. 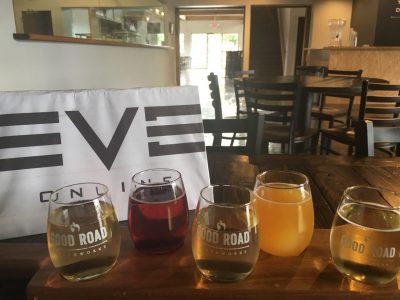 EVE Meets for All

Roudin: When and how did you become aware of Goon Meets outside of CCP events?

Mani Torani: After joining the Imperium, I heard about other Goon Meets via alliance Jabber pings. I started checking out the Goon Meet section on the Goonfleet.com forums looking for a meet close by. There were some interest check posts, but no official North Carolina meetups. I read the How to Start a Goon Meet post, which was really helpful. After much procrastinating on my part, I decided to go ahead and post a place and time for a meet. After the first meetup we decided to open the meet to non-Imperium members as well, and it has been great to have a mix of people attend from other alliances, low sec, high sec, and worm holes.

For context, his reference to “interest check posts” is a term used in the “How to” guide he mentioned. It refers to a member posting a thread asking if others are ‘interested’ in a goon meet in a particular area, to which numerous people reply but no initiative is taken beyond this point and the thread slowly dies.

Roudin: What motivated you to attempt setting up one of our monthly meets, and do you have previous experience with event organizing?

MT: I didn’t have any event planning experience. I had been kicking around the idea of hosting an Eve meet in Charlotte for a while now. Eve being such a niche game I don’t really run into people in my day-to-day life who play, so it’s been great to get together with people who share the same interests. I also saw the success of some of the more established meets in Madison and San Diego, and tried to emulate what they are doing. It has been really awesome to see the Charlotte meet grow, and the positive response it has received.

Roudin: Had you attended an Eve meet before setting up the NC monthly?

MT: No. In the three years I’ve been playing Eve, I’ve unfortunately never been able to attend Eve Vegas or Fanfest, so it has been great to have a local meet to go to and hang out with fellow Eve players and talk shop. Since starting the Charlotte meet, I was able to attend the Imperium’s Tampa Iceswarm weekend, which was a blast.

Roudin: Share with us a brief account of your experience launching the North Carolina meet, where it is today, and your vision for the future.

MT: We had our first meet in September of 2017 and have been gaining momentum ever since. We usually have around six to eight people attend each meet with a core group of regulars. We now have an in-game chat channel and mailing list (CLT Eve Meet), and hope to start organizing some in-game events soon, like a monthly roam as a good way for everyone to stay in touch between meets. 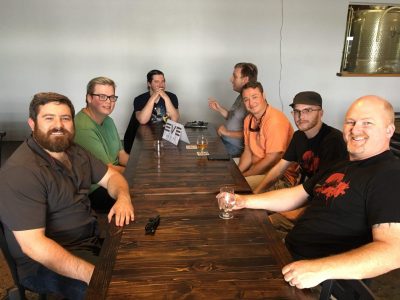 Roudin: I understand the May meet is happening at a business partially owned by a fellow Imperium member. Did you meet them through the NC meet?

MT: Yes. I met Kelestus at the April meet, and he mentioned he happened to be part owner of the GoodRoad CiderWorks here in Charlotte, so it just seemed natural to have the May meet there. If anyone is thinking about going to GoodRoad CiderWorks, they have a really great cider and mead selection, and they also have beer on tap if cider is not your thing.

Roudin: How organized and resourced do you find Goonswarm to be for real-life events? Is there anything you think could be added or changed to help others?

MT: I’ve got to say the alliance has been really helpful from offering advice and tips on how to organize a successful meet, to helping promote the meet through alliance-wide Jabber pings.

Roudin: I had the privilege of meeting you and your wife at Iceswarm 2018 in Tampa. Does your wife attend the monthly meets as well? What’s her take on nerds in public?

MT: My wife has yet to make one of the local meets. She has no problems with nerds in public, but she is not a big Eve fan. She is glad I now have other people to talk to about the game and she doesn’t have to listen to my Eve stories. We have had a handful of wives and significant others attend the meet since it started though.

Roudin: If you could give advice to anyone sitting on the fence about attending a Goon Meet, other than CCP events, what would you say to them?

MT: I would say not to hesitate. Everyone I have met has been really awesome. I also would encourage anyone who doesn’t have a local meet in the area to organize one. It is a lot of fun and it doesn’t take too much effort to spread the word through alliance channels, the Eve forums and Reddit.

As the Charlotte, NC meet is open to the public of Eve you can catch Mani Torani/Lich Terminus on June 16 around 3pm until 7-9pm at NoDa Brewing Company, located at 2921 N Tryon St, Charlotte, NC 28206. There is an in-game channel and mailing list called ‘CLT Eve Meet’ where you can get in touch beforehand. The Charlotte meet also employs the use of the app Telegram, and during the meet you can locate them by looking for the Eve placard seen near the top of this article.

A number of Goonswarm-hosted monthly meets will now have their information posted to Reddit by user Roudin_GSF, and will be open to all Eve players.

Flying with the Swarm since before I can remember. Now bringing in-person events to a city near you.