ALOD – Ratting during a stratop

Today’s ALOD nearly speaks for itself. Ratting or mining while the entire might of your coalition is out on a stratop is rather dumb, but doing so in a Nyx?

Carebears will be carebears, and Duncan fr of Tactical Narcotics Team won’t have the chance to make that mistake again for a little while, as PL saw a perfect opportunity to strike with a dreadbomb while there was no chance of a meaningful response. 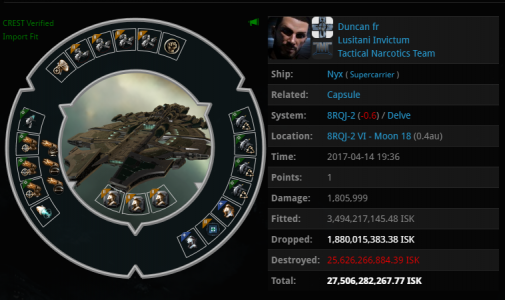 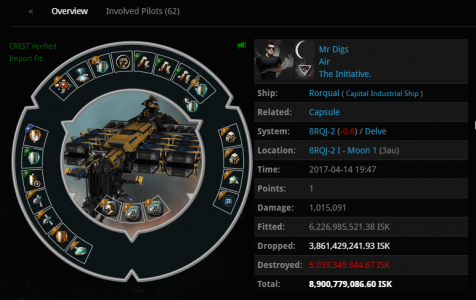 And that was just in one system…within a short time, the same Pandemic Legion gang claimed another Rorqual at the other end of Delve. 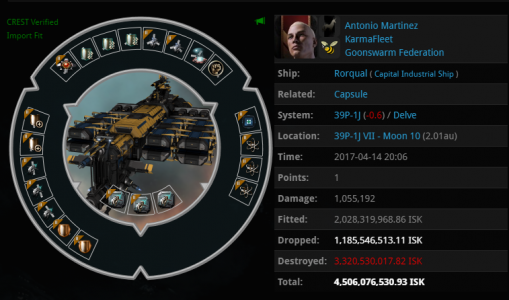 There’s no excuse for these pilots being caught with their pants down. It was widely announced that we had fleets scheduled, and widely known that we had fleets out. That means for these pilots to get caught they were most likely either terribly dumb or terrible leeches with no respect for the needs of their alliances. Either way, they were so disconnected that they didn’t even see it coming.  Remember kids, if you decide to skip a major op, three things are bound to happen back home – the quality of intel will go down, the chance of a rescue disappears, and the vultures will be circling.

And one thing you can always bet on is when those vultures find easy prey back home during an op, those of us that were on the fleets will be pointing and laughing at the misfortune of those who stayed behind for a long time to come, because they deserved what they got.