Mercenary Coalition (MC) has successfully built a Keepstar in Sing Liason, Basgerin system, a low sec island in the middle of high sec space. The citadel was deployed during the battle of SH1-6P, and came out of reinforcement roughly 24 hours after the battle.  Allies, like Northern Coalition (NC),  were on standby in case the Keepstar came under attack during its final 15 minutes of the build process, a time when it is vulnerable. 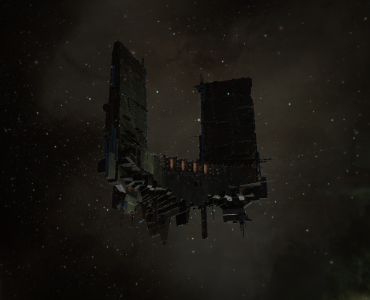 This marks the sixth XL citadel to be dropped in New Eden, or the eigth if you include wormhole space.

The massive structure is currently not open to the public. Unlike most structures, its purposes are not yet clear, though it is speculated to be a supercapital base for Mercenary Coalition, as its central location gives the group a jump-off point into any direction of the map.

Currently, MC is under contract to destroy market hub Fortizars in the Jita area. The contracts are part of a controversial plan by a wealthy financier to force market hubs to spread out over New Eden.

The structure is named “Tortuga,” presumably after the 2007campaign of the same name where MC declared Period Basis its home, and moved in with allies to secure it.

Mercenary Coalition finally made it home.

TMC reached out to Mercenary Coalition for comment on their achievement. No response has been received as of the writing of this article.

Update: Article oiginally read: This marks the sixth XL citadel to be dropped in New Eden, or the seventh if you include wormhole space.  Lazerhawks Keepstar was added and Hard Knocks system name was corrected.