220b ALOD and an eviction – an alliance has a bad weekend.

Sunday morning, March 4, one of the most expensive jump freighter losses ever in Eve history occurred when a Rhea was taken down in The Forge. While the Zkill total shows 133b lost, tallying up the values in-game it comes to over 220b being lost. 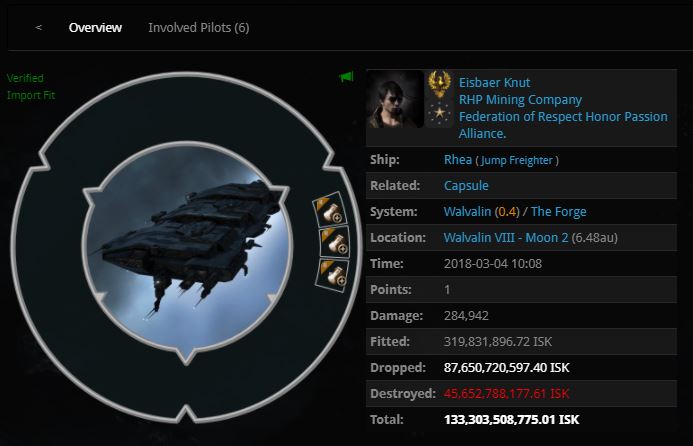 We reached out to SNUFF for information on the kill, but they were, unfortunately, unable to divulge any information. However, while looking into the kill, it came to light that a less notable Ark had been lost the day before from the same alliance.

I was put in touch with Imbor from The Exiled Gaming, a group that is part of Querious Fight Club.  He had been involved in the Ark kill, and was able to give me some background on why this alliance was moving such large amounts of assets in a hurry.

It turns out that Federation of Respect Honor Passion Alliance are a group who wanted to get involved with QFC recently. As part of the joining process, potential members are assessed for their strengths, weaknesses, how they could change the playing field in Querious.  During this process, it came to light that they had ties to Guardians of the Galaxy, and were affiliated with a corporation in Darkness.

This information was not gathered by some complicated means, rather, their alliance information states it. 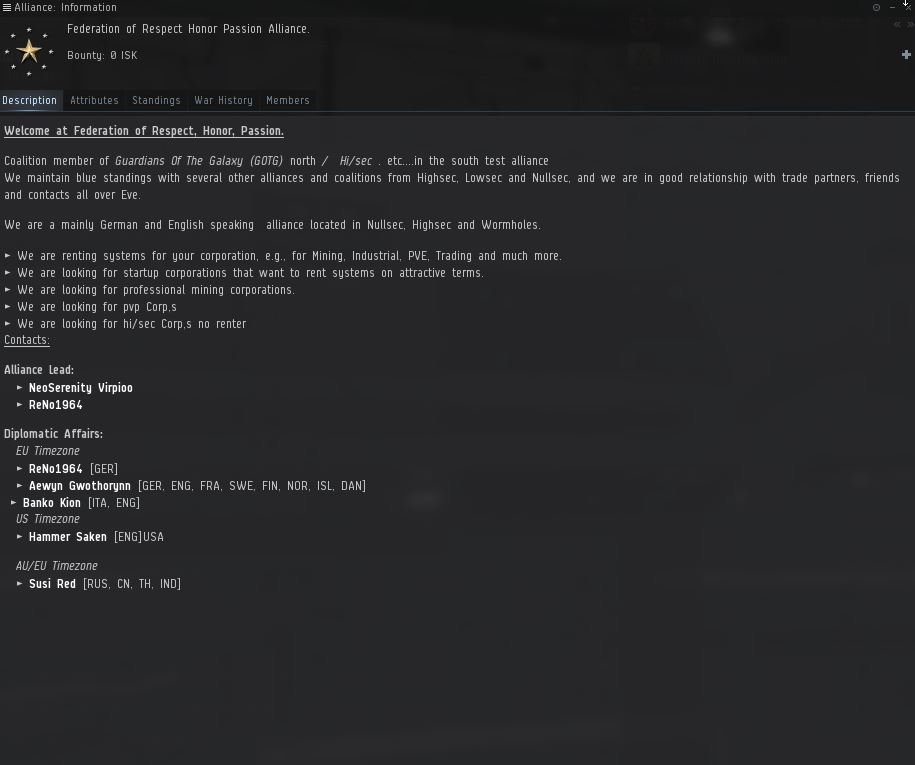 There is a corporation in Darkness called RHP, who have a link to this alliance in their information under “partner federation”. 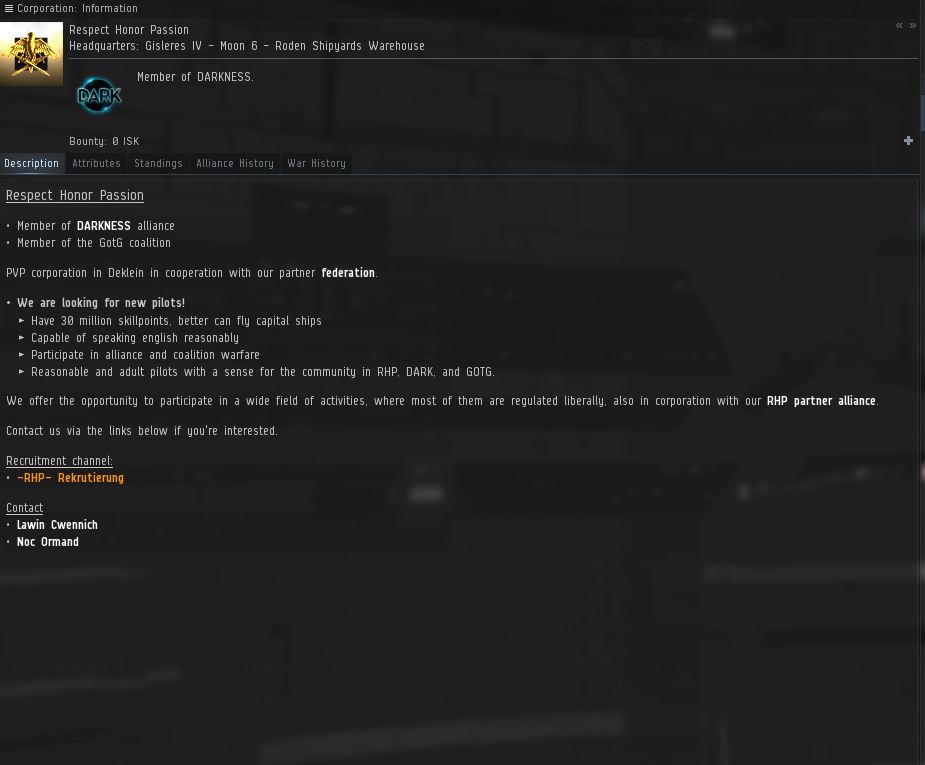 Initially, QFC leadership presumed that the alliance were moving out of GOTG to QFC, and would end their relationship with them. This never happened, however, and their alliance information was at one point updated to show “Member of GOTG & QFC”.

QFC admins were made aware of this, and a few days later after a joint op with Imperium members to take down a Pandemic Horde raitaru, they moved the fleet to target an RHP Azbel in Querious. At the same time, a message was sent out in QFC Discord that RHP were being evicted from Querious due to their Darkness ties.

The Ark killed by Exiled Gaming was evacuating through Efa, as this is a good route to highsec from Querious.  Unfortunately for them, there is no NPC station in the system, and only two citadels. One of these citadels is owned by Goonswarm, and so was off-limits to the pilot, whilst the second is a freeport. Or, it is an occasional freeport, as the Ark pilot found out to his cost. Such tethering malfunctions are common in certain areas of New Eden and is likely what caused the Rhea loss too, so pilots are always advised to check their access before moving costly ships around. Pilots are also advised not to travel with all their worldly goods in one hold unless they are sure of the security of each point on their journey.

The planned destination of the unfortunate Rhea remains a mystery. We have reached out to the pilot, and will update you if we hear back from him.  Given the location of the kill, it seems likely he was either trying to go to Darkness space after leaving Querious, or, more worryingly, headed into Jita where things are on fire this weekend.