As cleanup begins following the colossal struggle at UALX-3, an intense camping operation has begun.

Shortly before downtime during the battle, the UALX-3 node failed, kicking off all entities present on the server. The Eastern powers of NCPL, the Holy League/Rental Empire, Winter Coalition, and TRUMPY – along with numerous additional smaller entities such as the Garden Annoyances Centipede Caliphate and Wormageddon – made the decision to keep their supercapital ships, as well as many of their surviving Force Auxiliaries, logged off.

This presented a prime opportunity for the defending parties of Legacy and the Imperium to set up the aforementioned camp. A substantial cluster of anchored warp disruption bubbles was set up, stretching nearly 150km in many directions, and a standing fleet which has been reported to be consistently full was established to destroy any ships logging in. So far more than 20 billion isk, mostly consisting of stray Heavy Assault Cruisers from the subcapital fleets present during the battle, has been destroyed by various camping groups. 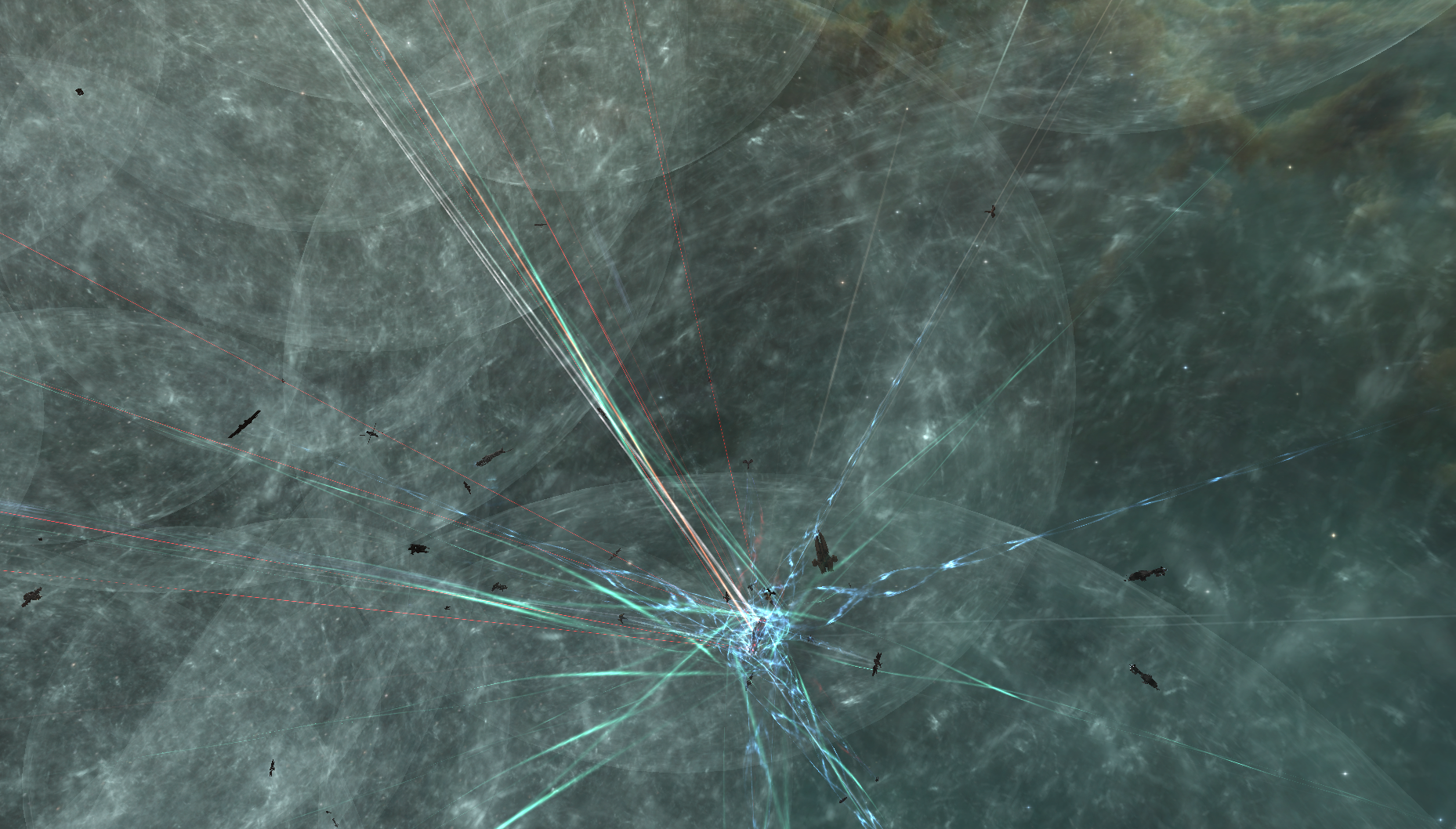 A Muninn Heavy Assault Cruiser logging in after downtime is quickly snared and struck down with decisive force by Legacy camping ships. Many others have shared this vessel’s fate over the last several hours.

With heavy pressure in place, Legacy alliance Warped Intentions, owners of the intial Keepstar destroyed during the battle yesterday, began the process of anchoring a Fortizar citadel approximately 200km from the site of the Eastern supercapital logoff point. At that range, the Fortizar can engage the supercapitals should they log in, applying powerful damage to said ships should it successfully exit anchor. This would also allow Legacy and Imperium ships to tether at close range from the enemy fleet. As no citadel can be anchored within 1000km of another citadel, this effectively prevents the Eastern allies from attempting such a strategy themselves.

About 9 hours later, Warped Intentions began the anchoring of a new Keepstar approximately 1300km from the hot zone. At that range, it would be impossible for Eastern power titans to strike it from their login point without breaking through the anchored bubbles. The combined tactical advantages established significantly improves Legacy’s chances of this Keepstar onlining, and may very well result in the Eastern power supercapital fleets remaining logged off for an extended duration.

Should this become the case, this would allow Legacy near impunity to operate with their supercapital forces across the region, provided they not stray too far. This effective swing in supercapital supremacy could provide an extreme advantage in the war for the foreseeable future. The next 24 hours could easily decide the course of this war, as well as much of the state of future galactic power. 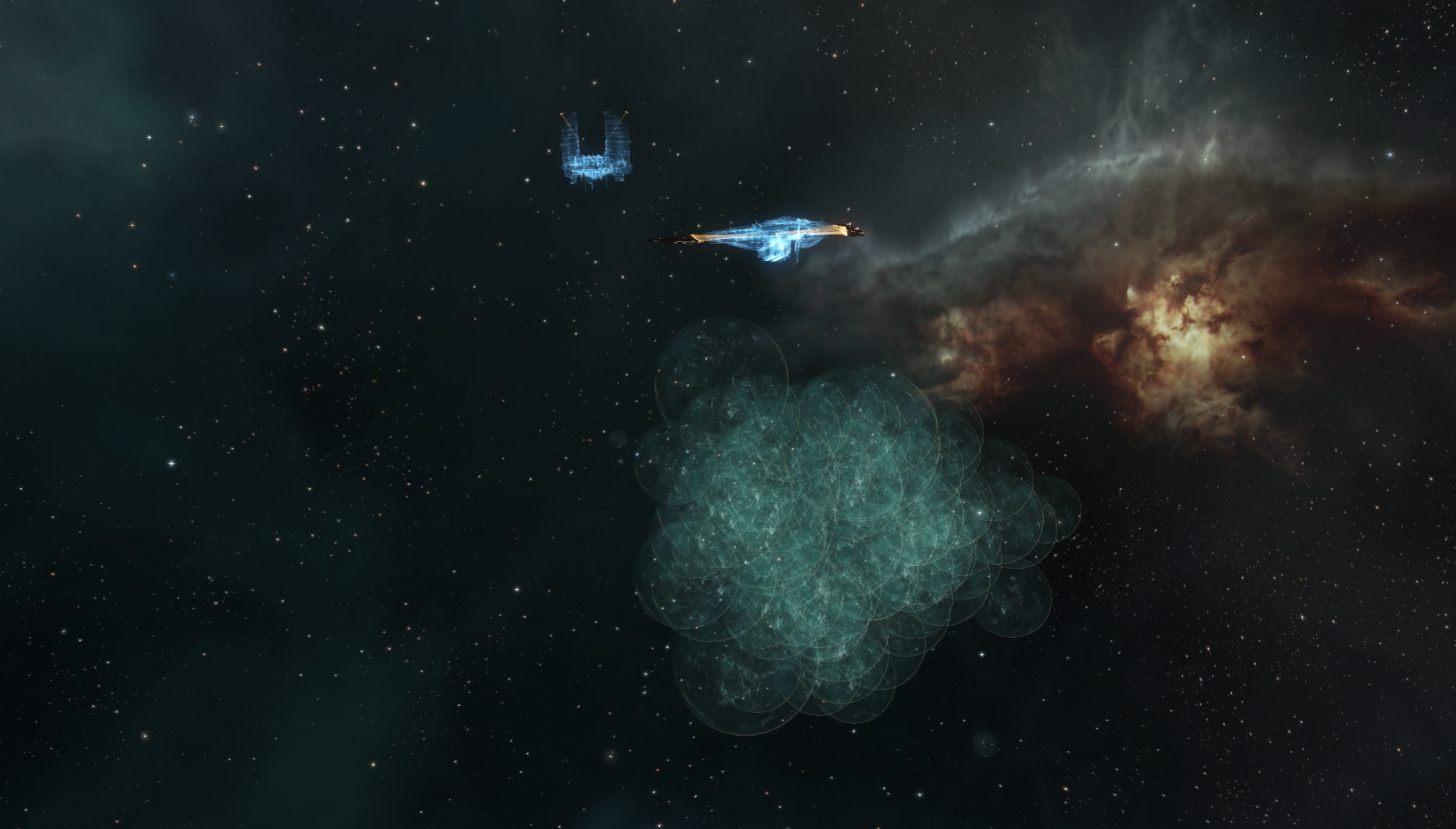 Keepstar and Fortizar citadels perform their anchoring construction procedures as a nearby cluster of anchored bubbles prevent the escape of the Eastern power forces.

Until then, one can imagine the leaders of both coalitions watching the system of UALX-3 quite intently.

Space, scifi, and gaming enthusiast who's been riding the Eve Online rollercoaster for just over three years now. I spend my days as an industrialist, spreadsheet guru, and PvPer. I have strong thoughts about Eve Online that come from being all over the place and being an outlier from the major power blocs. I've been in the small groups, the huge alliances, and completely by myself. I've mined in HiSec and dropped capitals in Null, and learned a lot from both.