Standing firm for months, the Imperium defense of the O-EIMK constellation came to an end. On August 2, 2021, as covered by The Meta Show, PAPI began unanchoring structures and announced their withdrawal from Delve. The thirteen-month offensive by PAPI – to remove the Imperium from nullsec – came to an end with all the final objectives of the PAPI mega-coalition unattained. This has given the Imperium the initiative in Beeitnam, and the Imperium has not been shy with it.

Emboldened by the events that unfolded, the Imperium set out immediately on the offensive. The intentions of the Imperium have become quite clear. Within two days after the PAPI announcement, the entire PAPI jump bridge network in Delve was destroyed. As a result, this will make it difficult to get assets to the evacuation route for PAPI. This reduced mobility for PAPI will also make it difficult to slow the Imperium as it seeks other objectives. 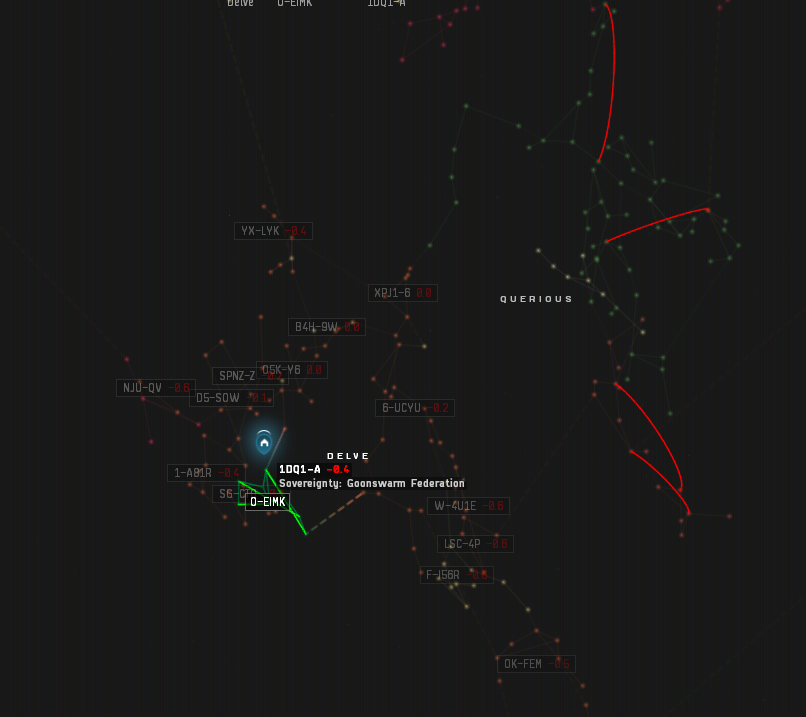 The Imperium offensive has not just been dismantling the PAPI jump bridge network. As of this writing, the Imperium has reinforced the 56 Infrastructure Hubs (iHubs) throughout Delve. Of note, the former home of [Amok.], PUIG-F, a thorn in PAPI’s side, was one of the last iHubs to fall during the PAPI offensive after fierce resistance. PUIG-F became the first iHub to be retaken by Goonswarm Federation. iHubs are required to anchor the powerful Tenebrex Cyno Jammer. If the iHubs are destroyed, this will make it easier for the Imperium to move around Delve via cynos and titan bridges. Furthermore, should the Imperium online an iHub, they will be able to cyno jam the system after 30 days. This would allow the Imperium to use the same tactics as PAPI and assault large structures, such as Keepstars. This gives PAPI a very clear and short timeline to evacuate.

The Imperium’s offensive is in full force. With PAPI’s mobility reduced by the destruction of their entire Jump Bridge network, along with several Upwell Cyno Beacons, the situation is starting to look dire for PAPI members looking to evacuate their assets. With the rapid pace that the Imperium appears to be retaking Delve, it seems many PAPI members will need to rely on paying the 15% asset safety tax to extract their assets from Delve. The imprisoned flame, now free from its captors, is quickly spreading and burning everything in its path.

A nerd ever fascinated by the depth of Eve Online. I am a miner, manufacturer, Filthy Gate Camper, veteran of Beeitnam and a member of Goonswarm Federation. GSF kindly took me in after I lost everything I owned in Immensea. IRL I am a US Navy veteran who is currently attending university for a Computer Science degree.