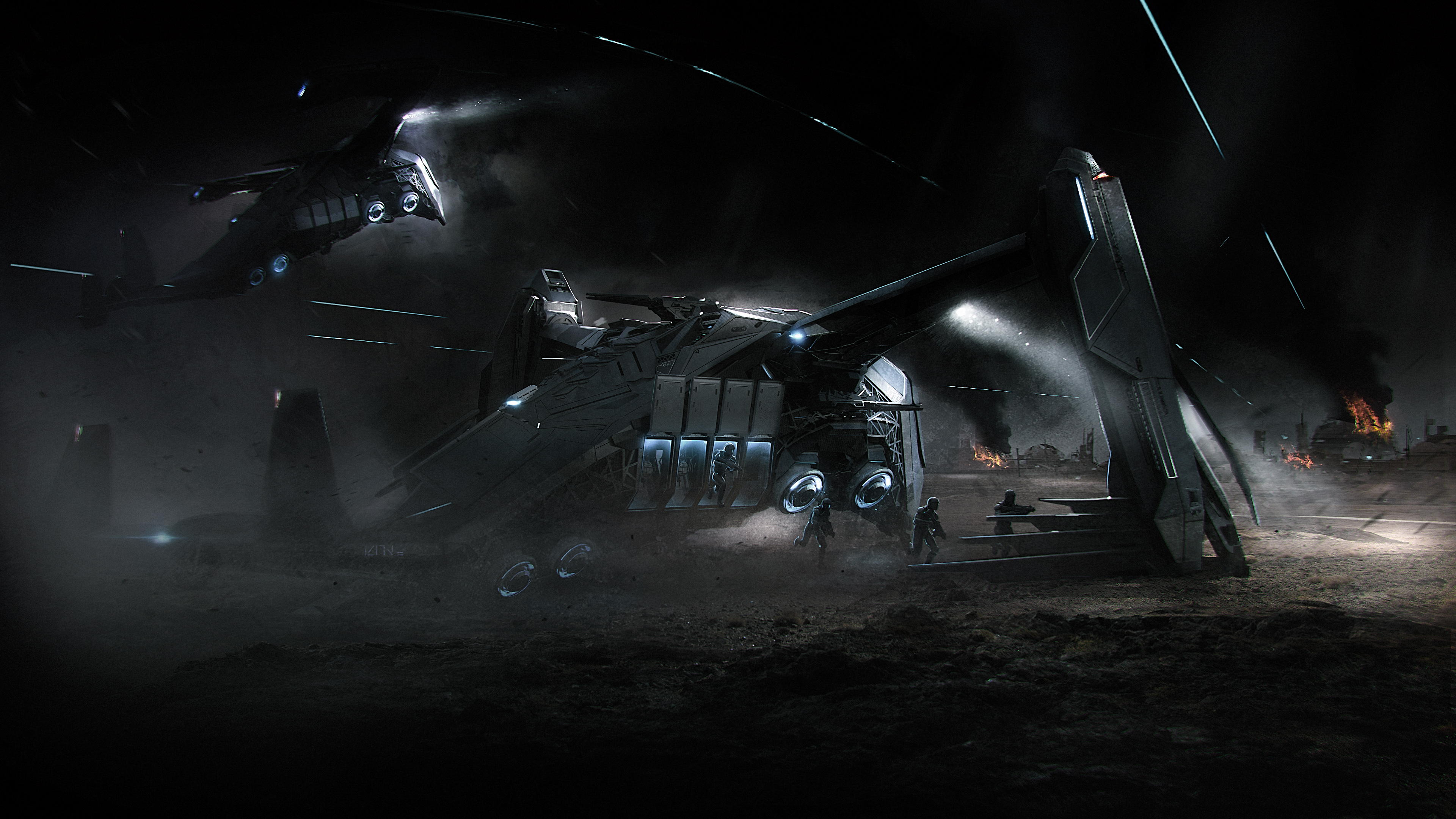 It’s been four years since the end of the Star Citizen kickstarter. The developers at Cloud Imperium Games celebrated this milestone with a livestream, ship sale, and some announcements. The biggest reveal was the first look at Star Marine gameplay we’ve seen since 2015, showcasing control-point capture FPS gameplay and a little zero-G combat. Another highlight is the release of a schedule suggesting that Alpha 2.6 is planned for an early December release.

Back in 2015, we were told Star Marine was only months, nay weeks, nay seconds away. We were shown footage at PAX East of FPS combat in Gold Horizon Station and some Ender’s-Game-type zero-G sportsball thing in the Astro Arena. Then it all fizzled to silence. We were given Alpha 2.0 instead, and it later leaked out that the build of Star Marine that contractor studio Illfonic had made and shown off way back when had been thrown out: it had been developed independently of the main Star Citizen Cryengine branch for too long, and to reconcile it back into the main branch would have taken more work than to redo it all.

Star Marine was shown for the first time, again, during the anniversary livestream. CIG developers played a round of “last stand” (a Battlefield-style control-point capture gamemode) on the Demien Station map. Apart from the zero-G sections, the combat looked like pretty standard, workaday stuff. Running and shooting on space stations is nothing new to gaming; it’s been around since Doom, and so far the maps and guns shown have not broken the standard moulds.

Maybe that’s ok, if you see Star Marine as just a testbed for FPS weapon balancing and netcode fixing. But, if you were expecting something more unique to Star Citizen — like boarding and taking over another ship, or even the Ender’s Game analogue from 2014 — it looks like that’s just not here yet. The best I can say for it is that this build is integrated into the main branch and set to be released as part of Alpha 2.6.

The next Star Citizen release will not just include Star Marine. It will also have additions to Arena Commander, such as a powerup/pickup system allowing you to refill your missiles from destroyed ships, and a redone afterburner that takes you from the normal Space Combat Mode speeds to Cruise (fast) speeds at the expense of maneuverability and fuel. A new Arena Commander gamemode, “Pirate Swarm”, will pit you against pirates instead of Vanduul.

As far as the main “persistent universe” part of the game, there’s expanded map content around Crusader (the only planet in the game so far), a new dynamic music system, and two new ships: the Aegis Vanguard Hoplite and the Drake Herald. The Herald is basically a flying engine; it’s built to go really fast from point to point. The Hoplite is a variant of the Vanguard specialized for troop transport, with seats for six troops.

Back at CitizenCon in October, Roberts was noticeably hesitant to give any dates at all for future releases, but now CIG has released their internal schedules relating to the 2.6 release on a page that they have promised to update weekly. It comes with a huge disclaimer, however, that the dates listed are subject to change at any time, especially when the pursuit of quality demands that a feature be redone or worked on longer.

The planned schedule at time of writing has Alpha 2.6 (including Star Marine) on the PTU on the November 28 and released fully on the December 8. Beyond the 2.6 release, however, there are no schedules or dates, only the same general outline of features for Alpha 3.0 and beyond that we were shown at CitizenCon. It’s unclear whether this means that CIG isn’t scheduling internally beyond the next release, or that they just opted not to show us.

It wouldn’t be an anniversary without a ship sale: this one is a week long and themed as the “Intergalactic Aerospace Expo”. A new sale starts every day as follows:

There are a couple technicalities of this sale that are less than clear. Ships being sold as the “Anniversary 2016” edition come with only two years insurance. “UEE War Bond” sales are discounts for purchases with cash as opposed to store credit (the controversial “cash discount” which aims to bring an injection of new money into the system).

As for the ships, there are a couple standouts available alongside each manufacturer’s basic catalogue. The Esperia Prowler is a dropship on concept sale with lifetime insurance for 425 USD. It’s a fusion of human and “Tevarin” technology that holds 16 troopers, and deploys them through “airshield portals”. The Aegis Gladius Valiant (100 USD cash, 110 USD store credit) is a variant of the Gladius with a different skin and weapon loadout, and lifetime insurance.

Also on sale are three ships that will be flyable in Alpha 2.6: the Drake Herald, the Origin 85x, and the Drake Caterpillar.

In other news, Gareth Bourn of Hello Games, developer of the procedurally-generated galaxy of disappointment No Man’s Sky, has been hired to work with studio Foundry 42 on Star Citizen. Maybe this is like a time traveler being sent from the future to stop the mistakes that caused his home timeline to go full Cronenberg. Or maybe Star Citizen just needs someone experienced with procedural tech to help them realize their promise of interesting procedurally-generated planets.

From the beginning of the Anniversary sale up to the time of writing on Day Three, 1.85 million USD in new money has washed into CIG’s funding coffers, bringing the total current funding to 132.5 million USD.