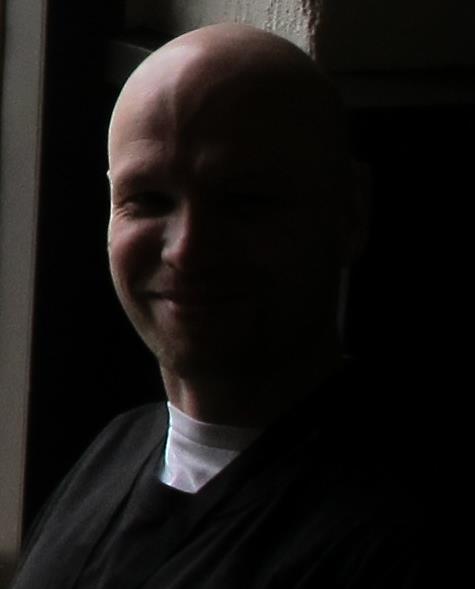 So: Vile Rat, Sean Smith, my friend for over six years, both in real life and in internet spaceships, was the “State Department Official” killed in Benghazi by a mob of religious lunatics, who had been incited to violence on this September 11th by a movie that was apparently made sometime in July. Obviously, given the combined attacks in Egypt and in Libya, this was a coordinated act designed for maximum media exposure; rile up a mob, point them at an embassy or consulate on 9/11 in particular, aim for the press. Many were injured in these pointless, reprehensible acts, and one of my closest friends was killed as a result.

(12:54:09 PM) vile_rat: assuming we don’t die tonight. We saw one of our ‘police’ that guard the compound taking pictures

We knew that Vile Rat was in Benghazi; he told us. He commented on how they use guns to celebrate weddings and how there was a constant susurrus of weaponry in the background. He was in situ to provide IT services for the consulate, which meant he was on the net all the time, hanging out with us on Jabber as usual and talking about internet spaceship games.

The last time he did something like this, he was in Baghdad in 2007 or 2008. He would be on jabber, then say something like ‘incoming’ and vanish for a while as the Kayatushas came down from Sadr City – State had been in the former Saddam Hussein palace on the Tigris before they built that $2bn fortress-embassy later. He got out from his Baghdad post physically unscathed and had some more relaxing postings after that. Montreal, then the Hague. He kept asking me to come visit him – we’d hang out in the States a couple of times a year or see each other in Iceland for CSM crap, but I didn’t have the time visit for whatever reason so I would always say ‘next year’. I missed Montreal, but had made real plans for the Hague… fuck. 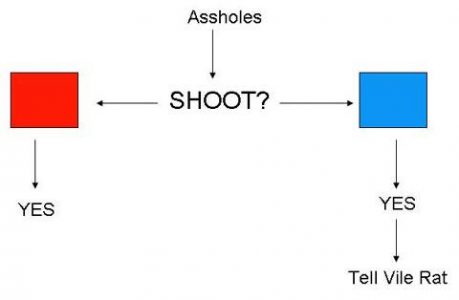 I met VR first in Eve. Newer SA goons know him later for his mod spot in D&D. We were in Goonfleet.  He, me, and Solo Drakban are among… were among – the last of the old guard still playing. We first hung out in person back in 06, when he came by the DC area for some training; he’d been in Johannesburg for a while but I was living in Northern Virginia. The first time we hung out we went out to dinner, chilled, then realized that we didn’t have any mixers for drinks so we just began pounding vodka shots while playing EVE, killed a Caracal while we were in frigates, went to 1V- in Scalding Pass and trolled Lotka Volterra for being bad. The system had just fallen. 06. I’ve known him for more than six years.

If you play this stupid game, you may not realize it, but you play in a galaxy created in large part by Vile Rat’s talent as a diplomat. No one focused as relentlessly on using diplomacy as a strategic tool as VR. Mercenary Coalition flipped sides in the Great War in large part because of Vile Rat’s influence, and if that hadn’t happened GSF probably would have never taken out BoB. Jabberlon5? VR made it. You may not even know what Jabberlon5 is, but it’s the smoke-filled jabber room where every nullsec personage of note hangs out and makes deals. Goonswarm has succeeded over the years in large part because of VR’s emphasis on diplomacy, to the point of creating an entire section with a staff of 10+ called Corps Diplomatique, something no other alliance has. He had the vision and the understanding to see three steps ahead of everyone else – in the game, on the CSM, and when giving real-world advice.

Vile Rat was a spy for the Goonfleet Intelligence Agency. He infiltrated Lotka Volterra; he and I cooked up a scheme where we faked VR blowing up one of Sorenson’s haulers full of zydrine in Syndicate – this was back in 06 when zydrine mattered – and that proved to Lotka Volterra that he had gone ‘fuck goons’. BoB invaded Syndicate, then shortly thereafter GSF went to Insmother, allied with Red Alliance, and plowed over Lotka Volterra’s territory, all with Vile Rat’s aid. He came back in from the cold and became one of the most key players in the GSF directorate. His influence over the grand game and the affairs of Nullsec cannot be overstated. If you were an alliance leader of any consequence, you spoke to Vile Rat. You knew him. You may have been a friend or an enemy or a pawn in a greater game, but he touched every aspect of EVE in ways that 99% of the population will never understand.

He and I were on the CSM; he thought he was tired of it after CSM6 but then his wife decided she really enjoyed Iceland when she visited for Fanfest, and he was torqued at CSM7 so wanted to run in 8. I wanted nothing to do with it anymore, so he was going to be the GSF representative in the next go-round.

He was on jabber when it happened, that’s the most fucked up thing. In Baghdad the same kind of thing happened – incoming sirens, he’d vanish, we’d freak out and he’d come back ok after a bit. This time he said ‘FUCK’ and ‘GUNFIRE’ and then disconnected and never returned.

Then the major media began reporting on the consulate and embassy attacks in Libya and Egypt, and I freaked out and then it turned out that it was my friend of six years who helped build this alliance into what it is today since, the very beginning, starting out as one of my agents and growing to become the single most influential diplomat in the history of Eve, or perhaps of any online game.

I’m clearly in shock as I write this as everything is buzzing around my head funnily and I feel kind of dead inside. I’m not sure if this is how I’m supposed to react to my friend being killed by a mob in a post-revolutionary Libya, but it’s pretty awful and Sean was a great guy and he was a goddamned master at this game we all play, even though a lot of people may not realize how significant an influence he had. It seems kind of trivial to praise a husband, father, and overall badass for his skills in an internet spaceship game but that’s how most of us know him, so there you go.