When I first saw this game on my recommended list in Steam, I thought “OH MY GOD! HARRY POTTER MEETS SKYRIM?!?! YES PLEASE!!.” I’m happy to say the game definitely lives up to that initial impression. The game is a massive online sandbox RPG with a large map to explore, and a plethora of monsters to kill or tame. The world is also stunningly beautiful. 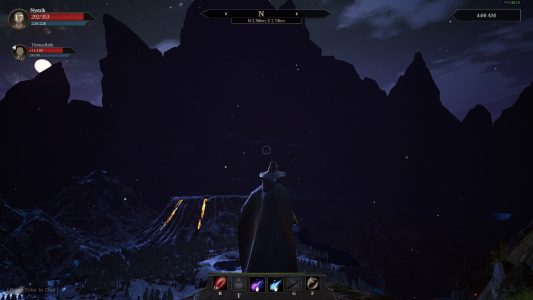 Citadel: Forged with Fire is an Early Access game on Steam, and it definitely plays like early version. Although the game is not lacking for content, there are a lot glitches and bugs that can make the game a bit frustrating to play at the moment. While the game is often compared to Skyrim, I’m a little disappointed that Citadel doesn’t have a story or quests, because I’m in this really cool place and I kind of want to know why. All that being said, I haven’t been able to stop playing the game.

There is no shortage of servers to choose from, and players can choose between PVE or PVP servers depending on what you prefer. The server list gives you a lot of information, such as ping and region, to help you choose one better suited for you.

Having put away my expectations for a story, I’ve been focused on getting experience and leveling up. Luckily, everything you do gives you EXP. Gathering, exploring, crafting, building, and killing monsters all help you reach the next level, because of that it doesn’t feel like a grind. Right as you start to feel like you need to level, it happens. When you level, you also get two sets of points to work with. One set to boost your character’s health, mana, damage, or carrying capacity, and one set to put in your knowledge tree. The amount of points you get goes up as you level for both sets too which is nice.

There are two really awesome things you can do in the game: Tame monsters, and fly.

You can tame literally anything you want. You have normal things like bears, wolves, orcs, and horses. They will fight for you, defend your base, and you can even ride some of them. Horse and Elk are standard mounts, but as you level up you can tame bigger and better beasts, including dragons, which are also ridable. I mean sure, you can craft a broom and go flying around the map using that instead, which is cool, until you tame and ride a dragon, and then it just doesn’t compare. These two things alone are reason enough for me to keep playing the game. 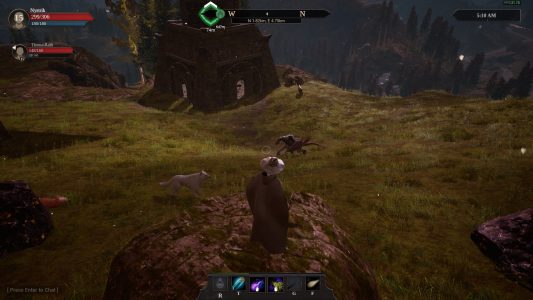 My Issues with the game

I’ll say from the onset that it runs terribly. It takes forever to load into the game, and it’s a resource hog. My desktop is mid-range; I can run the game on high without too many issues, but I can’t do much else while I’m playing the game because it uses uses almost all my RAM and a fair amount of my CPU. A friend of mine runs the game on his high end laptop and it struggled to run the game on medium settings. If he tabs out of the game he risks the game freezing which sucks because, as previously mentioned, the game takes forever to load.

The servers are also really buggy. As I mentioned above, the categories that are supposed to help you sort the server list simply don’t work. So if you played on a random server and click on the history tab it won’t show you what servers you’ve played on recently. It also doesn’t display if you have characters on that server so you have to join a server and see if it takes you to character creation first, if it does, you don’t have a character on that server. That means you have to sit on another long load screen.

Lastly, killing monsters isn’t risky or rewarding. A lot of bigger, higher-level monsters live in caves and protect chests full of items. You’re supposed to have to fight your way through the cave to get to the treasure, but at the moment I can just fly over the monsters, take the treasure, and fly out. Additionally, I’m able to fight level 50 monsters at level 20. 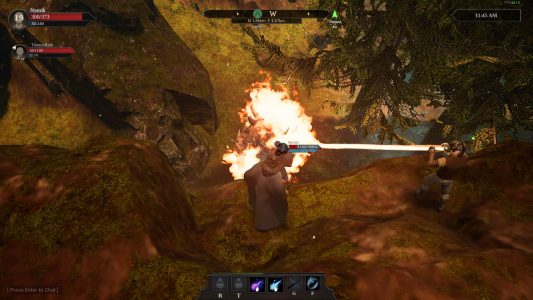 In the picture above a friend and I find a level 50 monster that we’ve never seen before. We figured it was way out of our league, but wanted to try killing it anyway. We left all of our stuff at the base; I figured we would get one-shot killed, and when you die you drop everything in your inventory. However, because we stood on top of a cliff, the monster couldn’t hit us so we were able to take him down pretty easily. Normally, in situations like this in other games, the monster becomes invulnerable because it can’t attack you back, but that’s not the case here. I’m sure they intend to fix this issue but as of now it’s not. These two problems make what should be awesome achievements unrewarding.

You can run your own private server right in the game, and customize it with an array of advanced settings.Would-be server owners can change everything from increasing the rate and rewards of leveling up, to removing weight restrictions, and making resources unlimited. You can also change these settings after the server is created too, which is great. 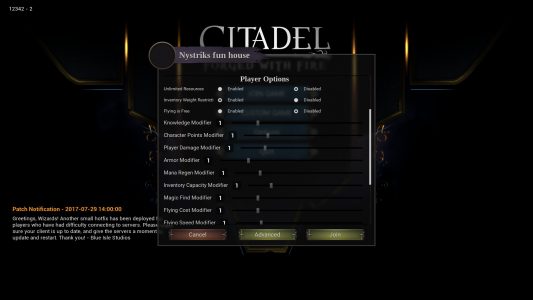 The world is open, vast and beautiful. There is so much to explore and discover that it seems endless. The large map can almost seem overwhelming at first, but there are fast travel points to unlock on the map, and of course, you can fly! Plus, exploring the world doesn’t feel like a chore. You gain experience and level up when you explore, there’s always something new to fight and loot, and again, the world is gorgeous! 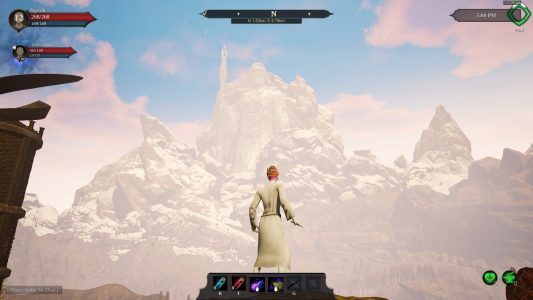 The flying in this game is smooth and easy. I’ve had bad experiences in the past with flying in games being janky and awkward. Citadel makes flying look seamless. There’s no stuttery transition between takeoff and landing, and it is very smooth once you’re in the air. There are also different ways to fly. You can fly on a broom, use a flying potion or use a flying mount.

Lastly, and I will keep making the point because it is by far the coolest thing about it, you can tame EVERYTHING. It’s easy to do and the UI for the things under your control is pretty simple to use. I have mentioned this before, but you can tame Dragons and Unicorns. You can also tame the mobs that spawn at camps, such as orcs, demons, and wraiths, which fight for you and defend you. 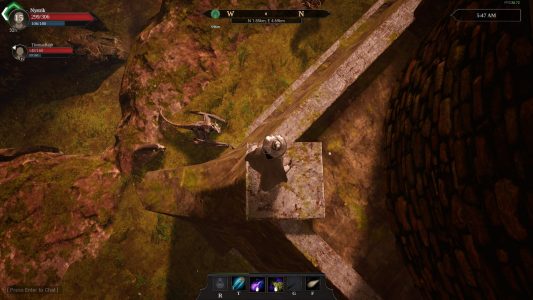 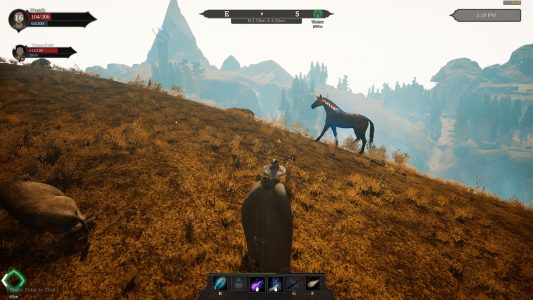 I know it feels like I don’t have a lot of nice things to say, but the game really is a lot of fun despite its problems. Some of us are spoiled from early access games like PUBG that feel like they are already finished games, but Citadel is not finished and it doesn’t pretend to be. The game has only been out for a week and it’s already been patched a few times. Developers appear to be very transparent about their plans for the game, and are very open to community feedback. They are also being vocal about acknowledging bugs when people post about them or report them.

If I were on the fence like some of you probably are, I would wait to see how they fix the game before picking it up. Nonetheless, I think the game has a lot of promise. It has a lot of room to improve, but there is a really solid base to improve on. There’s also a lot of potential for this to be an amazing community game, making this a great game for the Imperium and our readers to play together.

I am a streamer for INN with a focus on MOBA's, but I can't get enough of PUBG lately. Come hangout Sundays at noon EST!