A concept immortalised by the cult classic Japanese film, Battle Royale, the last-man-standing game genre was brought to fruition by Arma modder Brendan Greene. Since its beginnings as a game mode for Arma, Battle Royale has seen new life in several games that have spawned from its inception. Daybreak Games used it in H1Z1 King of the Kill; The Culling and ARK: Survival of the Fittest tried to put a new twist on it, and now Bluehole Studios is taking the game mode back to its roots in a tactical setting.

Now Creative Director at Bluehole Studios, Brendan Greene AKA PLAYERUNKNOWN, is working with the team to develop his latest iteration of Battle Royale, PLAYERUNKNOWN’s Battlegrounds, or PUBG as it has been abbreviated. Currently available in Early Access on Steam, Battlegrounds is already making waves in the gaming community as one of the most addictive Battle Royale games to date. 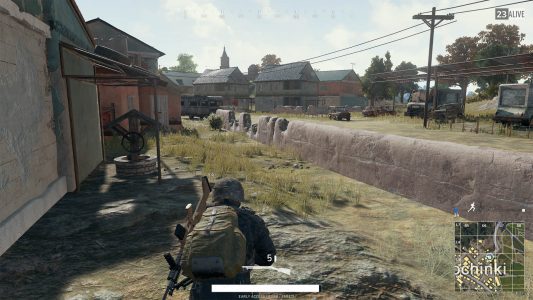 THIS IS BATTLE ROYALE

The premise of PUBG is quite simple: 100 players are dropped from an airplane over a large island with nothing but the clothes on their back. Once they hit the ground they must locate weapons and supplies in order to fight for their survival as the last man standing. In order to force players to engage each other, a circular barrier shrinks around the map, killing anyone who remains outside of the area for too long. It grows increasingly smaller until just a tiny area remains.

Battlegrounds is as much a game of strategy as it is about being good at shooting. There are no pre-defined rules on how to play; you must survive by any means necessary. Whether you sneak around the outskirts of the playable area trying to pick off those venturing inwards, or make a mad dash straight for the middle and wait for players to come to you, how you win is up to you.

The game is very reminiscent of Arma in its rugged military style feel with a touch of DayZ in its looting and frantic swivel-headed gameplay. While other games have gone for a more arcade action feel and aesthetic, PUBG definitely has its roots set in the military simulator in which the original game mode was born. This for many will be the draw and appeal of the game for players who seek Battle Royale with a milsim twist. The map is an 8km x 8km map that offers plenty of freedom in the beginning with the ability to choose your preferred location to start your looting, with random areas of the map that the game begins to restrict the players to offering a diverse experience with each round played. 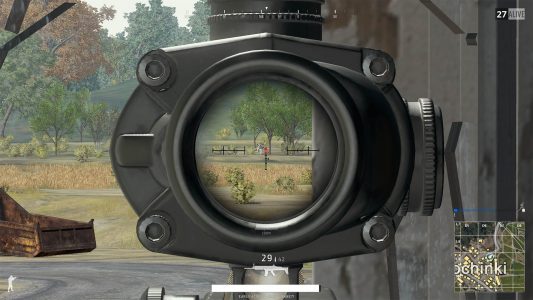 PLAYERUNKNOWN’S Battlegrounds is built on the Unreal Engine 4. There is a great foundation in place for the game that could ensure it doesn’t end up as clunky as the predecessor that inspired it. Being in development, however, the game is currently suffering from some major optimisation issues that could prevent some players from participating in the game until optimisations are made.

It’s a little hard for me to provide a general baseline, I have a 1440p 165Hz monitor with an SSD, an i7-6700k at 4.2Ghz and an overclocked GTX1080. My machine is relatively high end, yet even I still only get around 70 FPS in open areas with drops to 40 FPS in some of the larger towns with the game’s graphics turned down to medium and low. Gamers with mid-range PCs playing on 1080p 60Hz monitors should probably expect similar results, which makes it playable but not ideal. If I was playing at 1080p I would expect not to have some of the big dips and there would be no complaints on performance – however, it’s obvious that there’s is still work to be done.

Additionally, the servers do often suffer from lag at the start of each match. After the players spread out across the map the lag generally subsides but the first few minutes can often lead to doors taking 10 seconds or more to open and other annoyances. With the game being in development, this kind of issues should be expected, but if it’s a game breaker for you then it’s something worth noting before making a purchase. If you play games on a potato PC, this game might not be able to run on your machine until proper optimisations are made.

Another cause for concern at the moment is purely a result of it being in development, however, the game currently relies heavily on client-side calculations. This means there is no real lag compensation and sometimes it’s possible for you to die after running around a corner or before a player becomes visible on your side of the game. After many long play sessions, I have only encountered this once, however it is something that happens and worthy of noting. 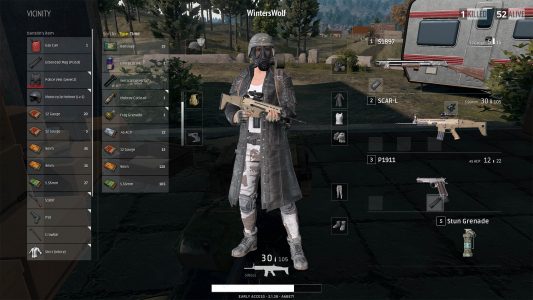 SURVIVAL OF THE FITTEST

If you can run the game, it’s hard not to recommend PLAYERUNKNOWN’S Battlegrounds. The gameplay is intense and addictive, with a foundation that offers plenty to keep players coming back. The game currently features a wide range of weapons and modifications, players can pick up accessories for their guns to tweak their capabilities. Additionally, players can outfit their character with protective gear like armor vests and helmets and a full range of clothing.

The gunplay at the moment is already really solid, and the wide range of guns available means that players can choose from a variety of different playstyles. Guns aren’t scarce in most parts of the map, so depending on your playstyle gunfights can be frequent and heart-pounding. From close-range pistols, SMGs, and shotguns to the assault rifles and sniper rifles, players can hold several weapons at once allowing them to prepare for different situations throughout the match.

Persistent progression is currently only implemented in a similar fashion to other Battle Royale games with loot chests that offer players randomised clothing to customise their character. This clothing is permanent and allows players to style how their character is outfitted at the beginning of every match. A lot of the non-base clothing can also be sold on the Steam market with some of the rarer items currently selling for 90USD.

Outside of player gear, the game also features several vehicles that are plotted on the map that allows the player to get around quickly. The vehicle mechanics are quite decent already, driving isn’t hard and doesn’t feel weird like some games that implement driving as an afterthought. There are currently a couple of bugs with the collision of vehicles that can send it flying, but this is infrequent and often more hilarious than infuriating. 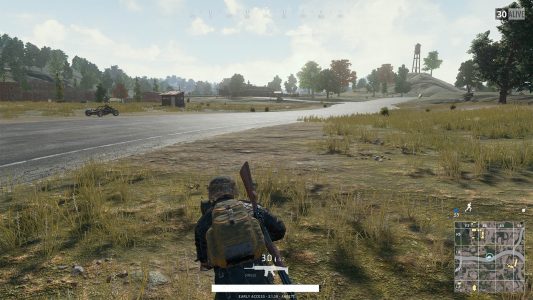 THE ROAD TO THE FUTURE

The developer is currently focusing on performing some major optimisations to the game’s performance and moving a lot of the client-side checks to the server. However, in the future, the developer plans to add the ability for custom games, a hardcore mode with first-person only, new maps, weapons and more. There will also obviously be more clothing items added, however, I have not seen any indication whether the crates, which are currently bought with in-game currency earned from matches, will become microtransactions as well.

The biggest keynote from the developer is that they will also be providing the players with the ability to mod the game with the Unreal Engine Dev Kit. This will give modders access to all the assets in the game and allow them to create new content, game modes, and features. The ability to mod the game will surely give it more appeal and I for one hope to see game modes from Arma such as King of the Hill and Wasteland make the transition over to PUBG.

Overall, the game has a solid foundation and is definitely addictive. It is a little rough around the edges at the moment but in a state where it is completely playable and not lacking any major features. If you don’t mind playing with a few hiccups and love the Battle Royale genre, then PLAYERUNKNOWN’s Battlegrounds is definitely worth a buy. You can pick up a copy of the game by heading over to the game’s Steam page.