March Brings the Love to Lowsec 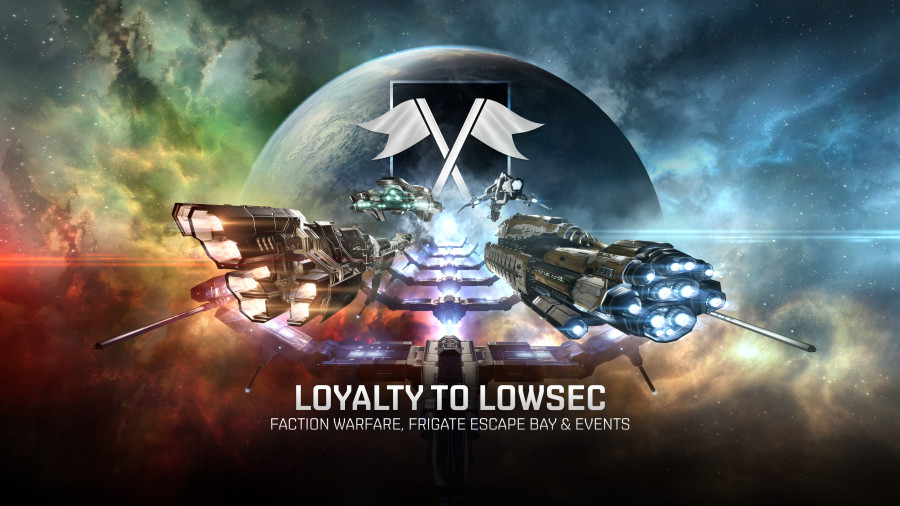 In a new post today, CCP Dopamine shared details of the upcoming “Loyalty to Lowsec” update coming to New Eden on March 24. Those who make a living in Low Security space are going to feel the love from CCP this round.

CCP Dopamine began by noting changes to the mechanics of Faction Warfare, to include increased Loyalty Point (LP) awards for PvP kills and reduced LP awards for agent missions. The goal, CCP Dopamine said, is to increase the value of Faction Warfare relative to other means of earning factional loyalty—augmented by additional temporary increases to PvP loot drops, warp speed, and Skill Point rewards for PvP.

From a gameplay perspective, CCP Dopamine outlined an increase in the activation radius around acceleration gates, allowing entry into plexes with less chance of being tackled right out of the gate.

“This will effectively re-introduce the player-emergent behavior of ‘gate sliding,’ and will be supported by the introduction of perimeter lighting around the acceleration gates to indicate the extent of the activation region surrounding it,” he wrote in today’s Devblog. CCP Paradox posted additional detail on these changes in a separate forum thread, and also noted that pilots entering a plex as a non-FW member will incur a 15-minute Suspect timer, and a new FW Plex type will be added for Battleships and below. The current “Large” Complexes will be renamed “Open” since they are unrestricted and lack acceleration gates, and the new “[Racial] Large Outpost” will allow Battleships along with smaller vessels.

Reactions to CCP Paradox’s forum post expressed gratitude to CCP for the changes, mixed with skepticism that it would solve the problems many capsuleers have with Faction Warfare mechanics. Some were hoping for a simple return to “gate sliding,” rather than new mechanics to act as a substitute.

CCP Dopamine also referenced the new Battleship-sized plexes, tying them to the much-memed new Frigate Escape Bay functionality coming to battleships in this same update. He also announced a new “Champions of Lowsec” competition from March 26-31. “Inspired by the legendary Kings of Lowsec contest that took place in 2013, which was a 24 hour Lowsec killing spree, the contest to crown a champion of Lowsec will be returning to New Eden.”

In this new competition, “The alliance that accrues the highest ISK value of Lowsec PvP kills in that time will receive awesome rewards, and their alliance’s flag will be flown proudly on top of the Groska building, the new home of CCP’s Reykjavik office, for a month!”

CCP tops off the gifts to Lowsec residents with 25% off certain skins for ships commonly used in faction warfare, as well as battleship skins that CCP no doubt hopes will become popular as they drive players to bring more of the larger hulls into Lowsec PvP.

That much, at least, remains to be seen. It’s certainly true, though, that CCP is attempting to drive traffic in New Eden to Lowsec. With how much success, only time—and the killboards—will tell.