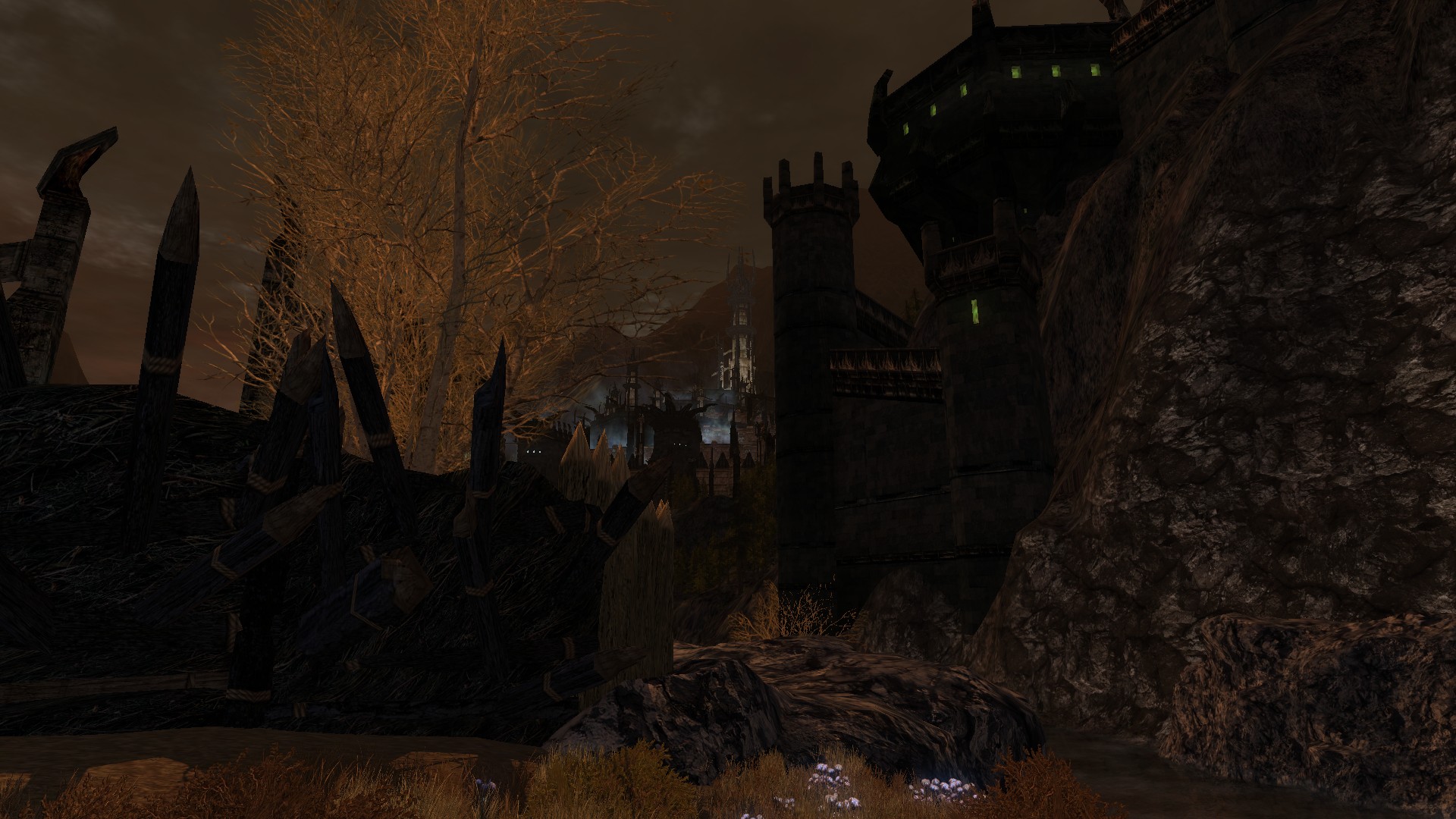 Standing Stone Games has opened preorders for the 7th expansion to their game, Lord of the Rings Online. This one will open up the dead city of Minas Morgul and allow players to kill the giant spider Shelob. As Lord of the Rings Online is a currently active MMO, a preorder of one of the various packs will get players cosmetics and other items they can use immediately. The best thing: the Collector’s Edition and Ultimate Fan Bundle both come with a dog pet. The expansion is scheduled to go live on October 29.

It’s a pretty open secret that I’m a masochist, but lately CCP’s actions have caused me to safeword right out of EVE—along with a tonne of other people, it seems. As a result, what was my secondary MMO, Lord of the Rings Online, has become my primary MMO. Lord of the Rings Online is totally different from EVE, in a good way! Firstly, the community isn’t even 1% as salty or assholish as EVE’s community is. Secondly, Standing Stone Games, the developers of LOTRO don’t actively hate their customers and players like CCP hates theirs. They’re not perfect, but compared to CCP, SSG is awesome. If CCP is Sauron, SSG is Aulë. (We’ve got tonnes more where that comes from.) A group of employees from Turbine basically brought out the rights and the game in 2016 to form Standing Stone Games and keep working on their game. Lastly, there’s almost no PVP in LOTRO. There is some, but it’s off to the side. So, as a result, LOTRO is a nice, relaxing, friendly game to play with friends and make new friends.

Lord of the Rings Online is based off J. R. R. Tolkien’s Lord of the Rings novels that Peter Jackson made into Oscar-acclaimed trilogy that more or less every nerd ever saw. So, I assume everyone reading this is familiar with the world of Middle Earth. For the dedicated fans, it’s only the Lord of the Rings books that SSG has the rights to; don’t expect to see any stuff from The Silmarillion. As a huge fan of the movies, when Arrendis mentioned it, I decided to give the game a shot. Since then, our High Elves—I assume Noldor, but because of the rights issues, the game calls them High Elves—have wandered across Middle Earth killing every single servant of evil we came across. It’s actually been pretty cool to see some of the things from the movies and books in the game. The battle for Helm’s Deep sequences in the game are quite fun.

LOTRO came out in 2007. Since then, like pretty much every MMO, there was a free to play addition. There is also a cash shop, with some things that a player can buy to make their character better, flat out. I’d accuse it of being pay to win, but since there’s no PVP, it’s hard to get my panties in a twist. All the direct-impact gameplay items can also be gained through the usual play, as well. LOTRO is a game that one plays for the fun and the story. Even an obsessive-compulsive mixmaxer like myself has a hard time going hardcore. Let’s just say that a LOTRO player will never need a spreadsheet to play the game.

Those wishing to check it out can go to lotro.com to get started.