Good evening, and welcome to our coverage of the Keepstar armour timer in 9-4RP2.

The Imperium reinforced the Horde Keepstar last night, and are rumoured to be forming up for the armour timer right now. At present there are 1600 in local, mostly Horde & GOTG, although NC have started arriving in system as well.

Meanwhile, down in 0SHT-A, there is a Fortizar coming out, that TEST might be attacking.

The timer comes out at 2023, and we will keep you updated as the evening progresses.  You can also watch over on INN Twitch, where Joe Barbarian is joined by Moomin Amatin and Katrina Blueflame.

2012: Tidi has kicked in, but is only low at the moment. Adashboard is down.  NC are present in Machariels.

2020 Imperium have arrived in system in Machariels. Local is at 2300

2024: no cynojam in system yet, timer has begun counting down. Tidi is at max.

2027: PL have a small raven fleet down in H-GKI6 in Providence, shooting at a Fortizar.  Back in 9-4, the Keepstar has fired a doomsday.  Imperium forces have now arrived in local properly, with 3 cap/supercap fleets arriving via cyno. They have dropped several structures in the system, and have landed at those in tether.  NC Supercaps have been rumoured to be making their way up.

2035: Client crashes reported, 3200 in local. Dscan here. Timer is at 9 minutes, unpaused at the moment. Imperium are deploying fighters from tether, and the Machariel fleet has been engaged.

2040: 2 Titans reported down. Zkill for the system is here.  Titan kills are two Northern Coalition Ragnaroks  Tidi is hell.

2050: Keepstar is going to repair it seems.  INNs Rose Knightley managed to get this shot before client disconnect 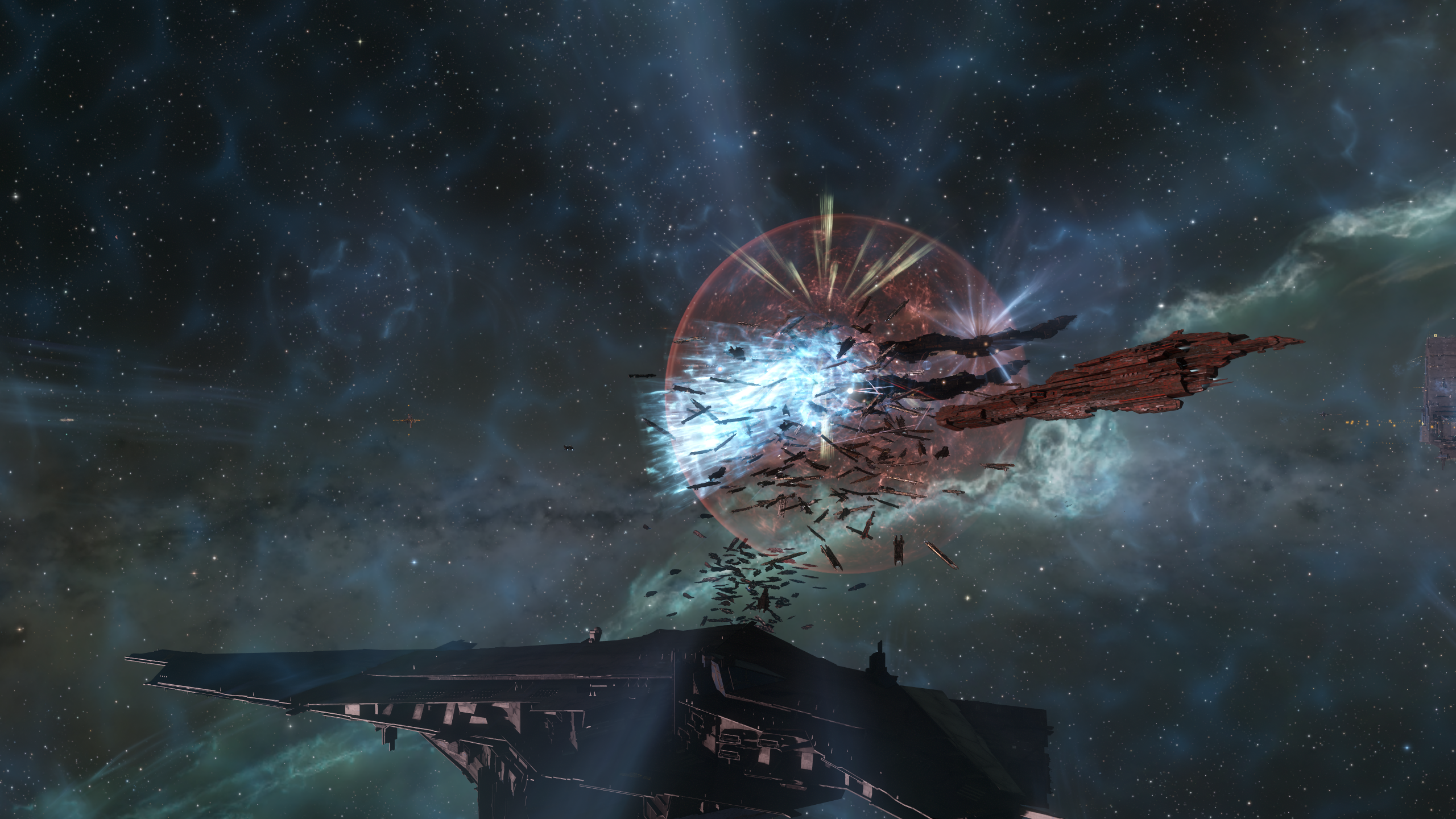 2051: Keepstar has repaired, but it is vulnerable for the next 4 hours, so the fight could continue to put it back into armour timer.  Meanwhile, the Imperium structures are continuing to online in the system.

2054: Tidi is at 14%, both sides are still on field. It looks like they will be hanging around for the duration of the vulnerability. Imperium now have a Fortizar onlined in the system, and a number of Astrahus are finishing off their anchoring timers.

General feeling is that this is the first move in what can be a drawn-out series of fights that will happen in 9-4RP2, so, it looks like after a slow start to winter, things are picking up. Whether anything else happens tonight depends on whether Pandemic Horde stick around for the next 3-4 hours while the Keepstar is vulnerable.

Unless anything else happens, I will leave you with pictures of the Keepstar doomsday firing, again from Rose Knightley. 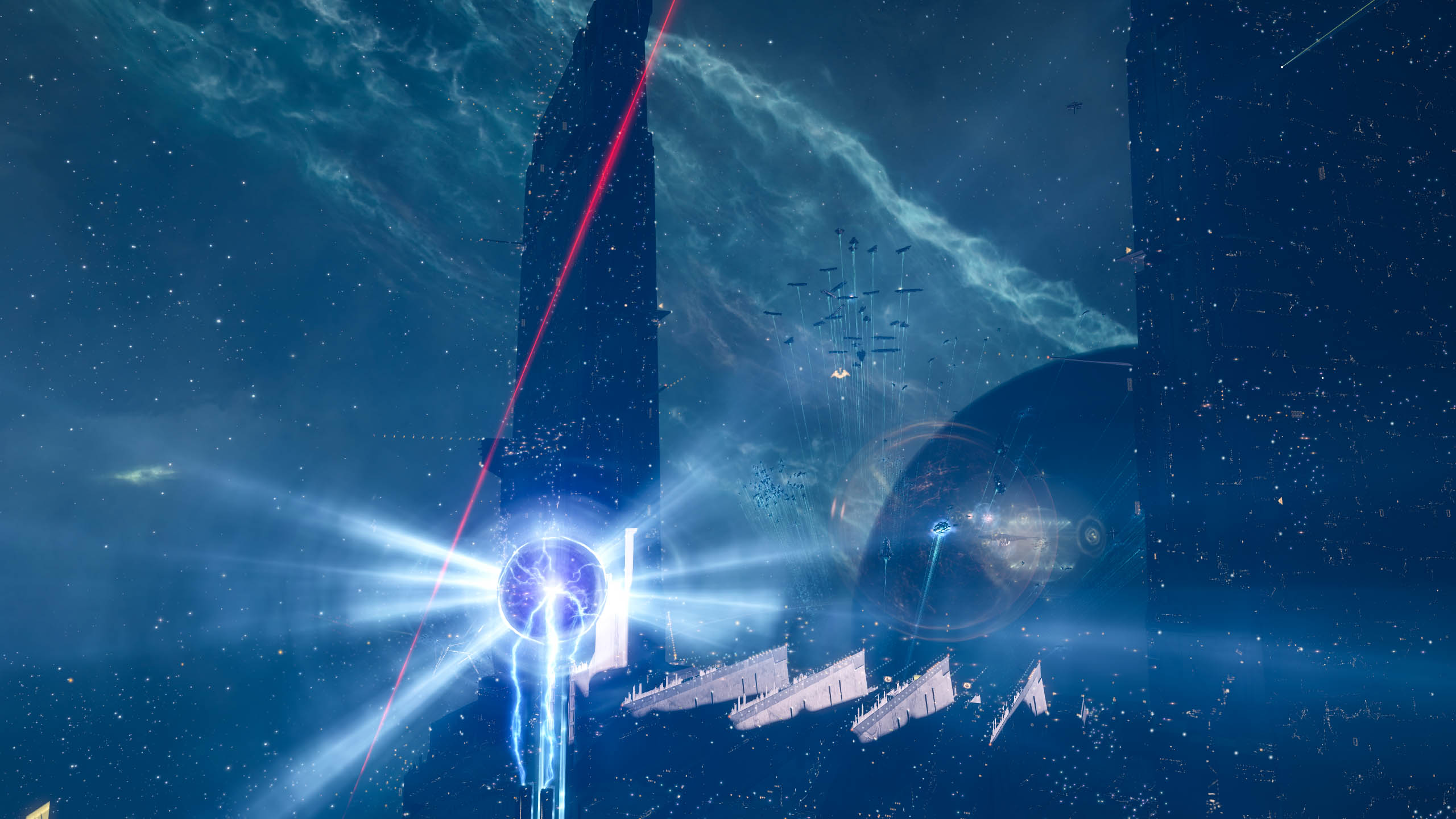 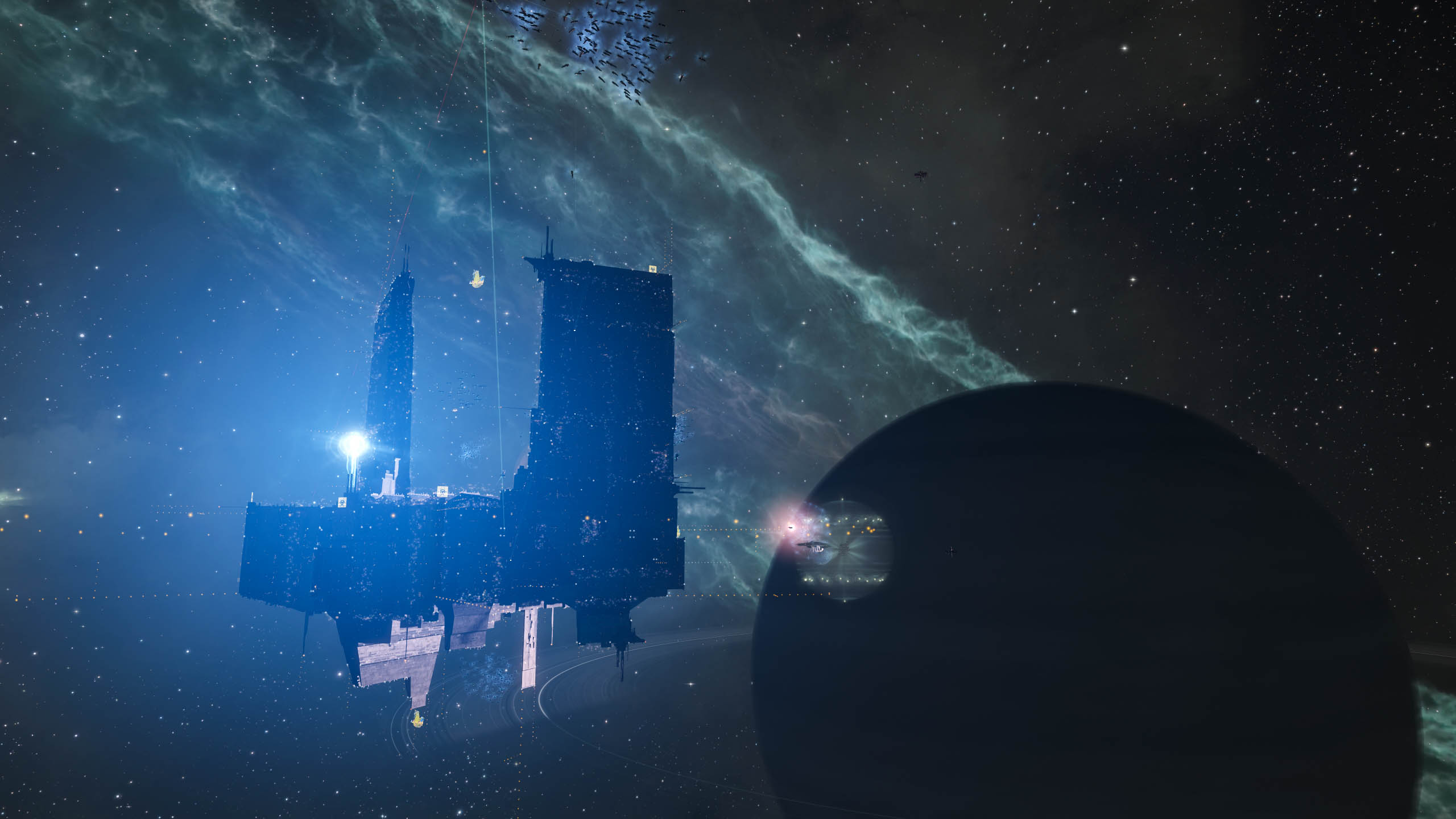 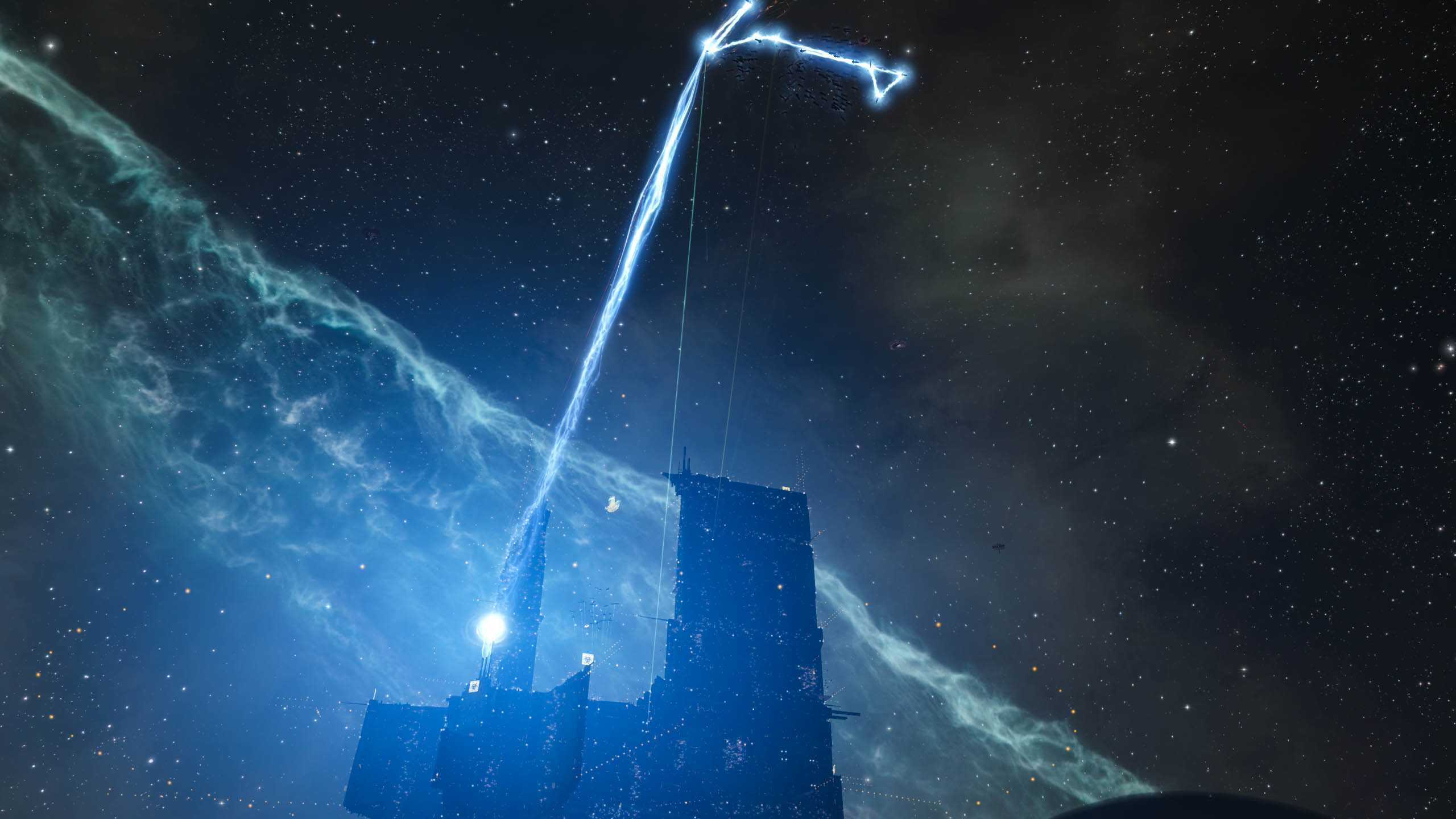 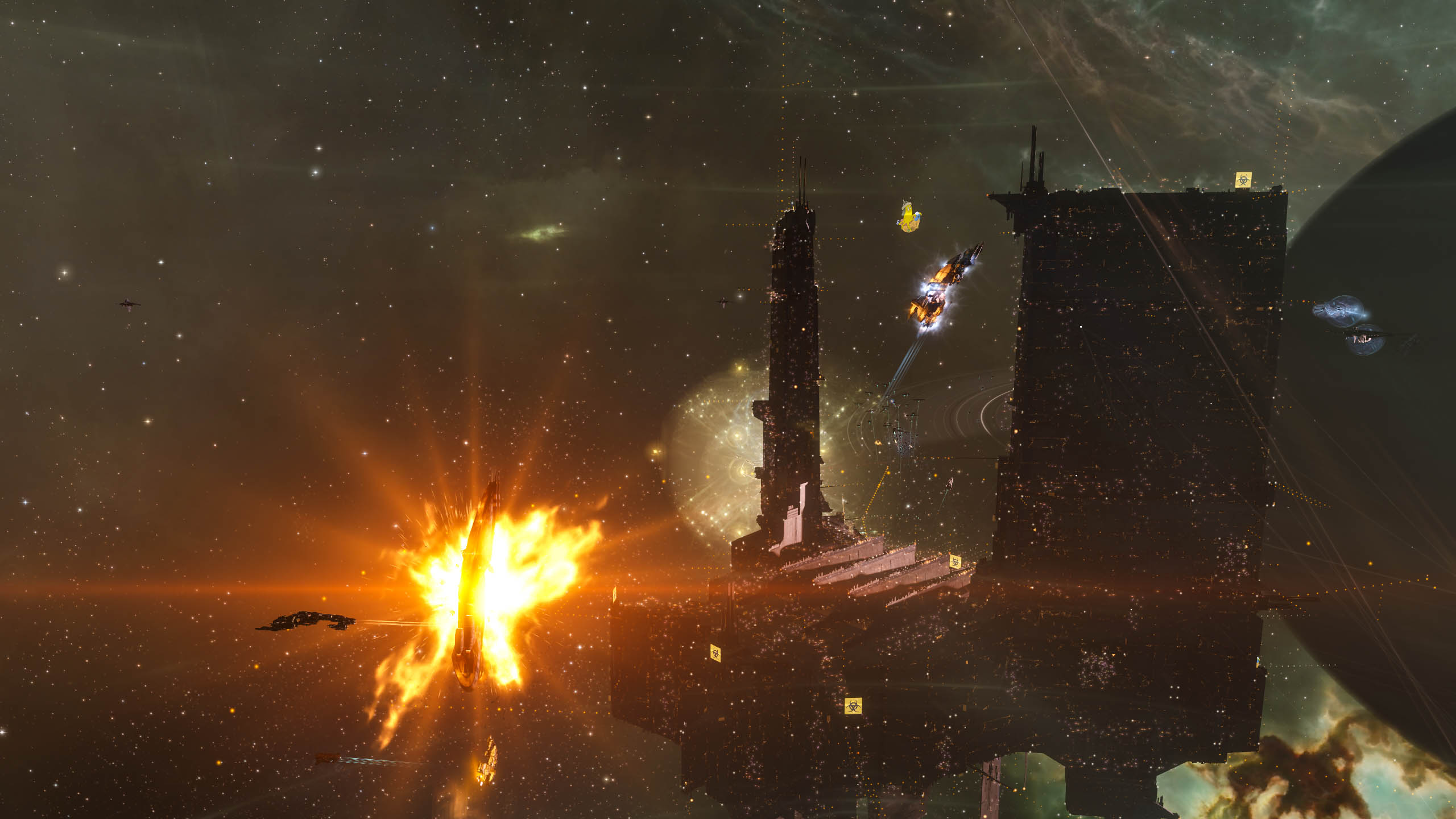 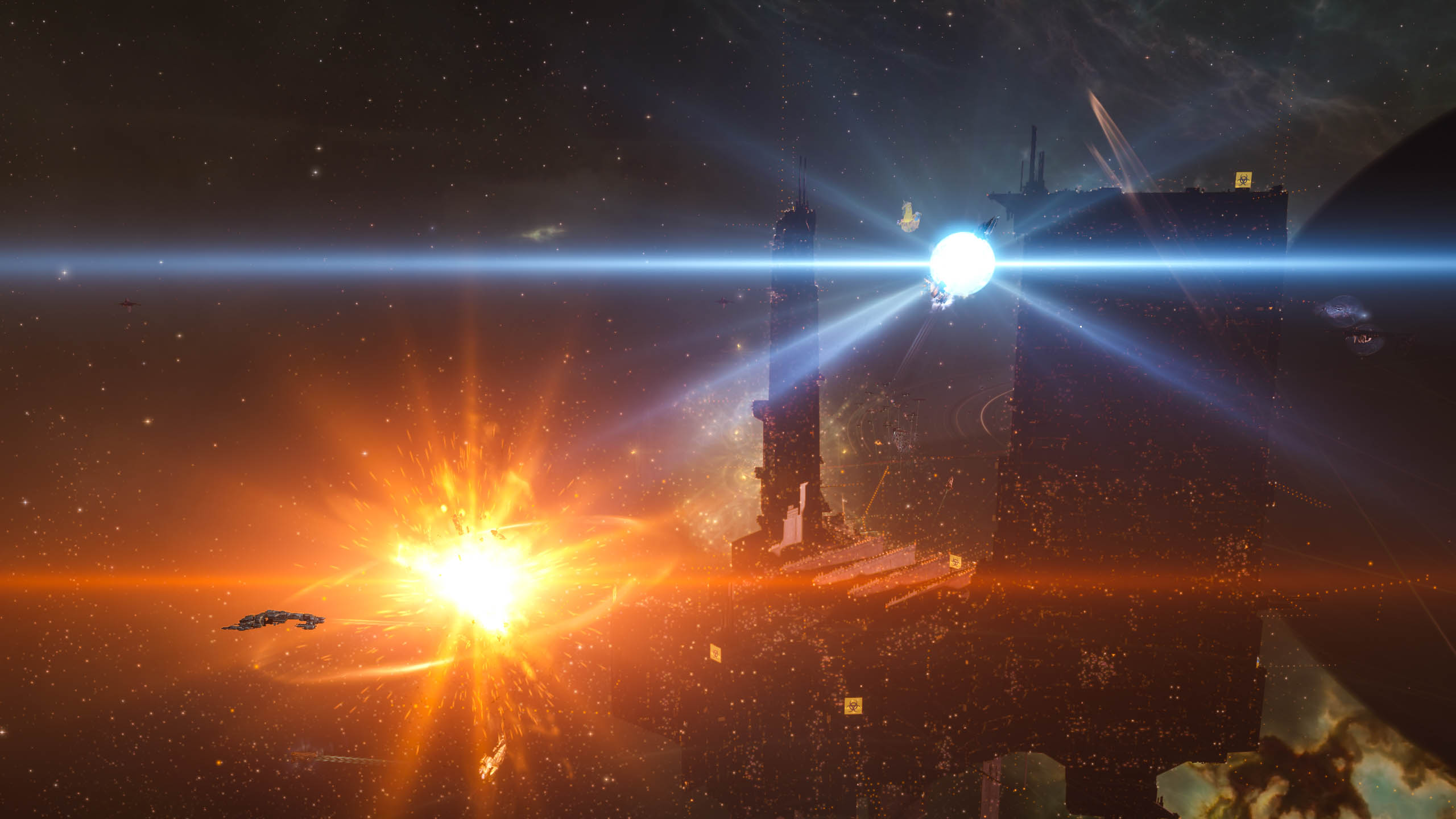 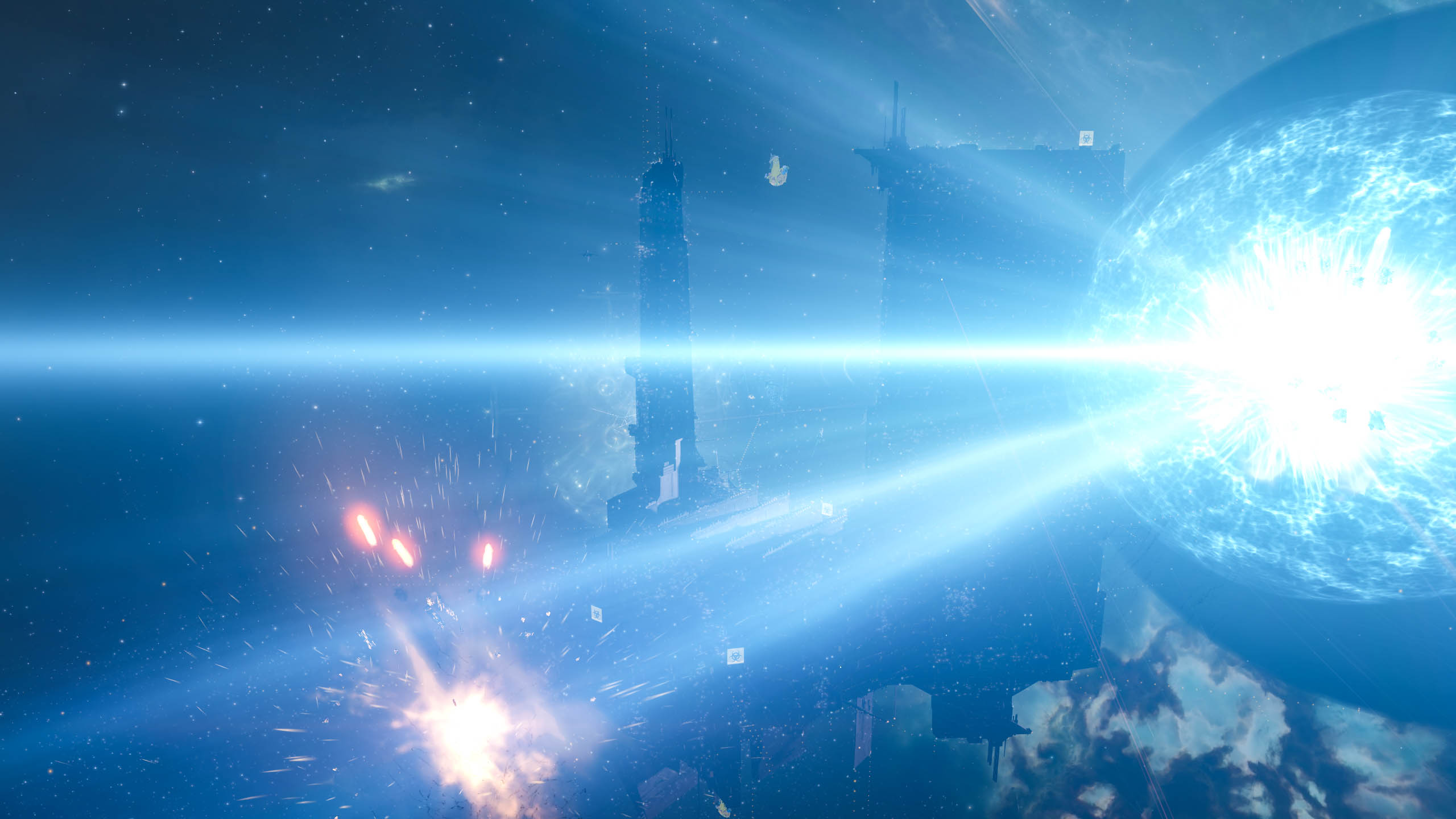 It also looks like PL were successful down in H-G in Providence.

2140: Xenuria is now in local. Imperium Fighters are heading towards the Keepstar.

2200: WW2 analogies have broken out on INN Twitch. Fighters are still going towards the Keepstar.

2211:  Fighters are being recalled and switched around. Keepstar still paused, local dropping.  Discord and Twitch are seeing more action than 9-4 right now, but it looks like the Keepstar will be reinforced. There will likely be an armour timer tomorrow again.