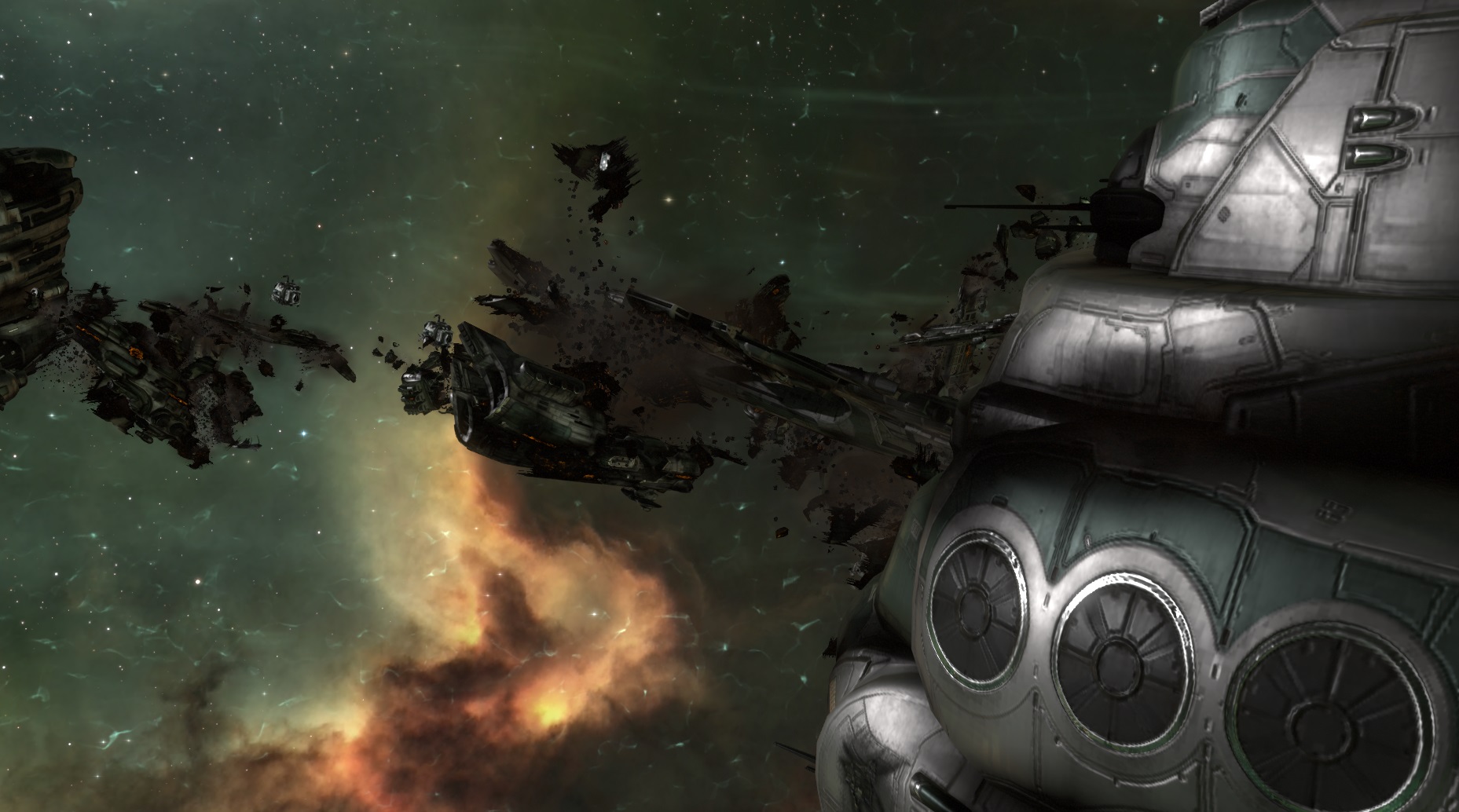 “Damn it! Recruit, do you remember anything from the attack? Did you see the Drifter attack swarm warp in and gut your fleet? Feel panic and fear as ships burned all around you? I imagine you remember at least that.”

A fitting welcome to EVE Online: Destroy or be destroyed. The EVE New Player Experience (or NPE for short) has always been a matter of heavy discussion amongst the community, and for good reason: when a game is able to retain new players for long enough to get them socializing, it stands to reason that the game should live a long healthy life. Though EVE has been widely known to be brutally tough on new players in the past, it has also been around long enough to prove that the nature of the game served to strengthen the player base rather than weaken it. As much as CCP has been tweaking the NPE over the years in an effort to try to ease the new players into the game, it’s never really been anything to scream home about: a couple of simple tasks to learn the controls, go to the Career Agents, good luck kid, fly safe. The rookie chat is over there.

Now, however, CCP has stepped up to the plate with something with a little bit more punch. The New New Player Experience is here, and it may do a great deal to get a new wave of players addicted to EVE. You spawn in space in a rookie ship (apparently called a training corvette) and are immediately hailed by a fleet commander specific to your chosen race. The fleet commander gives you a quick hint of the battle that happened before you spawned before passing you over to Aura to learn the basic controls. All of this dialog is done through voice over, which allows the player to immerse themselves in the scene before them. 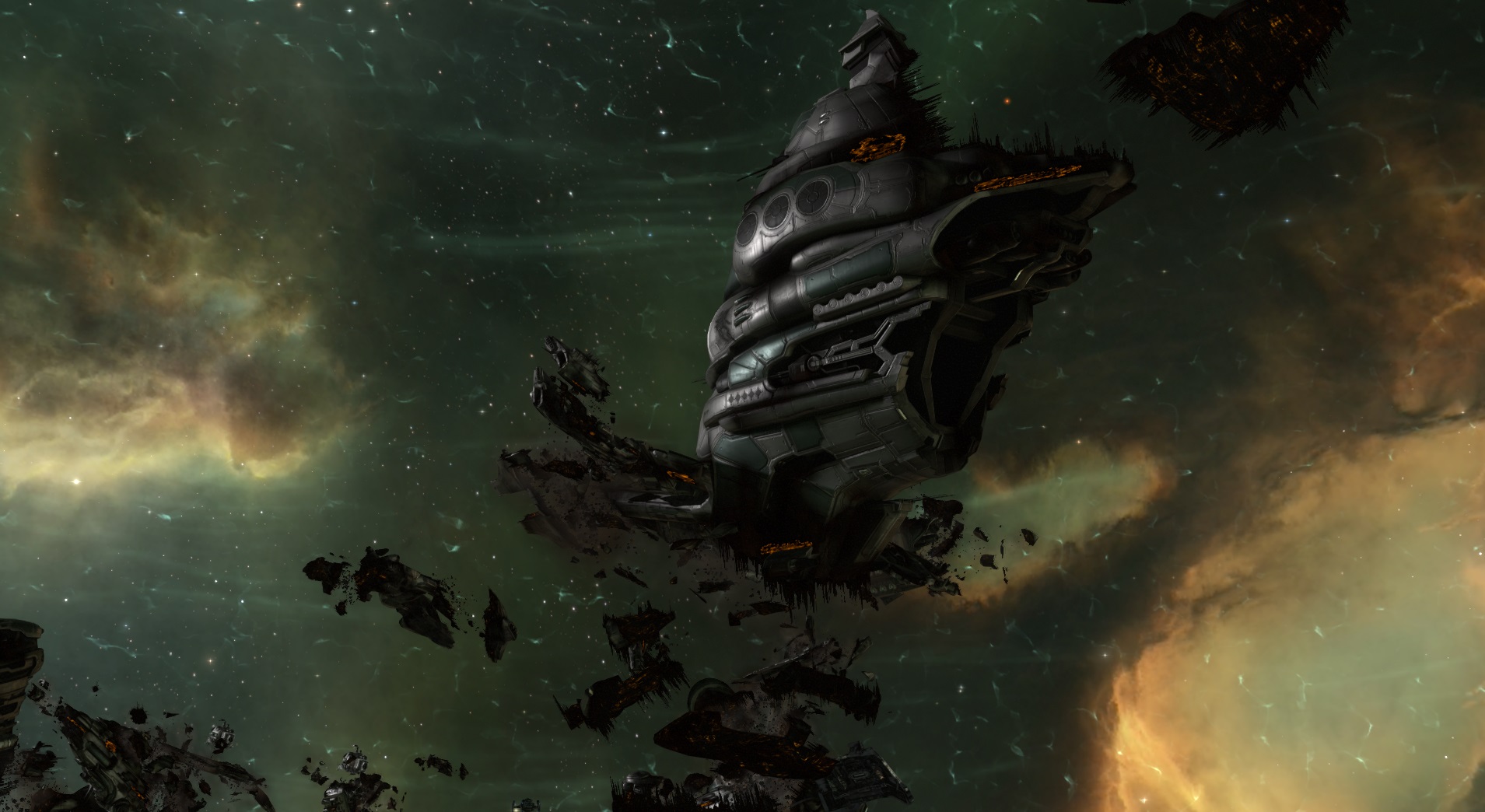 It’s quite the sight to see! Before long, Aura has the player attacking enemy ships and drilling a basic EVE combat mantra: Approach, Lock, Orbit, Shoot. Sure, it’s not the be-all-end-all of combat in the game, but it’s certainly a good first thing for new players to learn. Along with all of this new voice acting comes a new voice for your regular Aura voice prompts, by the way, so veteran players will have a new voice to get used to telling them that they can’t set a destination to the same waypoint twice. Now that the player is accustomed to the controls, it’s time to move things right along. The Drifters send in a squadron of battleships to chase you off, adding once again to the sense of immersion and urgency. 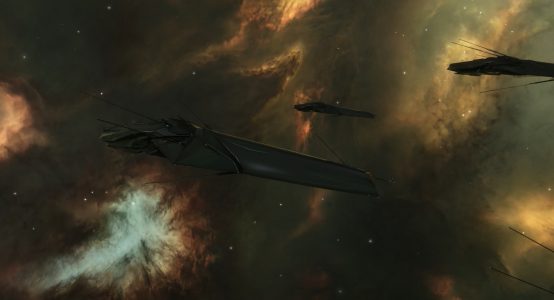 The narrative keeps the player moving forward, and seamlessly switches from combat to industry while constantly keeping the player immersed in the story with the dialog from the fleet commander and Aura. While you produce a module for your ship, the fleet commander explains the next step in the story. When she’s finished talking, the module is ready to go, and you’re back in the action again!

There’s no shortage of cues to keep the bright-eyed and bushy-tailed new player on track through these opening stages. The New NPE introduces some fresh UI elements, such as the Operations Info Panel: 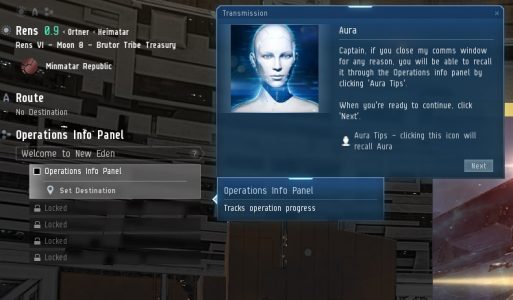 It’s basically a freshened up version of the mission panel, which sometimes almost made things seem too easy in the tutorial, allowing the player to basically do all of their navigating by clicking the buttons on the Info Panel. It would be useful if players could create their own Info Panel plans to keep potential fleets of new players on point, but that’s perhaps not really feasible. Nonetheless, a great tool to help keep the new players on task.

Along with the cleaned up Info Panel, the tutorial also has some handy Tooltips that pop up and point out both targets and recommended actions for the player:

There are a couple of times when the graphic covers things up and it can’t be closed, but overall it offers a great visual cue to let the new players know where to click as they’re getting familiar with the game. We all know that all of the menus and buttons can be kind of overwhelming at first with EVE, so it’s probably good to give the new player a sort of sign with flashing neon lights so that they know where things are as they’re playing through the tutorial.

Back to the story, you’ve been sent to a Sisters of Eve data site that was raided by Drifters. The player has to cruise through a few kilometers of debris to get to the Data Core, enough that it’s difficult to see through. With all kinds of unknown things showing up on the overview and some weird looking objects looming in the distance, it’s hard not to get an eerie feeling as you slow boat to the Data Core (first person view works to add to that effect in this particular scene). Once you’ve made it to the Data Core, you have to hack it, so the tutorial takes you through the hacking interface and gives you a simple one to complete. As you retrieve the information inside, you’re treated to a bit of a light show and are asked to report to a staging citadel for a battle against the Drifter Hive. 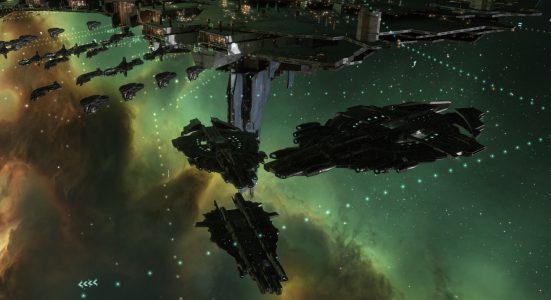 The player lands a few kilometers away from an Astrahus with a full compliment of ships that they’ll eventually (if they stick around long enough) be able to pilot! It’s a pretty neat opportunity for the new player to be able to freely poke around looking at many of the different ships their particular race has to offer, all lined up in fleet formation. 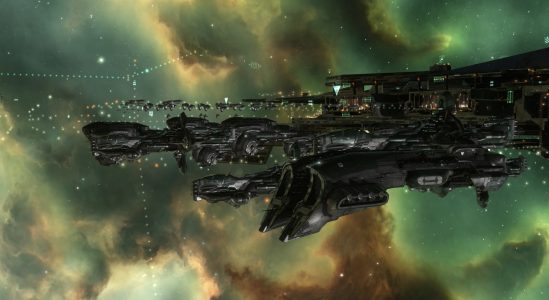 There’s a whole lot of ships to look at for the new player, along with getting their first look at an Astrahus citadel with its assortment of lights and signs. The scene is once again accompanied by various radio chatter from NPCs in the fleet, once again giving the scene that feeling of life and immersion rather than simply being a book that you happen to fly space ships in.

After a little bit more flying around and doing tutorial oriented things, the fleet makes their way to the Drifter Hive, where a battle ensues and the Fleet Commander issues orders to the player to keep them on task. The battle scene is just as epic as any of the other scenes in the tutorial, with plenty of action happening and plenty to look at for a player who has never seen something like it. 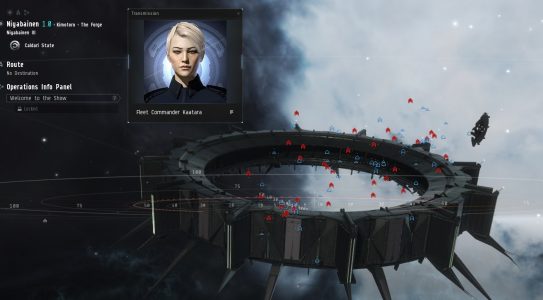 One key thing that this battle demonstrates to the new player is that every ship and every player is important, right down to the simple Tackle Frigate. Though the tutorial maybe exaggerates the effectiveness of a frigate and its ability to blow up a ship many times its size, it still shows that there is plenty of opportunity for even the newest player to get involved and make a difference in a big battle.

With the foe vanquished for that particular battle, the player finds both their ship and their pod destroyed. There are some players who in the past have gone through the game for impressive stretches of time without ever seeing their pod destroyed for one reason or another, but the new players will have gained that experience in their first hour of play. You receive your first kill report, and realize that this is something that happens in the game, and it’s totally okay. As long as you fly what you can afford, then getting blown up should be something that is easy to accept, and this tutorial does a good job of demonstrating that.

You wake up in your home station with a ‘Thank You’ package from your Fleet Commander ready to be redeemed. The package contains a Venture with some simple fittings to get you going, as well as a Blueprint to make a frigate, of course specific to the race you choose at the beginning of the game. The player is pointed towards the Career Agents, and that brings the cinematic NPE to a close!

So, is this the key to convincing new players to stick with EVE? Maybe, maybe not. Only time will tell. With the predicted influx of players that we’ll be seeing with the introduction of Alpha Clones, this tutorial will certainly serve as a great primer for those playing the game for the first time, and will hopefully be the hook to get them to invest a little more time in finding out what the game has to offer. One could argue that there are still ways that the new player experience can be improved, and there’s no doubt that CCP will continue to change it over time, but it seems like they’ve finally produced something for the new players that they can be proud of. Even if it makes the learning curve (cliff) of EVE just a little bit less steep, maybe it’ll be enough for a few more of the new players to climb over it and call New Eden home.