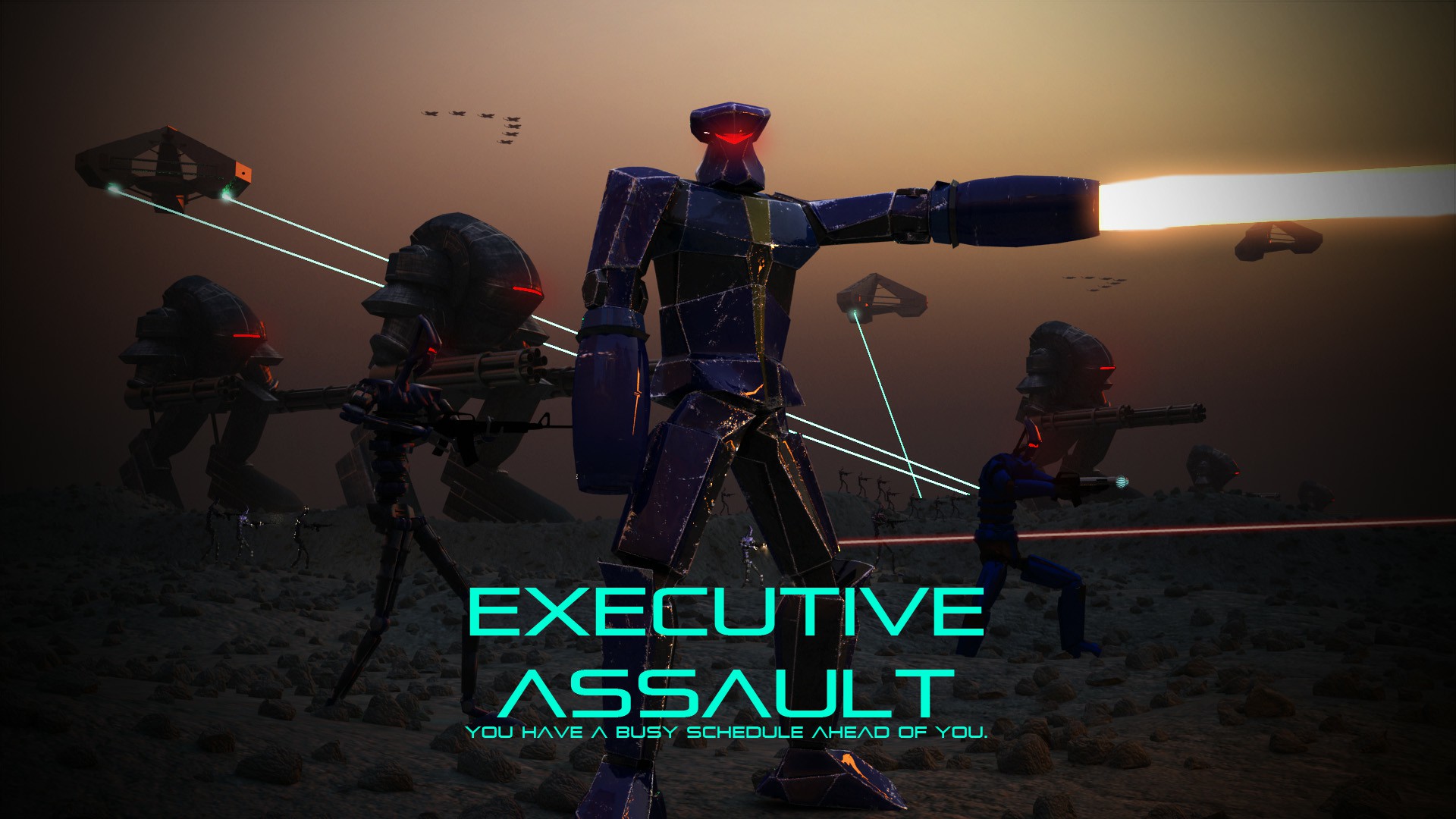 Iconic is a word reserved for the best titles gaming has to offer. Many people have personal favorites, but a few titles are always mentioned.

Among those is StarCraft.

Real-time strategy (RTS) games date back to the early 80s, but StarCraft is the title that made them a worldwide phenomenon.

In the following years the RTS genre added a wealth of new titles (both passable and popular) and eventually spawned multiplayer online battle arena (MOBA) games, like League of Legends, Defense of the Ancients 2, and Heroes of the Storm.

More Recently, RTS games have moved farther from the formula that defines the genre’s inception. More than ever, “traditional” offerings are becoming increasingly difficult to find. Generally, that hasn’t been a bad thing.

Executive Assault is a fusion of RTS and FPS. And that’s about it.

From overhead, the game plays about how you would expect: produce power, mine resources, build, and conquer the competition. 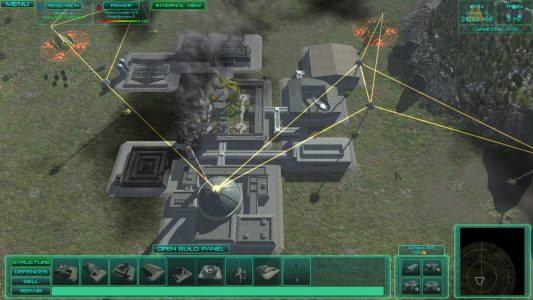 In first person the game functions, but directly controlling units is rarely more beneficial than allowing the AI to deal with things. That, and the visuals (ironically, the max setting is “My Eyes!”) are rough enough to keep the player from wanting to spend time on the ground. 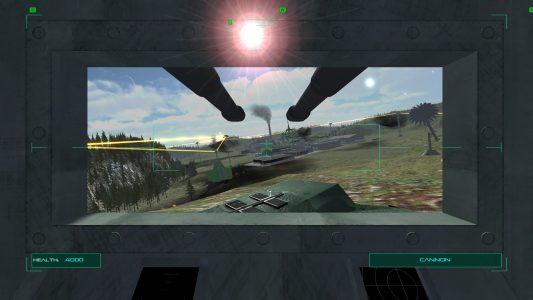 Yet the player is forced to start each match in first person, a reminder that the component is integral. Essential. 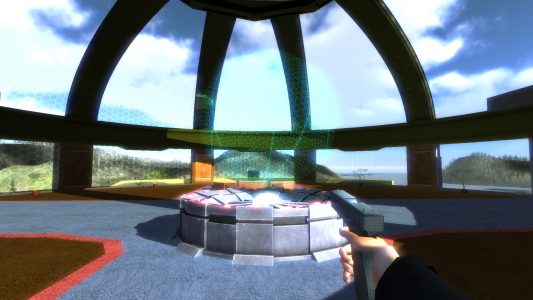 Each match of Executive Assault can be won without assuming direct control of any units or the Executive, so I’m not sure it is. Yet the inclusion of an FPS mode seems to have inspired two unique in-game systems – base building and internal defenses. 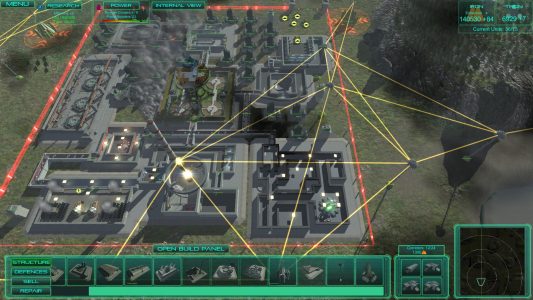 Usually, base building in RTS games requires a mix of skillfully placed perimeter defenses and units. To a degree, Executive Assault requires the same attention to detail, but due to the game’s interesting end game goal (assassination of a rival Executive), base building becomes somewhat of an art form.

A simple base means an easy path to a player’s Executive. But a more thoughtful layout can spell difficulties for an assaulting force, especially when combined with well-researched internal defenses. A well-planned base means a more complex internal structure, and more opportunity to place turrets and bulkheads to keep invading forces at bay.

Of course, this layer of complexity manifests itself most prominently at the RTS level, but spend some time wandering around in first person and it becomes clear that the developer put a bit more thought into base building and internal defenses than expected.

The executive, or a robot under the executive’s control, can operate each building (and bulkhead) in first person. This means that basic units can be produced via consoles at corresponding buildings.

Sabotage of an enemy installation is also a possibility, but only by turning the coolant in the power plant off. Keeping the coolant off for two minutes treats the player to a massive explosion – fun to watch from any angle.

Even so, the FPS component is more smoke than fire.

With Our Powers Combined

The single player shortcomings are partially alleviated by a considerably insane multiplayer mode.

There are two separate game types when playing multiplayer. First is a simple free-for-all that supports two to four players. This plays just like the single player component of the game and follows the same rules.

Then, there’s the “Allow Executrons” option.

Allowing Executrons means that four human players can serve under a single Executive. While these four players remain in first person at all times, they are capable of interacting with building terminals and controlling vehicles.

With only four people, multiplayer is a total mess (in the most hilarious way imaginable). And the game supports up to twenty total players – four Executives, each with four Executrons.

Having played as both the Executive and Executron, I can say that this mode of play can be fun, and frustrating. Those playing as the Executrons must wait for the Executive to research upgrades to their robotic chassis and build vehicles to pilot. This makes the early game less fun than it could be (as even the two-player maps are entirely too large).

And early game frustrations are eventually replaced by different woes.

For instance, Executrons are incapable of opening and closing bulkheads set up by the Executive. This means that without a path out of the base, players can become trapped and unable to leave without utilizing friendly fire to create their own exit. Further, with no first-person mini map it is exceedingly easy to get lost in a base as it develops over the course of a game.

So, despite the improved experience, the seams still show.

Blinded Me With Science 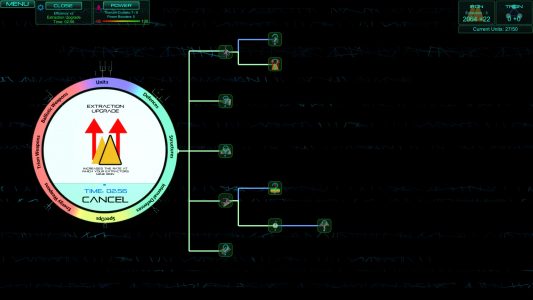 One aspect of the game that deserves serious praise is the tech tree, which is exhaustive. The Steam page advertises that there are over 140 technologies available for research. In game, this translates to a nearly bottomless tech tree. Four players could easily come up with separate, yet completely feasible design languages during a match. And this doesn’t even take into account the relative strengths and weaknesses of each vehicle and weapon type. There are so many options that the meta is alarmingly deep.

The size of the tech tree also feeds into the FPS gameplay, to a degree. The ability to continue researching new vehicles and weapons means that Executives and Executrons alike will have more than enough to play during the course of a game.

The only real downside is that the tech tree menu is somewhat disorienting. But besides that, I’m a real fan of just how much technology is at the player’s fingertips. Even after nine hours of play time, I have yet to see everything – a true testament to its magnitude.

Executive Assault is a deeply flawed game, but despite its missteps, I’m enamored by it. Neither the RTS or FPS offerings stand up as shining examples of their respective genres. And there are enough bugs and design issues to call both only tentatively playable.

But I would be wrong to say the game is completely without merit.

Executive Assault is impressive for something crafted by only one man. And though the idea isn’t quite there, enough of it was realized to give players a glimpse of what might have been. And, depending on the price, that’s enough.

At full price, the game goes for $12.99, which is insanely expensive for what Executive Assault delivers. But at $3.76, the Steam Holiday Sale price, the game is much more palatable, and worth much of the generosity I’ve afforded it. That being said, I’d suggest picking it up during the next sale. If only to experience something you never knew existed and probably didn’t want in the first place.

Just make sure to bring friends. And plenty of alcohol. 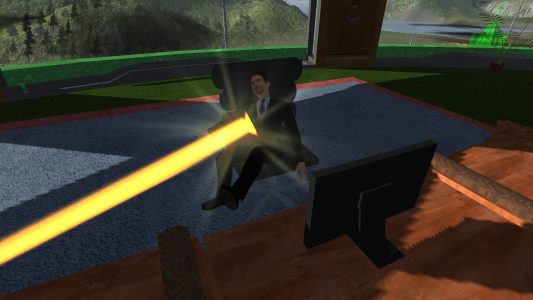