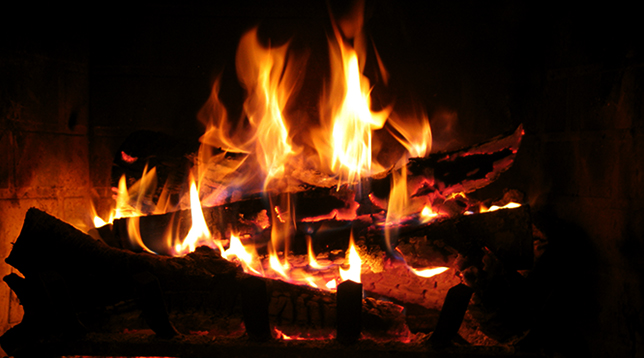 The holiday season is fast approaching, which means family, food, and maybe a little extra free time to do whatever you want to. If you’re anything like us, it’s very likely that you’ll fill this free time with video games, because that’s what free time is for, right?! You could sift through the ol’ collection and replay some classics, which is always fun… but with there being such a wide selection out there, why not try something new for a change? We’ve had a look at 5 games on Steam, picked completely at random, that will both fill your free time and maybe not be too heavy on the wallet. Who knows, maybe one of them will actually turn out to be a good game? 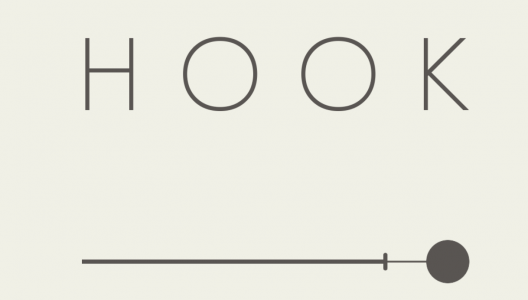 Let’s start off with a puzzle, shall we? Hook has a bit of an eye-catching nature about it, being purely black and white, which is probably what drew me to it in the first place. Sometimes with games giving you so much sensory overload with crazy colours and sounds, it’s nice to dial it back a bit and have some fun with something a bit more plain. Hook combines a straightforward puzzle design with relaxing music and sounds to provide a slower paced, yet immersive experience. As with any puzzle game, it starts you off by familiarizing you with some of the more simple puzzles, and progressively becomes more difficult as new elements are introduced. 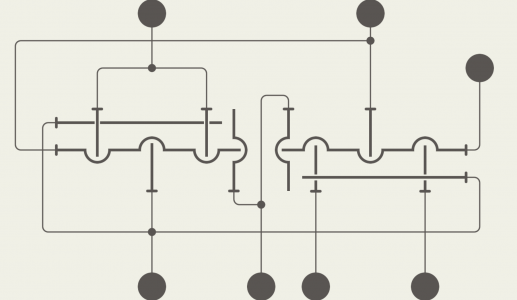 This game rewards the patient player with a discerning eye, as any wrong clicks will lead to resetting the puzzle and trying again. I made a goal of trying to finish each puzzle on the first run without making any mistakes, and was defeated in that goal pretty early on. The game is a bit on the short side, but for the money you pay for it I’d say it’s worth it. If you have some family over for the holidays that like puzzles you could challenge them to timed runs through the game, since it’s a decently intuitive affair for just about anyone. 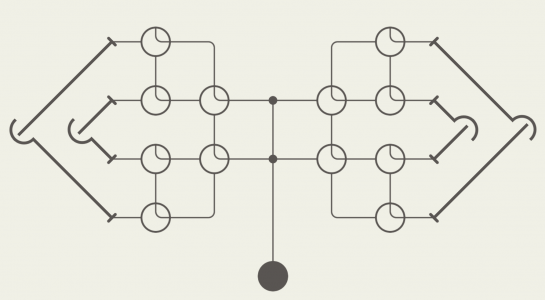 As fun as this is though, let’s pick up the pace a little bit here. 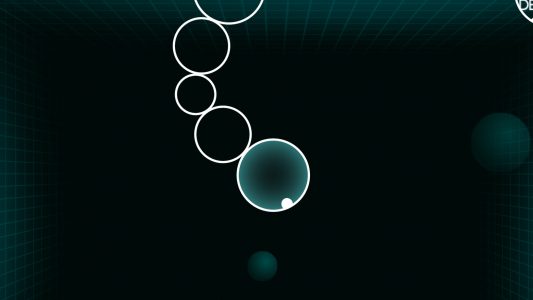 If Hook was the short, relaxing puzzle game, oO is its counterpoint, being a fast paced addictive arcade game that I may never beat no matter how hard I try. I picked this game simply because the title caught my eye, and it turned out to not be too bad of a choice! This game is another fairly minimalist game, similarly to Hook, there aren’t a whole lot of bells and whistles going on with this one though it has a bit more visual stimulation. The controls are simple: either press your spacebar or click your mouse. The goal is pretty simple as well, move your little dot from circle to circle using the space bar. Totally easy, right? The dot spins around the circles at a fairly quick rate of speed, so you have to have good reflexes to bounce the dot to the next circle right where the two circles join. Though it’s simple enough at first, it quickly starts to ramp up the difficulty, and before you know it you’re at face melting frustration difficulty. As it is, I had a few stumbles going through the first little introduction section of the game. 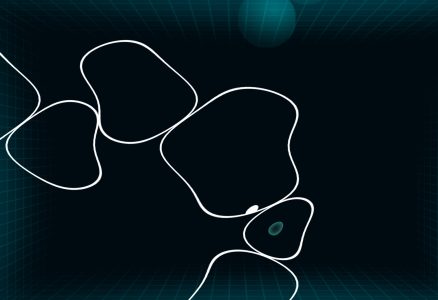 Even something as simple as making the graphics go all wavy completely changes the complexity of the game, making the simple introduction stage difficult enough for me to have to sit back and take a breath. As I was playing this game on my computer, the first thing I thought was, “I wish I could have this one my cell phone so I could never be bored in a long line up at the DMV ever again”, well it turns out that’s totally possible. oO is also available on both Android and iOS, so you can take the experience of complete and utter defeat with you everywhere.

Alright, we’ve got relaxation and devastating frustration out of the way, but maybe you’re looking for something with a bit more depth to it? 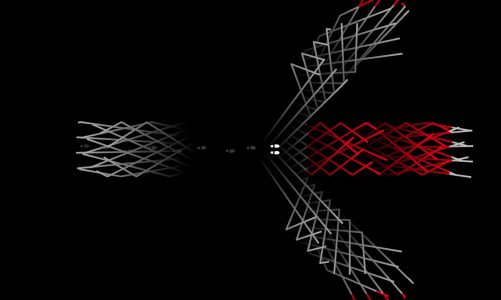 Dark Echo is a pretty unique concept. Imagine yourself in a pitch black room with nothing but the sounds that you make bouncing off the walls to guide your way. It’s a pretty eerie feeling,  and this game definitely capitalizes on that feeling. You play a pair of little white footprints, and you use the arrow keys and the space bar to move and make sounds that produce visual sonic waves that you can then follow to the exit. Of course, if it were that simple the game would be over pretty quickly. As you progress through the levels, the game starts to introduce some new sounds and dangerous elements to enhance the sense of suspense that you already get from trying to move around in the darkness. 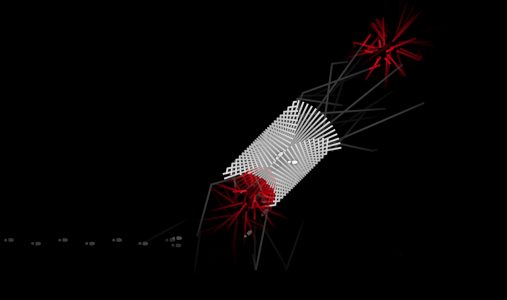 I never thought I could get chills from a bunch of red lines moving towards a pair of footprints, but it definitely happened. Not only are there static danger elements that you have to avoid, but there are also “monsters” that will move towards you once they hear you. The developer recommends that you use headphones to play this game with, and that definitely enhances the sense of immersion you get while playing. You’re able to hear all of the little nuances of sound that have been included. Though it may not be the most visually stimulating game on this list, it still has a cool visual element to it as well! I found myself making noise in some rooms just to watch the sound waves bounce off…that is, while I wasn’t being chased around by monsters. 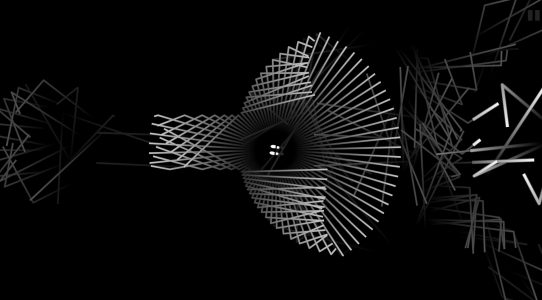 So far this random list of games is shaping up pretty nicely, and I haven’t even spent $5.99 yet! Not bad at all! 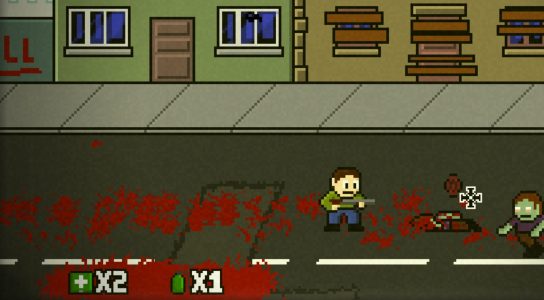 Now for something completely different! I was a huge fan of River City Ransom as a young fella, and this game looked similar to that one in the screenshots, so I was immediately drawn to it. As nostalgic as this game looks with its 8-bit graphics, Dead Pixels is a gory, fresh trip down the well trodden path of side scrolling brawlers. If you’ve ever played River City Ransom, then you know what you’re in for: make your way from one side of the map to the other, fighting bosses and goons along the way, with a little bit of action RPG stat building thrown in the mix. Dead Pixels takes that another step, however, and introduces the element of zombie survival into the mix. Rather than punching and kicking your way to victory, you’re given a shotgun with limited ammo and grenades at the beginning. Looting buildings will net you ammo, more weapons, and items to sell to traders. You have to be careful though, because there’s a limit to how much weight you can carry, and going overweight will slow your character down to a crawl. 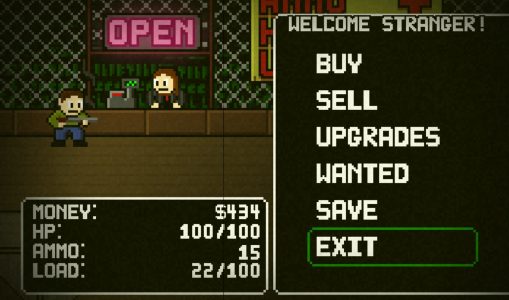 Though I haven’t played River City Ransom in a very long time, this game didn’t seem to be as gratifying an experience as I remember that game being. There was just something about running around and knocking out hoodlums with chains and garbage cans that really spoke to me as a youth, I guess. One thing that makes Dead Pixel a bit more fun is the ability to play with somebody else on the computer using a gamepad. Adding teamwork to the mix makes the game more interesting, and does certainly add to that nostalgic feel of playing 2-player games with siblings or your pals back in the day. I’m not so sure how much I would play this game solo, but the co-op makes it worth a look for sure! 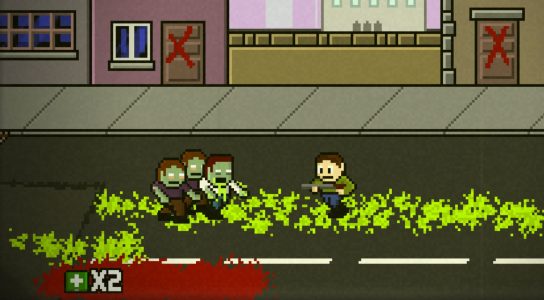 Still looking pretty good on this list, one more for the road!

Last but not least is What The Box. In this particular game, you play a cardboard box. Not just any cardboard box however, you are able to move, operate a box cutter, and shoot things (somehow). Those tools will come in handy because you’ll be playing online against other players also piloting cardboard boxes, and they’ll be trying to kill you. The game can be played in both third and first person, and has game modes ranging from standards like Deathmatch and Capture The Tape, to some different modes such as Juggerbox and One Bullet. The part that makes this game particularly interesting is that each of the maps is a warehouse full of cardboard boxes that all look identical to the players. This allows for an element of strategy, as a player then has the choice of either running around aggressively to try to destroy the opposition, or hiding amongst the inanimate boxes in an attempt to get some sneaky kills. 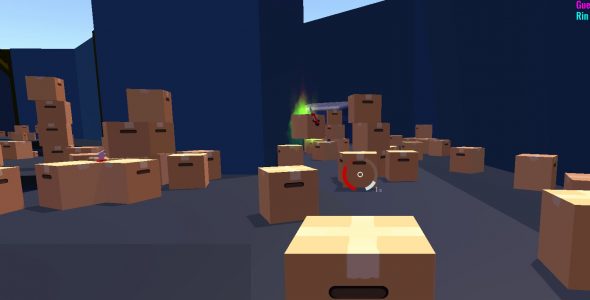 Though this game may have a really interesting concept behind it, there’s one problem that sticks out with it: it’s kind of difficult to get into an online multiplayer game when there is next to nobody playing it. I managed to find a couple of games to jump in on, and it’s possible that there are more people playing at different times of the day during the week, but overall the various room lists were somewhat bare. I would recommend this one to a group of friends who are fans of FPS type games, but are looking for something that’s a bit of a change of pace. Maybe even if you have family over for the holidays that brought laptops? For the solo player who wants to bounce from server to server getting kills however, this may not be such a great pick.

There we have it! If we’ve piqued your interest in any of these games at all, go have a look at Steam and give one a try! You only have a few bucks to lose!

(Note: All prices listed are in $CAD)