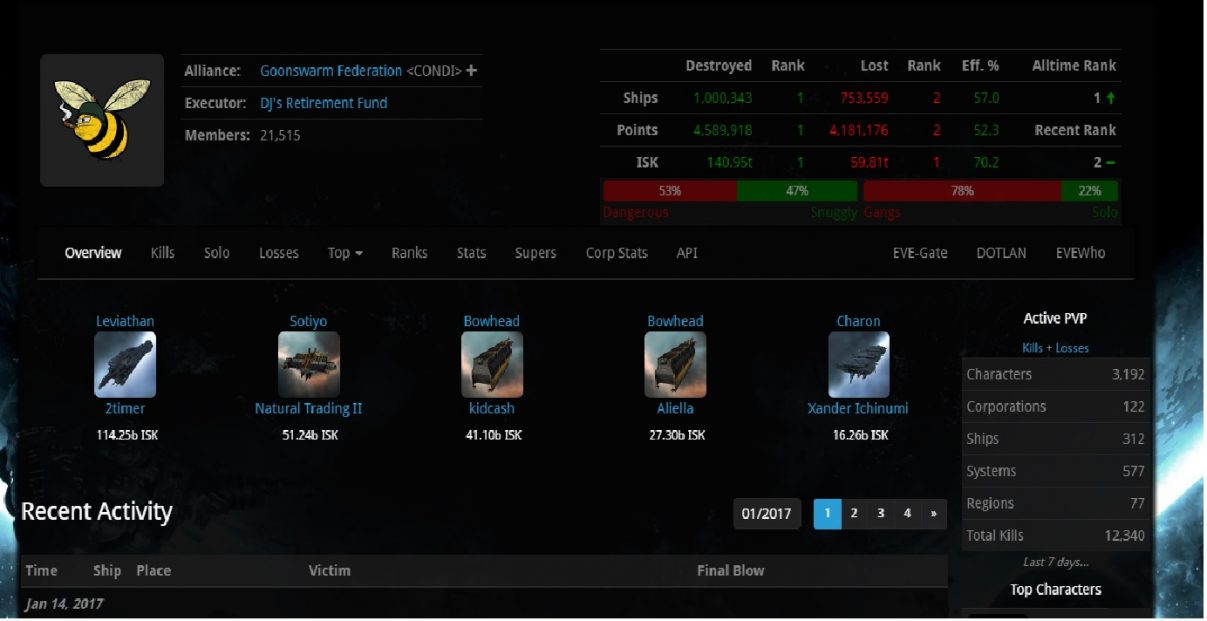 In an historic moment, Goonswarm Federation became the very first alliance in EVE’s history to reach the kill count of 1,000,000.

One of the oldest alliances in the game, Goonswarm Federation boasts the largest character count in EVE for a single alliance of over 20,000. Goonswarm suffered an eviction from their territories to the northern regions during the historic conflict known as World War Bee or The Casino War in the early months of 2016. In spite of this, the Goons have forged their own way once again down to the South, embroiled in yet another historic war.

No matter how often you may say “Grr Goons”, sacrifice a shuttle to Bob at the sun praying for their demise, or genuinely like Goonswarm as a whole, the elusive millionth kill is definitely an achievement to be proud of. One that will likely remain buried in their ever increasing killboard. Or at least until zkillboard decides to add numbers to their killmails. I was originally going to try to find the one millionth kill, but I quickly realized that it would be too difficult as the kill number continued to get bigger.

In the words of Goonswarm’s leader, The Mittani: “Most murderous alliance in history of New Eden, that’s got a nice ring to it.”