Upwell 2.0: Godzilla would be proud

At the end of last week I decided to do a deeper dive into the developments of Saturday’s slaughter of structures. Why? Because I’m a nerd and I like math.

In a week that saw an initial 1700% increase in Upwell structure deaths, I figured it would be good to get some firm data. So I queried all of the structure deaths from zKillboard between 16:00 and midnight UTC for February 17th, 2018. Then I proceeded to query the EVE Swagger Interface – or ESI (pronounced easy) – for the corp and alliance names of the attackers and defenders so I could get a sense of the fights that were happening and put some rhyme to the reason. Well, after a lot of data crunching and modelling, I finally have it.

Are you sitting down?

To date the most expensive fight in EVE Online is still B-R5RB, at almost 11 Trillion ISK lost. There really is no comparing to that, yet. A close second was established in July last year when Hard Knocks destroyed the Keepstar of Free Space Explorers in J135051, a fight valued at around 900 Billion ISK. The next-nearest expensive loss was the Triumvirate’s A24L-V Keepstar in Insmother earlier this month, valued in excess of 325 Billion ISK. While no Keepstars were destroyed on the seventeenth, there were a lot of structure losses on Saturday; 363 of them, to be precise.

I think it goes without saying that not everyone’s happy with Upwell 2.0. Me? I’m ecstatic.

In a big way, there is simply too much information to easily parse without the use of graphs, so I’m gonna do what I love to do and give them to you. Click the below image for dive-able, highlightable, filterable live graphs of the raw information. I’ve broken the data out into four main graphs on a unified dashboard: Structures killed by sector of space (low, null, high, Anoikis); losses by Structure type, including fitted and total value lost; losses by Region and type; and a breakout of the Victims and Attackers.

Hover over any of the groups or use the convenient filters to narrow down the results.

I figured it made the most sense to start at the high level, and figure out how the breakout would happen as a financial measure. I wasn’t disappointed.

When looked at in terms of total losses, the two largest structural categories are Fortizars and Astrahus, sharing nearly equal value in total ISK lost. However, what they do not share is an equal distribution of numbers. Forts make up the top five places in total destroyed, accounting for over 120 Billion ISK of the overall losses; impressive given that only 25 were destroyed. Astrahus, on the other hand, were by and far the most favourite structure to destroy, with over two hundred of them being smashed flat, a number almost ten times higher than that of the Forts.

Astrahus losses were happening every two and a-half minutes for eight hours, from 16:00 UTC onwards . When you look at a chronological crawl of the losses by structure type Astrahus look like the heart beat on a medical monitor. If you could liken it to an audio clip, it would be the metronomic ‘beep’ of the supermarket point of sale scanning produce.

When it comes to losses over security sector, the losses come primarily from Anoikis (wormhole space), with fully two thirds of the overall losses happening there. The losses in Anoikis are truly staggering, as well, and not simply for the fiscal bludgeoning that happened, but because Hard Knocks weren’t the major aggressors. They don’t appear on any of the kills. (Weird, right?)

Even Lazerhawks only landed on two kills, both of which were low-value Astrahus.

Contrary to what I had first assumed – that the large blocs would take this opportunity to clear out vast sectors of space for “redistribution” – it bears out across the board that the fights which happened on the seventeenth were almost universally the efforts of corporations and small alliances to clear out unwanted neighbours, or to strike against structures in their space or adjacent to it. There are certainly structures which draw the massive groups, like the PL Fortizars (1, 2) in Q-HJ97 in Immensea, which drew more than 170 attackers from Test Alliance Please Ignore and LowSechnaya Sholupen. For the most part, however, these losses are one or two per victim corporation or alliance.

This is not including structures held under alt corps or off-brand holdings corporations, but the blocs were largely untouched, or at least represent a tiny portion of the overall losess:

Even renter groups losses were minimal, for the most part; xX Shadow of Death Xx lost only two structures, and they weren’t even very expensive.

So who were the biggest losers, in terms of total structures lost?

Provi Block and a little wormhole corporation called Fire In The Hole. They lost the most; heck, FITH lost their shirt – a Fortizar, 8 Astrahus, a Raitaru, and an Athanor in J211353. Eleven structures in all. At least Provi’s losses were spread out over their space. FITH’s attacker? Wormhole alliance No Vacancies. Interestingly enough, No Vacancies didn’t take any significant involvement in other fights. They only went after Fire in the Hole. Know thy enemy, I guess.

After a long and thorough look, it appears in a large way that many of these attacks were attacks of opportunity, hazings, minor territorial expansions, or simple house-cleaning.

There wasn’t a huge push to go after people’s lucrative economic foundations (refineries on moons), and the attacks on engineering complexes were sparse and separated enough to strongly suggest they were targets of opportunity, and not strategic objectives in a campaign of industrial or economic warfare, or an attempt to hamstring an enemy’s capital production.

Godzilla Would Be Proud

Regardless how you examine the data, or what you can read into it more than I have already done, it’s evident that the Upwell 2.0 changes have represented a big increase in content. Whether this increase in movement reflects a singular opportunistic spike or a long-term change in the scope of combat in EVE remains to be seen, but in either case Godzilla would be proud.

New Eden hasn’t seen this kind of widespread structural movement since the early days, and it’s good to see. I hope to see more of it.

Because it’s good for EVE.

Now if you’ll excuse me I need to make some paper buildings and play with my new toy. 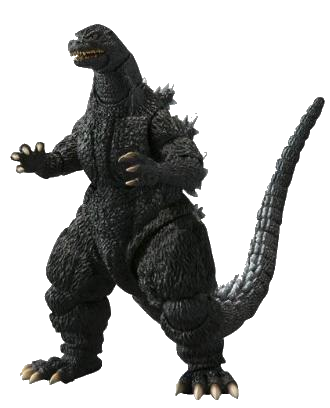