Frenchswarm is back, and we have a Baguette!

As a good part of the French-speaking community in the Imperium is now aware: the Frenchswarm is back!

But what is the Frenchswarm? Who are they? What do they do? And what is a goddamn baguette?!

Well, let’s start off simply: this, my friends, is a baguette. 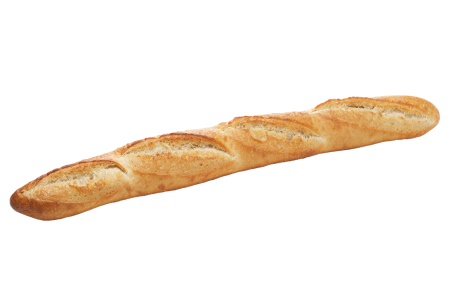 The French community in Eve has had some good times: lots of you might have heard of the old Tau Ceti Federation, a large French-speaking alliance disbanded in 2010, four years after it was born.
A lot of its members joined the CFC at that time, moving mostly into Goons or TNT.

Other French projects have existed in the past as well, some memorable, others not. A pretty nice wormhole group exists, La Division Bleue, which has clashed with various other wormhole entities in past years.

Several times, groups of players from various corps inside the CFC, and later the Imperium, have united themselves under the name Frenchswarm. Like all SIGs and Squads, the group comes and goes, but the spirit often remains.

It is now time for the FS to wake up. Under the leadership and motivation of Li033 and trusted members of known French corps inside the Imperium (ICE, ODN, and others), the group is up and running again!

I might have lied to you before, just a little bit. In Eve, this is what a baguette looks like:

And well… to make sure the French reputation for baguetting around is maintained (yes, it’s a verb too), the FS happened to use one. Let me tell you that story.

Frenchswarm members initially spotted activity in Lowsec, just near Delve. A target was seen in White Sky, an alliance that happens to drop caps quite easily, and, even better, supercaps aswell!
The group leadership took contact with La Division Bleue, so as to have bait from outside of the Imperium. This was done because it seems people are kind of shy to drop on us, while a counter drop was set up from our side.

Easy plan: have a lone marauder gate around, with a carrier as support. Juicy enough, but not too obvious. The dropping force was ready in jump range, eyes in the enemy staging. The biggest expected response fleet was about a dozen capitals (adding to one or two supers that usually jumped on targets).

The fleet was ready to roll at 2115, with eyes set: the enemy has about 16 characters online in their staging, with two supers.
Around 2145, LowSechnaya Sholupen spots the Imperium fleet but does not know we are blue with the target. They knew, of course, that we might engage as third party. At the same time, though, the targets seemed to have logged off the majority of their characters.

25 minutes later, the traps works: an enemy Vargur engages, swiftly followed by an Auguror navy. The Aug lights a cyno, a group of 5 dreads accompanied by a Lif jumps in, and the game is on. Sadly, the cyno died before any supers had the chance to jump.

The Frenchswarm decide to go in. At first, our initial cyno gets blapped, delaying the titan bridge. However, a FS Erebus had time to jump in light a new cyno, and Doomsday the Lif.

The fleet jumps in (bridged by yet another baguette… see, we respect the meme!) and cleans the dreads off the field. When the dust settles, our allied force lost the bait ships, but we had managed to clear the whole enemy cap group. No enemy supers showed up, disappointingly, but delaying the fight could have led to a massive third-party from LSH, and FS resources were limited for this, being out of range from Delve.

Regardless, a fight was taken. Not the best fight, considering the poor enemy response, but still a nice BR.

FS had a fight, and while that is over for now,  if you speak French (you don’t have to be French, just understand and speak it), and if you are in the Imperium: check the forums, apply to the Frenchswarm, and join the fights! There is certainly more to come, and next time supers WILL die.

For the rest of you, expect to hear of those Frenchies, and watch for the baguette!

Here is a nice video of the fight: enjoy!