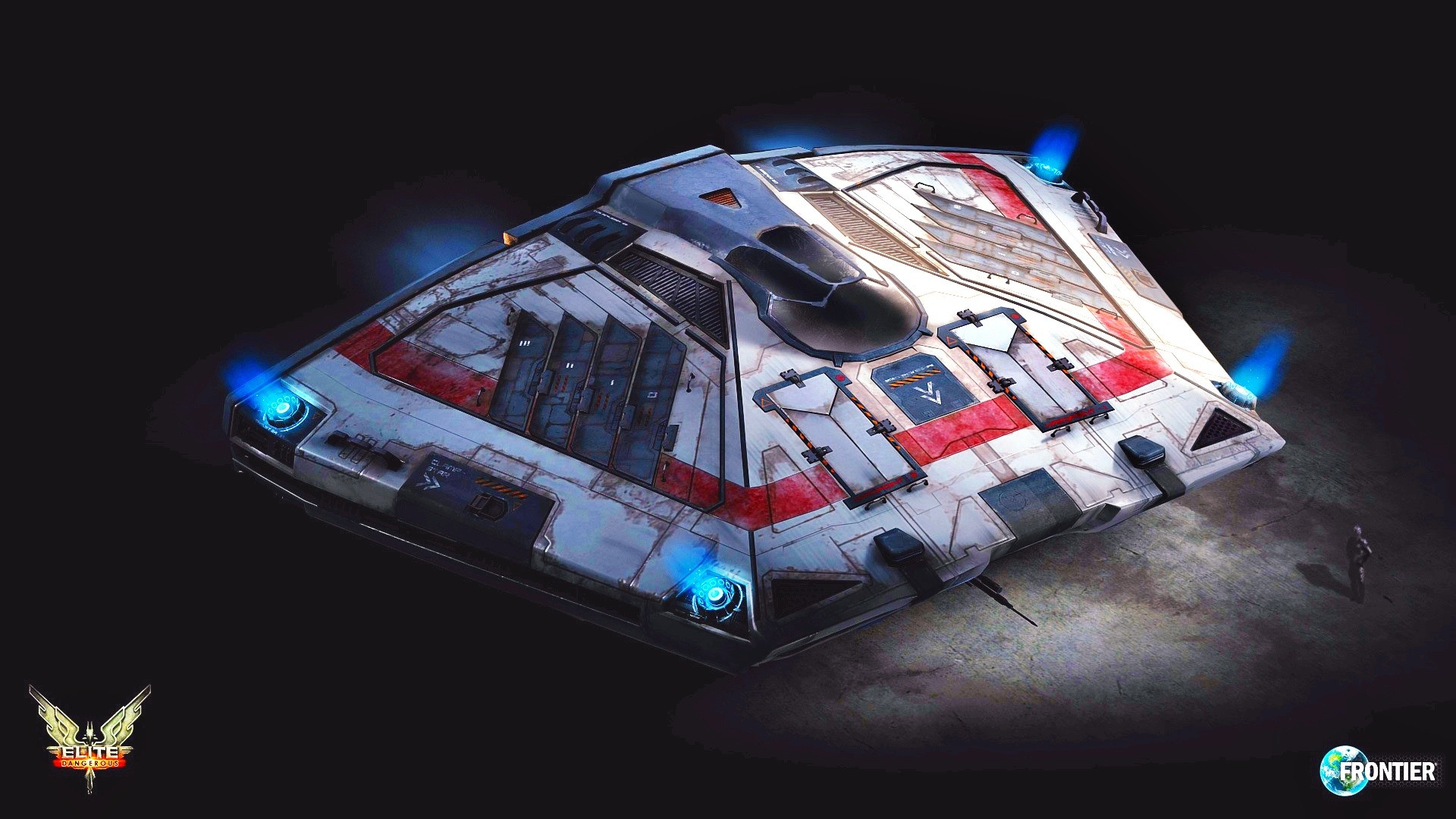 To catch up on previous installments of this in-universe fiction for Elite Dangerous, check out Part I of Tales from the Black.

So with a few data hauling jobs on the ledger, I pulled up my navigation screen to start planning my first trip. Which was a good thing since sitting there in my contract box along with the two messenger boy jobs was a contract from the licensing office. “Welcome Commander Buacharach, congratulations on blah blah blah”. But hey, a welcome to space contract with a hefty reward attached to it, and all I have to do is jump over to a little surface base in Dahan? Well, who could say no to that?

On the other hand a tiny bit of paranoia crept into my heart. After all the time and money I just spent to get a flight license, why in the world would they send me a contract, worth ten thousand credits, to just hop over to the next star system over and report in? Just feels like too much of a setup to me for some reason. But then again a job is a job, I will just have to make sure that I keep my head about me when I get over that way.

Now, ostensibly Acellus is a Federation system, but in the balance of my lifetime, I can’t honestly say that I have, until that moment of lift off, had a single interaction with a federal employee of any kind. The start port groundlings and tractor wranglers were all local people, employees of the mining outfits in reality. So when I hit the final command to begin my launch procedure and release authorization I was shocked to hear the very strange and overly cultured accent of the woman on my coms. Now I would hate to think poorly of my upbringing but I could distinctly hear a snort from my ghostly copilot in that moment, “She talks funny,” my papa would have said.

The Federation flight controller gave me final instructions and a control check procedure and then the little craft was free. A few wobbles as I gave a few puffs of upward thrust to clear the pad and then I pointed my nose to the heavens and was gone. The sidewinder’s engines made a happy little warble as if it too was happy to be shaking the dust off of her boots and getting clear of the weight of rocks, and mushrooms, and family tradition.

The Black of Night

My first moments in true space are the ones I hope to keep with me always. While the rocky planet I just left is quite small by most standards, having lived on its surface it quite literally was my whole world. Thus seeing it drop rapidly from view to become just one more rocky sphere, and then to a small grey marble, and then to a tiny spec of nothing. Well, let’s just say it is a humbling experience that really puts the vastness of black nothing into perspective.

I remember clearly as I was starting to lift away, a pause and flip so that I could get a clear view of Baker’s Prospect from above. This now tiny port of a half dozen smallish landing pads once was, to my mind, the epitome of bustle and industry. But now it was just a scattering of lights and a couple structures receding in the distance. The adage says, “You can never go home again,” and I wondered briefly if that would be true for me. Would I never again return to this little rock hurtling through the vastness of the universe?

But that same universe was waiting for me. I have jobs on call, not important work but it was sure a good bit better than laying down fungus in a played out mining tunnel. The cave’s black is different kind of black than that of space. In the cave there is no light, and your body knows it. In space there is light everywhere. Too much light truth be told, each sun and star is piercing the heavens with every bit of strength it can muster. The thick cold black of the cave is replaced by the hot thin black of an emptiness that is so vast that even the stars can’t quite fill it up.

I realized I was just stalling and wool gathering. I had work to do so I pointed my ship out into that bright hot darkness and issued the command to spool up my frame shift drive to jump to the first of my contract waypoints. Not Dahan yet, there was something about that situation that didn’t quite sit right. Besides I had already taken on two contracts that I chose so it just felt right to do them first.

After making the jarring jump out of reality into witch space wasn’t as strange as I had been lead to believe. There is the slightly anxious feeling as the ship navigation computer counts down, and the bit of a time slip as the drive starts its acceleration. But the “bang” wasn’t startling in the least and the haze spinning of space during the jump was a real let down. I had hoped, based on the tall tales of monsters and ghost ships in witch space, to have some truly surreal event. So the moment of wobble followed by an almost instant deceleration was very disappointing.

Maybe it was just too short of a jump. Only time will tell.

Once down out of the interstellar speeds I was still frame shifted, as expected, and pointed right at the great fire of a new sun. Not a huge sun or particularly bright by scientific measures but a real surprise to be hurtling towards it having instantly jumped at far beyond relativistic speeds from light years away.

An odd thought struck me as I quickly banked my little craft quickly around to avoid a firey death, ‘surely that can’t be normal.’ That is to say, the navigational exits and, unless I am mistaken, the relative headings of craft using the star’s nav beacon are such that you should be coming out of interstellar flight at about the same spot and in the same direction every time. Whose sick joke was that?

Let me get this right, following a jump from one star to another, an activity that is supposed to be physically taxing, mentally disorienting, and inherently dangerous the exit ‘plan’ is to have your craft pointed towards the new star, at close range, and accelerating at super cruise speed? Sure, what could possibly go wrong with that? Just off the top of my head I can think of a scenario where a disoriented, possible ill pilot with a hold full of passengers takes more than 30 seconds to recover their balance and slams into the surface of a hot white ball of fusion gas. Oy, what a great plan. I just need to be ready for it and paying extra attention for when I come out of a jump.