The following article is a companion piece to my book review. A number of other sources have kept pace with each piece of the ongoing Thargoid reveal. I wish to supply the full list of what we know, including the facts of the Salome’ story tie in.

The short, short version is that Frontier has been (re) introducing the Thargoids to Elite Dangerous over the last two years. This has been done via a number of fairly technical puzzles to break, with chains of clues to follow. Additionally there have been a couple of community goal type events and one “live” event.

The first hints of an impending Alien story line were released with the cinematic trailer for Elite Dangerous: Horizons in December, 2015. Within a month, the first alien crash sites were being located throughout the galaxy by planet surface explorers.

Around the same time, unknown artifacts began to appear at various points in the galaxy. These artifacts would cause damage to a player’s ship once collected, and if the item was traded on the black market, it could damage and shut down the star port where it was sold. These artifacts gave the first clues in the form of a coded wireframe image of various E:D star ships. 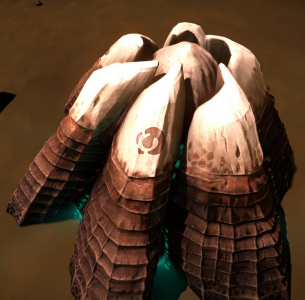 By summer of 2016, Alien Probes suddenly appeared with little to no fanfare. These “probes” would scan a player’s ship and blast it with high-energy noise, temporarily shutting it down in the process. That noise was rightly assumed to be a coded message. Within a fairly short period of time, players had cracked that code to produce what appeared to be some sort of navigational chart.

After these discoveries, the Thargoid trail went cold for a little while. Suddenly, without any build up, alien ships began to interdict players in what appeared to be (more or less) cutscene type events. Player reaction to these events was mixed, with many decrying their cinematic nature—they unfolded exactly the same regardless of what a player tried to do. The player is pulled out of a hyperspace jump between systems, and aliens completely disable their ship,  fly around a little bit, and hit them with a scan. Then the alien drifts off, and right after the player’s ship turns back on, the Thargoid winks away into witchspace to parts unknown. 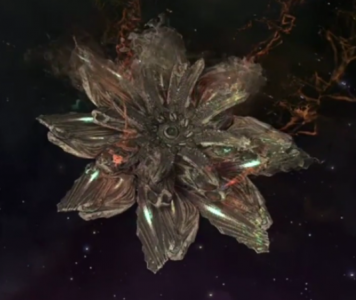 Now on to the New Stuff

In the early parts of 2017 there was a community event to gather in exploration data. This was later tied into the Salome story line and coincided with the first of Drew’s books. This also tied in with the first discoveries of the “Guardian Sites”.

In April, “THE” Salome event took place. The event was actually a race by some live played NPC’s (including the Salome character) from out on the edge of space to one of the most significant sites in Elite lore; the Tionissla Orbital Graveyard. Not to spoil the ending, but Salome never made it (though a few of the VIPs did make it so that the story could continue). Salome was basically AWOX’ed in classic EVE style and killed by CMDR Harry Potter…And no, I didn’t make that up. Obviously, in the book the player’s name was reassigned to avoid obvious IP problems.

As of June, tourists to the previously mentioned alien structures have seen a spike in Thargoid tourism as well; Thargoid space flowers were making the occasional appearances there. Much the same as the previous cutscene-style content, the Thargoids would use their freeze ray, while everyone had to sit and watch. The alien ship would buzz over the barnacle and shoot it with some bright light or energy beam. The current fan theory is that they are refuelling at these depots or otherwise picking something up before moonwalking off the stage.

More significantly, a massive Thargoid base was discovered in early July. Unlike previous encounters where there was either nothing to do but look at the structure, or nothing you could do because of the freeze ray, this new base actually took some effort on the part of players to gain access. By bringing artifacts and other knick knacks to the base, players have been able to unlock several doors to enter (what appears to be) the base’s control room. Once inside, players can then activate some cool tech. The light show and noise scans have also produced a new spectra image. 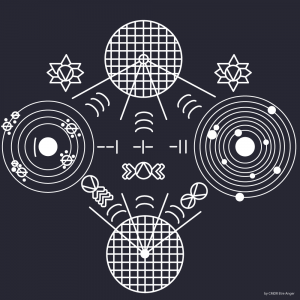 Speculation runs high as to just what these new events could mean. Opinions from Reddit and other Elite Dangerous communities are varied. Some believe the base is a new ship being grown on the planet surface, while others suggest that the aliens are actually split into warring factions, the ones in human space being refugees.

However, it is too early to tell yet. The reveal process has been a year and a half in the works already, so maybe we are seeing a rapid escalation towards a climax of some kind. Or things could go stagnant again, and we will just have a new tourist destination to visit with our frustration over the lack of progress or interactive options to move the story forward.