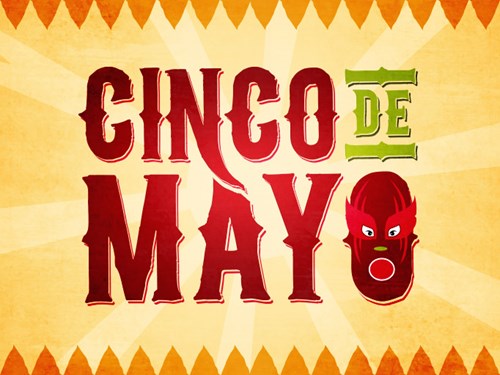 Happy Cinco de Mayo! Growing up in America, this is a drinking “holiday” we all know too well. Margaritas and tacos get passed around in the festivities, and we all celebrate it as an excuse to drink excessive amounts of tequila and delicious Mexican food. Growing up in a Mexican household in southern California, I never figured out how is it my parents weren’t so much into the holiday as the Caucasian neighbors across the street. My parents told me it celebrated a battle, but it really wasn’t a big deal and they never celebrated it growing up, so they didn’t know why it was such a big deal in the US.

Fast forward several years where I stand trying to tell you the story as to why tequila makes today an American holiday.  So, May 5, 1862 was the day of the Battle of Puebla. This battle is what makes the fifth of May such a big deal—nothing much more than a victory by the Mexican people in a losing fight against the French invaders. Alone, this battle doesn’t mean much as Mexican forces would just about lose the war; French victory was assured after their landing in Veracruz and a long string of victory against Mexican forces. The French controlled most of the country, and established the Mexican Empire a proxy state of France.

This Invasion was not to take control of Mexico, but to recoup unpaid loans made by France, Spain and the British. The coalition landed on December 8, 1861. Soon after though the coalition broke and the Spanish and British withdrew their forces. The French Emperor, Napoleon III, planned to make France great again by using the Mexico’s vast wealth of silver and other resources.

So why does any of this pertain to the American people? You must put in perspective what was going on in America at the time. The American Civil War had begun the previous year, in April of 1861. The south was being blockaded, and cotton exports to Europe had just about stopped. The textile industries in France and England crashed. It is thought that Napoleon III would consolidate power in Mexico and use it as a staging point for which he could trade openly with the south without having to deal with the northern blockades. The availability of southern cotton would sure made the French economy boom. On the other hand, with money literally flowing in from France and possibly other nations, the south would quite possibly been able to hold of the north and our map might look quite different.

There is no shortage of speculation as to whether France would have made an actual alliance with the south, as the French had abolished slavery a good while before, but governments are willing to turn a blind eye if it makes the nation grow.

With the history lesson out of the way, let’s get a Margarita and celebrate? Well, sure. The original celebrations occurred in California days after the battle in what is now Colombia State Park. For a time, California belonged to Mexico, and still held patriotic feelings towards the country. The original festivities involved fireworks, singing, dancing and shooting into the air. With the passing of time, the way we celebrate it has evolved to include more tequila and less lead, and the festival has spread all over the US.

So grab a Margarita and eat some tacos. Enjoy whatever game you play, as you know most of your friends online will be celebrating whether or not they even know the history of May the fifth. We all enjoy a good reason to inebriate ourselves and have fun.

If you play Eve, you’d better be shooting some fireworks and spamming in local.

Note: Open Comms will be celebrating Cinco de Mayo this week, so drop by our twitch to join Dirk, Dreydan, Matterall & guests from 2100 Eastern (0100 UTC) onwards.