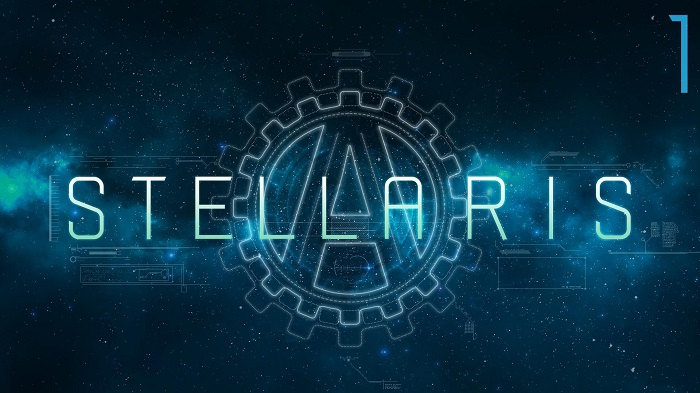 With the holidays now more or less far behind me, I am still in recovery from Stellaris’ Kennedy update. Paradox’ games have always had an addictive quality to me that comes in spurts. Every time an update is released, I cannot wait to discover the new mechanics and intricacies that are added to the game. When I last wrote about Stellaris, the Leviathans story pack was just about to hit the virtual shelves. In the meantime, Kennedy was released on December 5 and brought with it a host of bug fixes and minor tweaks to the game mechanics. Patch 1.5, named after the late Iain M. Banks, will be accompanied by the game’s as-of-yet unnamed first expansion. Though the game’s director Martin Anward does tease that the upcoming features might have something to do with the works of the patch’s namesake author, whose worlds feature near-subliminal alien civilisations, intelligent machines, intricate spy games and a host of other Utopian ideas.

Judging from the most recent developer diaries, the Banks update will breathe some new life into the internal workings of your empire. Namely, ethics will see a rework. Ethics are crucial in determining the playstyle and government forms of your empire and its pops, the small population units that make or break your planets. While the individualist/collectivist government ethics-pair will be revamped into an egalitarian/authoritarian pair with as of yet unknown bonuses, the more interesting change is to population ethics. According to the developer diary:

This combines well with the changes to the faction system. Until now, factions were mainly rebel groups that you controlled by purges or stationing armies on the affected planets. There was little depth or reason to engage with factions, and dealing with them is considered by many one of the more arduous tasks of the game. This is about to change:

As an aside, Paradox mentioned that in a later developer diary, they will look at “how factions can be used to change your empire ethics”, a rather stark claim since the ethics of an empire were fixed. Given how important ethics are for the game-play, this would allow for a more organic development of gameplay, as you incorporate more and more alien civilizations into your empire. This, in turn, will likely lead to some memorable game-play moments where you need to adapt your playstyle depending on how your empire changes.

This variety of play-styles sees further support with the introduction of traditions and unity. These are in essence skills for your empire geared towards different playstyles, namely:

You can gain those skills by spending unity, a resource you gain “through the construction of government buildings such as monuments, mausoleums, and temples”. Paradox further supports the creation of “tall” empires (where a player chooses to focus on a few highly-upgrade core planets) since “the cost of unlocking a Tradition depends on the size of your empire, as well as how internally stable it is”. Stellaris has long missed out on support for tall empires due to lack of non-expansionist victory options and a lack of balance with regards to the military capabilities of small, highly developed empires versus expansionist powerhouses that attain much larger fleet capacity much earlier, to a degree that is not offset by technological bonuses.

While Banks’ books do indeed describe the internal and diplomatic interactions of empires, a theme of his work is the technological cycle of age-old civilisations ascending to a state of being without corporeal form, and later empires repeating this technological progression. You can imagine that I was quite giddy, when I saw that 1.5 would bring something called Ascension Perks. Those perks are part of the unnamed expansion sold alongside the update and are an improvement to the endgame of Stellaris. Once you complete a tradition tree, you will unlock a perk slot that you can fill with an ability that customises your empire and give you, for example, bonus damage to the game’s mid-game foes, the “Fallen Empires”. Within the perk systems, there are different species endgame paths, which Anward describes as such: 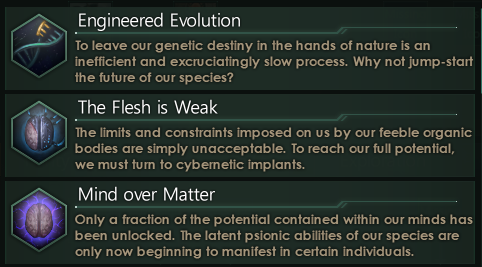 I am very excited about the changes the Banks update brings. While I enjoy creating space empires (or space democracies) to conquer my galactic neighbours, the game does get stale in the mid- to late game, when you just find yourself producing the ever same ships and head towards a cascading win. The coming update will add granularity to the internal workings of my empire – it might even lead to me trying my hand at playing a peaceful space-UN to experience all the internal ethics gameplay.

What do you think? With the new updates, Stellaris becomes increasingly binge-able – will you pick it up for another whirl?