AEON PILOT DOWN AFTER 8 MONTH HUNT

A mysterious ping went out to LAWN Alliance earlier tonight advising Interdictor pilots to “get to Roua now and ask questions later.” Shortly afterwards, a Cerberus fleet under Pittsburgh2989 was called and multiple-bridged by Titan into Roua. Upon landing this is the scene that greeted them. 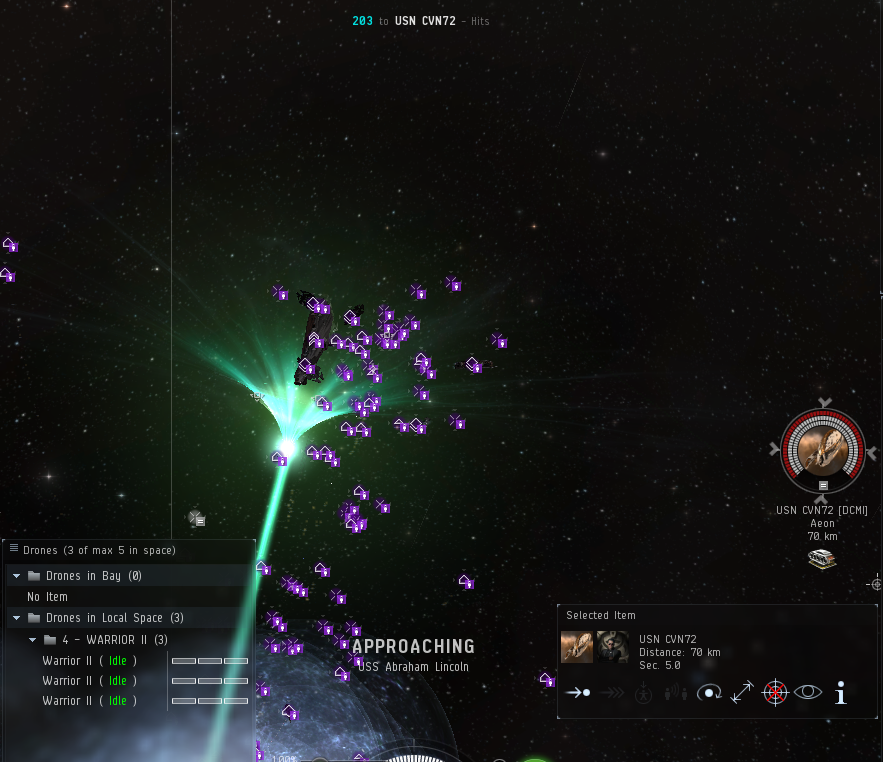 Alliance pilots found USN CVN72’s Aeon surrounded by interdiction bubbles and various Alliance ships, and proceeded to add their damage to the target. Two coalition Titans were already on grid and fired doomsday weapons on the Aeon. More pilots arrived in various capital and supercapital ships as the Aeon began to melt. When the Aeon was at 0% armour, a final doomsday strike turned it into scrap metal. 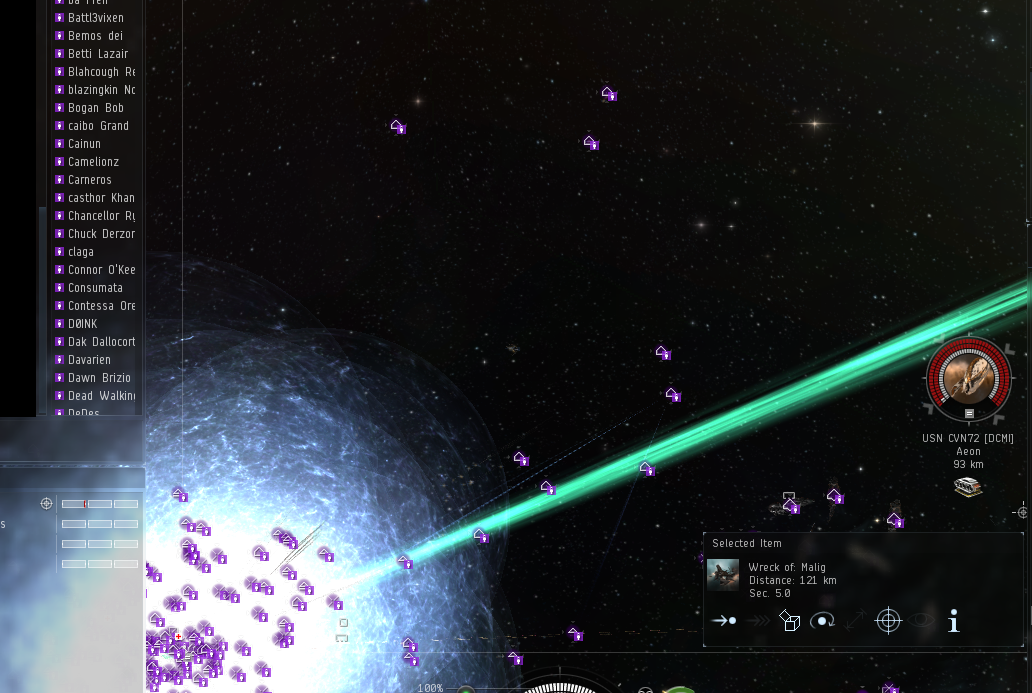 USN CVN72 messaged in local that his wife was having a second baby and he was leaving EVE in style by allowing his Aeon to be destroyed. Congratulations were offered by all coalition pilots. The pilot who got initial tackle, Jed Stevens of BASTION, told this reporter that he had been hunting USN CVN72 for 8 months, ever since Advent moved from Venal to Geminate. He described USN CVN72 as ‘kinda predictable’ and said he came close to catching him once before. So when USN CVN72 logged in today after one month’s absence since leaving Advent of Fate, Jed was ready. He managed to probe down the log in spot of the Aeon and tackle it in his Sabre before the Aeon could cloak up.

This was not the first time Jed has used his probing skills to capital effect. He previously caught a Hel on his hot drop cyno spot and another Aeon also by probing down his log in spot. Jed will certainly be added to a few more watch lists after tonight.

Whether USN CVN72 intended to lose his Aeon or not (he was not available at time of writing) he was certainly a good sport about it. He convoed Jed after the fight, and the two ‘exchanged notes’ on the 8 month hunt and the night’s events in a good-natured way. He even deposited a large sum of isk into the account of the pilot who got his killmail. More than that, he’s provided a great story, making a reasonably commonplace loss into a unique event.