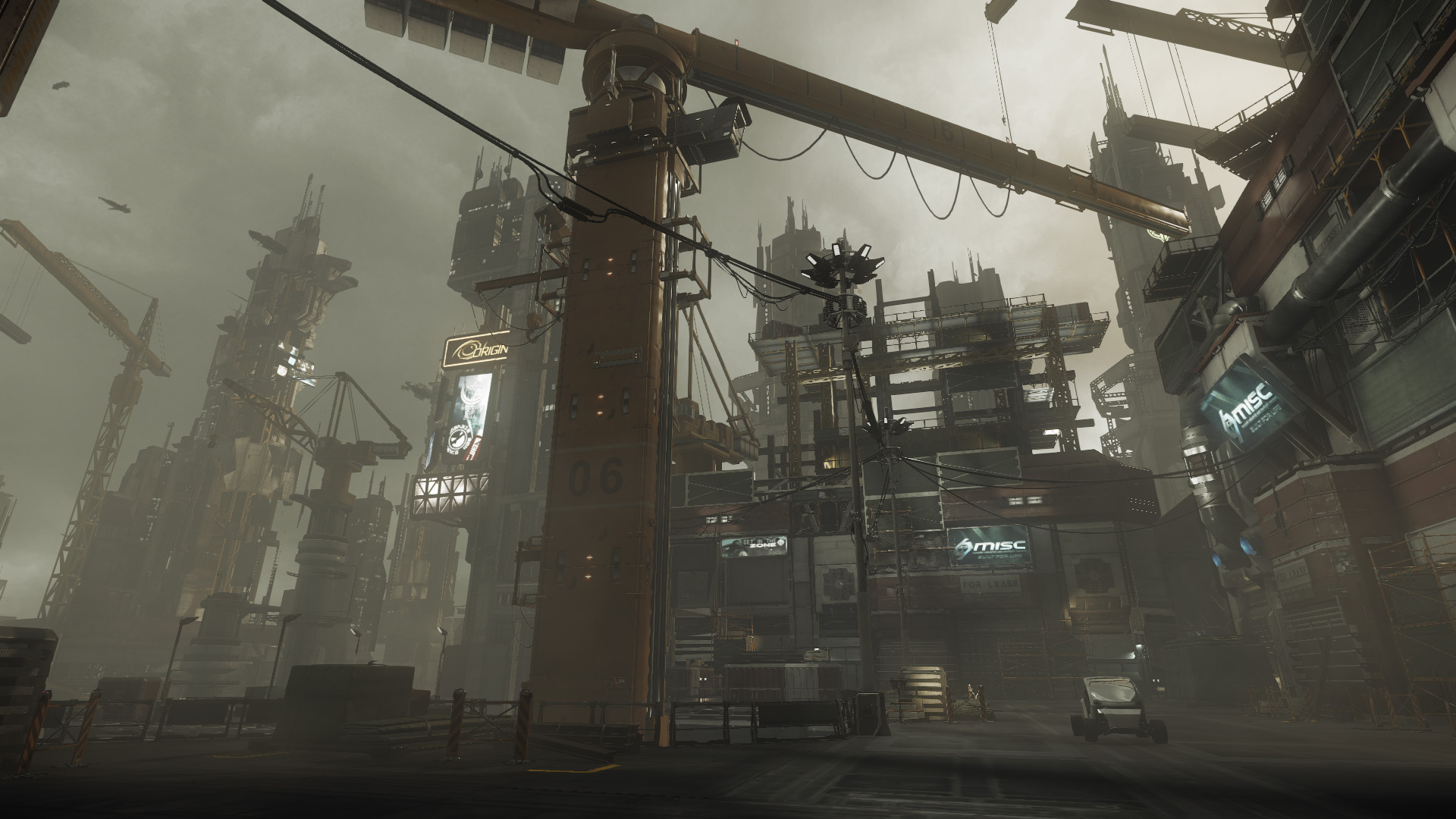 The Star Citizen Alpha 1.3.0 update has been pushed to the Public Test Universe (PTU), the less stable branch of Star Citizen, and all 32 GB of it is now available for download through the launcher if you are already enrolled in the PTU. At CitizenCon last weekend, this update was mentioned as the next step on the road to Alpha 2.0.

Changes in this update include a few additions to the hangar and the ArcCorp social module. The biggest of these are probably an expansion of the Area 18 map (adding an unfinished “Galleria” area), increasing the maximum player count to 40, and the placement of reworked, two-seater destructible Greycat Buggies around ArcCorp. Also new is the ability to choose which instance to join based on how populated they are and where your buddies are, a menu for choosing character loadouts, more emotes, and improved chat.

The changes to Arena Commander are more numerous. Two new guns were added: the Size 4 Behring C-7888 Ballistic Cannon, and the Size 2 Apocalypse Arms WarSeries SZ4 Mass Driver. Size 4 fixed mounts were added to the Hornet and Cutlass Turrets to fit the new cannon. A variety of ship parameters have been tweaked for balance and are aimed at increasing time-to-kill. All ships have more health and shields, but missile damage has also been increased a bit to “keep pace.” Energy weapons shoot faster, but do a bit less damage. Ballistic weapons have a better range, and so forth.

The latest Letter from the Chairman mentioned that Cloud Imperium Games has discontinued selling access passes for specific modules. So, to reward early backers, “everyone with an ‘alpha access’ package will be awarded 10,000 UEC; everyone who purchased an Arena Commander pass individually will be given 5,000 UEC.” Everyone can access every module now, literally everyone because until the 25th of October you can sign up and fly all the flyable ships for free with the code “CITCONFLIGHT2K15”, shown during CIG live streams as part of a promotion tied to CitizenCon.

Also according to the letter, Star Citizen has just reached over a million backers. This means that with the current war chest of 92.7 million dollars, the average contribution is neatly about $92.7 per backer.