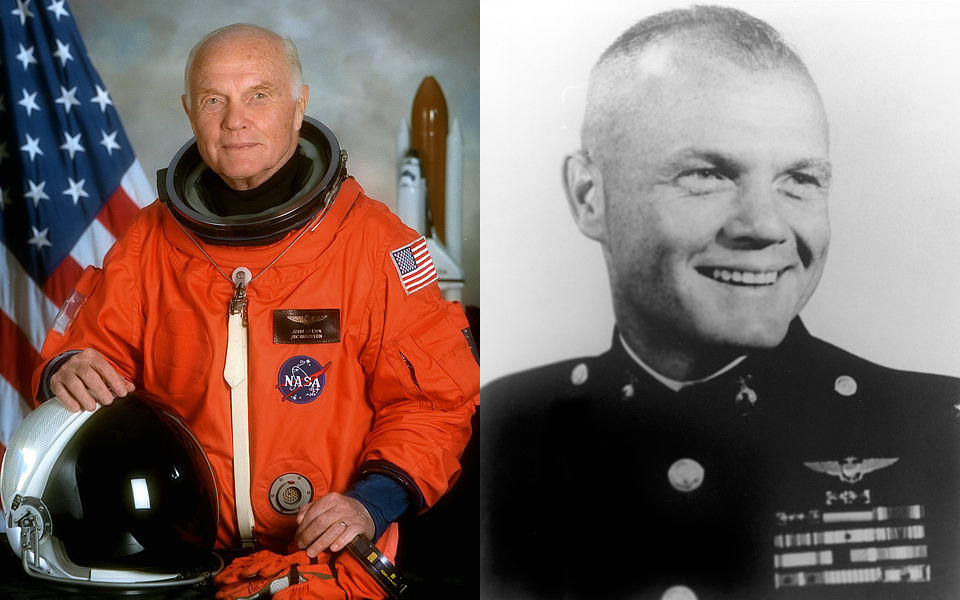 On December 8, 2016, the world lost a pioneer. At the age of 95, John Herschel Glenn Jr. passed away in Columbus, Ohio. He will be remembered for his record-setting career with NASA, service in the United States Marine Corps, and as a United States Senator. He is survived by his wife, Annie Glenn, his two children, and his two grandchildren.

The history books will speak of John Glenn’s start in aviation. He joined the United States Marine Corps during World War II. He flew the F4U Corsair valiantly during WWII, and the F86F and F9F during the Korean war.

John was a well-decorated veteran working as a test pilot when America again called for the best. Only seven Americans were selected as Astronauts. The Mercury Seven were not the first into space, nor the first to orbit. Still, they were the beginning of NASA. John Glenn was the first American to orbit the Earth in the spaceship Friendship Seven on September 20, 1962.

Two years later, John left NASA to pursue a career in politics. Though he withdrew from his first race, he eventually served as the US Senator for the state of Ohio from 1974 until 1999. In 1998 at the age of 77, John would launch into space one more time aboard the Space Shuttle Discovery. In doing so, he became the oldest person to go to space. A fitting second flight for a man already in the history books. The mission would last just shy of nine days, a stark difference from the almost five hours he spent on the first trip.

An important era in the history of space comes to a close. John Glenn’s death marks the end of the Mercury Seven astronauts. For all their contribution to mankind’s understanding of our universe and quest to conquer it, we thank them. For Colonel Glenn’s service in the Marine Corps and US Government, a nation is forever grateful. And for me, he will be one of the legends I pass on to my kids: the embodiment of the American dream, Marine Corps pride, and scientific ambition.