Another nerf to the Rorqual is arriving today; reducing its mining productivity by a further 25%. I’ve been Theory-crafting the possible ramifications on null-sec industry and I think the nerf may have the exact opposite effect of CCPs intended goal.

When the new Rorqual was initially introduced it had a mining capability equivalent to multiboxing around 5 hulks. This was swiftly reduced by 1/3 after it was found to be too profitable. Now the Rorqual is being hit by the nerf-hammer yet again, reducing it to an effectiveness of around 2-2.5 hulks consistently mining. (These are all rough estimates, as drone travel times and the utility of its massive cargo hold are difficult to factor in perfectly, but take 2.5 as a generous baseline).

What is CCP Trying to Do?

Two factors drove this nerf. First, the huge slump in mineral prices which are making most other forms of mining unprofitable. This has significantly damaged the traditional pathway people go through to get into industry. (Start in a venture, move onto barges, and finally up to the industrial capitals, making things as you go). It has made the earlier stages unprofitable compared to missions or ratting, which have fixed bounty payments. Now it is often older players who previously had no interest in mining or industry with built up capital who are consuming huge numbers of injectors to throw out Rorqual miners to supplement their income.

A squeeze on the profitability of industry is in the long term unhealthy for the game. It discourages new players from taking up that aspect of the game, and when other forms of money-making become more popular and fair-weather miners/industrialists exit the economy there may be less players willing to do production, reducing the supply of items and harming the stability of the market. 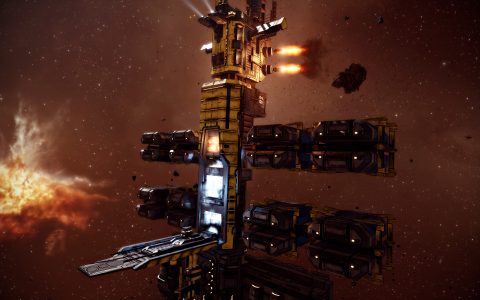 The second factor is the huge production numbers coming out of Delve for the past few months. The Imperium have set up a huge mining and production operation in Delve, and it is cranking out super-capitals at an alarming rate. The region is nearly completely self-sufficient, and its huge production numbers don’t seem to be flooding out of the region back to the high-sec trade-hubs. Delve is mining more than the Forge and has a production value not far behind, outpacing most other null-sec regions by somewhere between 20 and 200 times the total production. This near limitless war-machine could have some extreme effects on any upcoming null-sec conflict, not to mention the wider eve economy if all these ships and modules were to suddenly enter the market. Rorqual mining has been most prolifically used by the Imperium and we can see the effects in the mining and production numbers.

As such, we can assume CCP was intending two things with the Rorqual nerf: to stem the fall in mineral prices and to reduce the extremely disproportionate production values coming out of Delve and a few other null-sec regions.

Will These Changes Affect Rorqual Use?

The changes to the Rorqual mean that you can achieve a similar mining productivity with the use of three Mackinaws. Injecting three fresh accounts into these exhumers, along with the ships and modules themselves is cheaper than properly fitting one Rorqual, not to mention the cost of injecting the skills necessary to fly the Rorqual. It was CCPs intended goal that the Rorqual be a single support ship for a fleet of exhumers and barges, but with such a disproportionate mining capability, it saw the ship replace barges altogether.

So, will these changes see exhumers and mining barges return as the standard tool for miners? The short answer – no.

While it may be less costly to have three accounts flying in exhumers than one account in a Rorqual, the limitation on multibox mining is how many accounts a player (and their PC) can manage. Individual players can currently be found operating fleets of ten or more Rorquals, and it is not feasible for the same person to be running a fleet of thirty or so mackinaws, particularly when hauling has to be accounted for. This means that as long as the Rorqual remains more economically viable than an exhumer it will always displace them as the tool of choice in null-sec.

Even worse, reducing the profitability may be counter-productive to balancing those null-sec groups who disproportionately use Rorqual mining. While a Rorqual might be on paper a riskier asset to field than the equivalent number of barges (which cost less than a single excavator drone) the PANIC module means that if your null-sec group can provide a permanent 24/7 defensive force which is sizeable enough to defeat any roaming gang, as we see in Delve, then the Rorqual is actually a safer option than the equivalent exhumers which can be quickly destroyed. No well-prepared Imperium miner is going to lose their Rorquals unless there is a massive failure of communication. 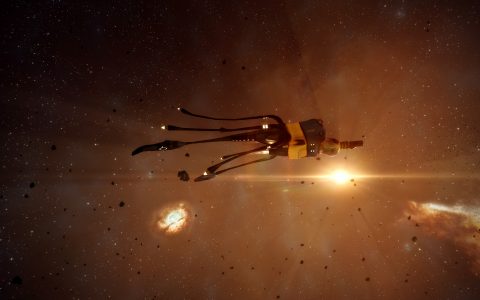 However, mining under a massive defence fleet is not the only way Rorquals are used. Many smaller alliances utilize single Rorquals in untraveled systems, not expecting to defend them if attacked, simply hoping to recoup the losses with increased mining productivity. It is smaller groups like this who will be hit the hardest by the Rorqual nerf, as the reduction in mining yield means it will take more hours of mining to cover the cost of any losses, making the Rorqual a riskier proposition for them. Further nerfs to the Rorqual may result in production becoming even more difficult for alliances who don’t have the large-scale infrastructure to defend their mining operations, further concentrating null-sec production capacity in the larger, more organized groups like The Imperium.

But What About Mineral Prices?

Mineral prices have slumped thanks to excess supply flooding the market after the revamped Rorqual was introduced, but I fear that nerfing the Rorqual will fail to stop the consistently falling prices. The problem may lie in the mineral distribution inside ores. Ore anomalies are no longer being targeted for the most valuable ores, but are being strip-mined of every asteroid to respawn the anomaly and restart the process. At the moment there are certain bottlenecks in the mineral market. The composition of minerals found in each null-sec anomaly are out of balance with the minerals necessary for the most popular types of null-sec production. As such there are usually surplus minerals left over after the industrial process which are of no use to industrialists. These minerals are the ones taking a nose-dive on the market at the moment, whereas the minerals that serve as a bottleneck in the production process have seen more modest decreases in their value. This is to be expected when we look at the monthly economic report numbers, and see that much of the raw mining value is not exiting the regions they are being produced in.

As long as there are minerals that are essentially useless (on aggregate) to industrialists their price will continue to fall as production ramps up during peace-time. The floor on the prices of these minerals won’t be reached until it becomes unprofitable in fuel (and risk) to transport these minerals from null-sec to Jita. Nerfing the Rorqual will do nothing to halt this decline in prices as long as it is still profitable to use Rorquals to strip mine belts.

While the Rorqual certainly needs a rebalance to deal with the significant effect it has had on the in-game economy, these current half-measures are unlikely to deal with any of the issues the revamp has caused. Unless CCP is willing to have a complete re-look at the Rorqual, reducing its productivity may only make worse the problems CCP is trying to tackle.