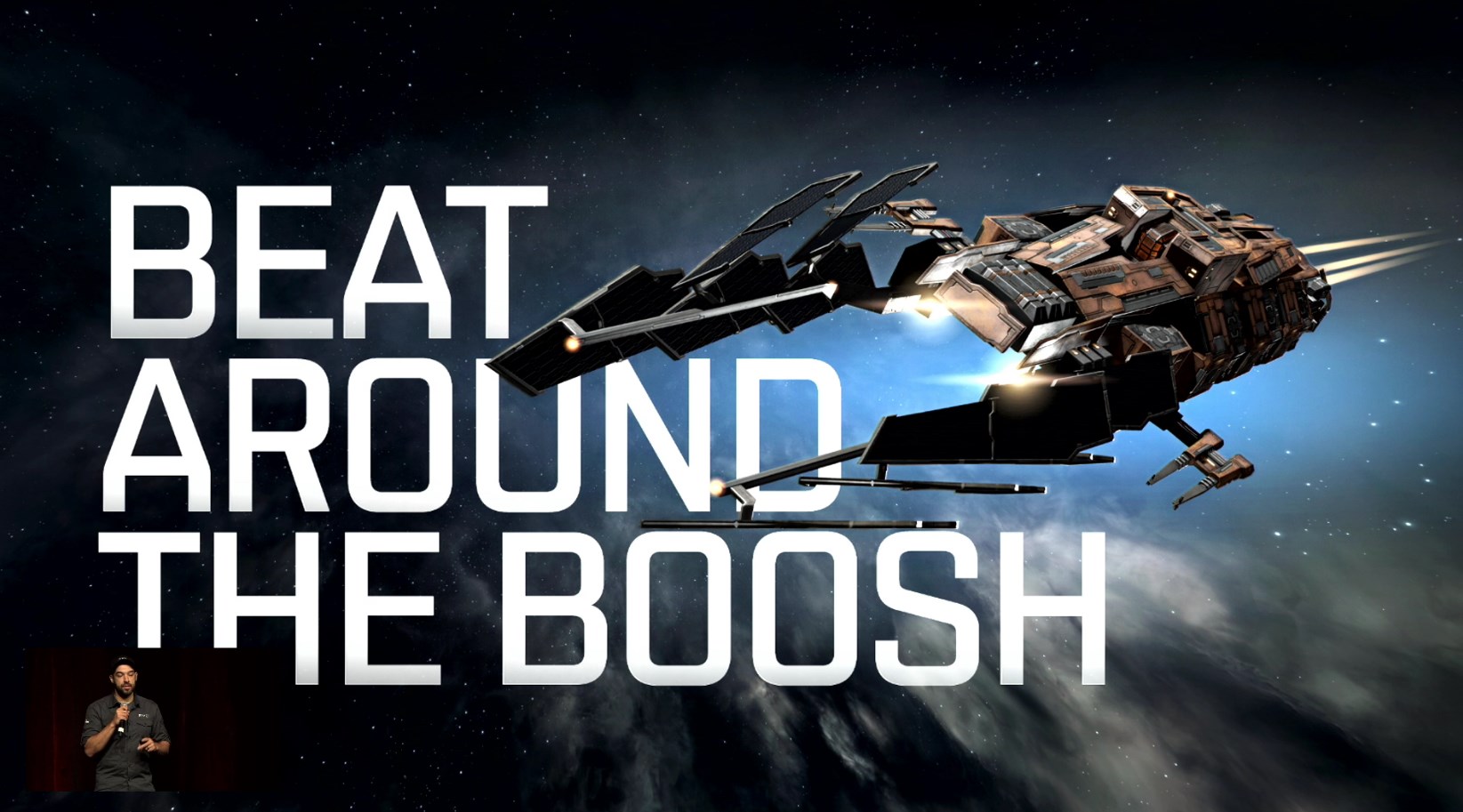 According to the EVE Online twitter feed, the ‘Beat Around The Boosh’ patch announced by CCP Rise at EVE Vegas 2019 goes live on November 12. This update brings significant nerfs to the Bosonic Field Generator, Micro Jump Field Generator and several Upwell FLEX navigational structures, all of which have had mixed responses from players, especially within null security groups where Titans and FLEX structures see the most use.

The Micro Jump Field Generator nerf was made to account for the abundance of “Stuka”-style fleets, as made famous by The Initiative alliance. This fleet composition consists of afterburner-fit bombers, logi frigates, electronic warfare frigates and command destroyers. This nerf is going to restrict the number of ships transported with each use of the boosh module to 25 (not counting drones, fighters and probes), chosen randomly among every ship within range. This change has the potential to reduce or even kill the use of command destroyers as more than a command burst platform in larger fleets, but it does not affect other aspects of the module. On a positive note, you will still be able to split hostile fleets aggressively with a well-timed boosh, you can still use Command Destroyers to steal Excavator drones from Rorquals, and you can still use them to save allies in smaller fleets.

AT LEAST TITANS CAN PARK IN KEEPSTARS

CCP also decided to listen to yearlong complaints from players that the Bosonic field generator was too oppressive in large alliance space in the current environment, but this is only half the reason for CCP’s nerf, if not even less of their reasoning. This is by far the most negatively percieved change for nullsec inhabitants in the update. This is not only because it limits the offensive capabilities of the Boson against other players, but the change also effectively kills PvE usage of the module, with an effective 80% damage nerf against targets smaller than capitals. With a lack of conflict in EVE Online, many players who spent time training into these large capital ships feel that this change is going to make their training and investments worthless, as they can’t use them outside of large deployment scenarios that rarely happen.

But when all of that is said and done, most players primarily flying in small gangs and solo play see this as a purely positive change due to the heavily reduced power Titans will have, especially when used for gate camping or hot-dropping with this doomsday weapon.

The last significant change that CCP announced is that the placement of the Ansiblex Jump Gates and Tenebrex Cyno Jammers on grid is going to be much more restricted in the future. When this patch is applied to Tranquility, these two structures will have to be anchored 500km or more from other structures, like Fortizars and Keepstars. The previous distance limits to other structures on grid was 150km for the Cyno Jammer and 200km for the Jump Gate. At 500km after the patch this puts them out of range of even the furthest locking Keepstar fittings. While this change is scheduled for the November release date, there is going to be a grace period until early December to allow alliances to move these structures to an appropriate range. Any structure that hasn’t been moved after this grace period is going to go offline.

Update: Patchnotes are now out. There are a couple of additional changes that are of interest: