NYX VALUED AT 159 BILLION ISK DOWNED BY THE BASTION

In The Forge on August 8, 2015 at 4:18 EVE in Ohkunen, The Bastion engaged a Nyx owned by DvS Dagger of The Borg Collective., an alt of Dvs Cloak, prompting it to self-destruct after taking 1.8 million damage. The Bastion forces led by FC Jed Stevens concluded an extended hunt for the super that started when Jed Stevens scanned down the Nyx’s safe spot two months ago, narrowly missing it as it logged off. 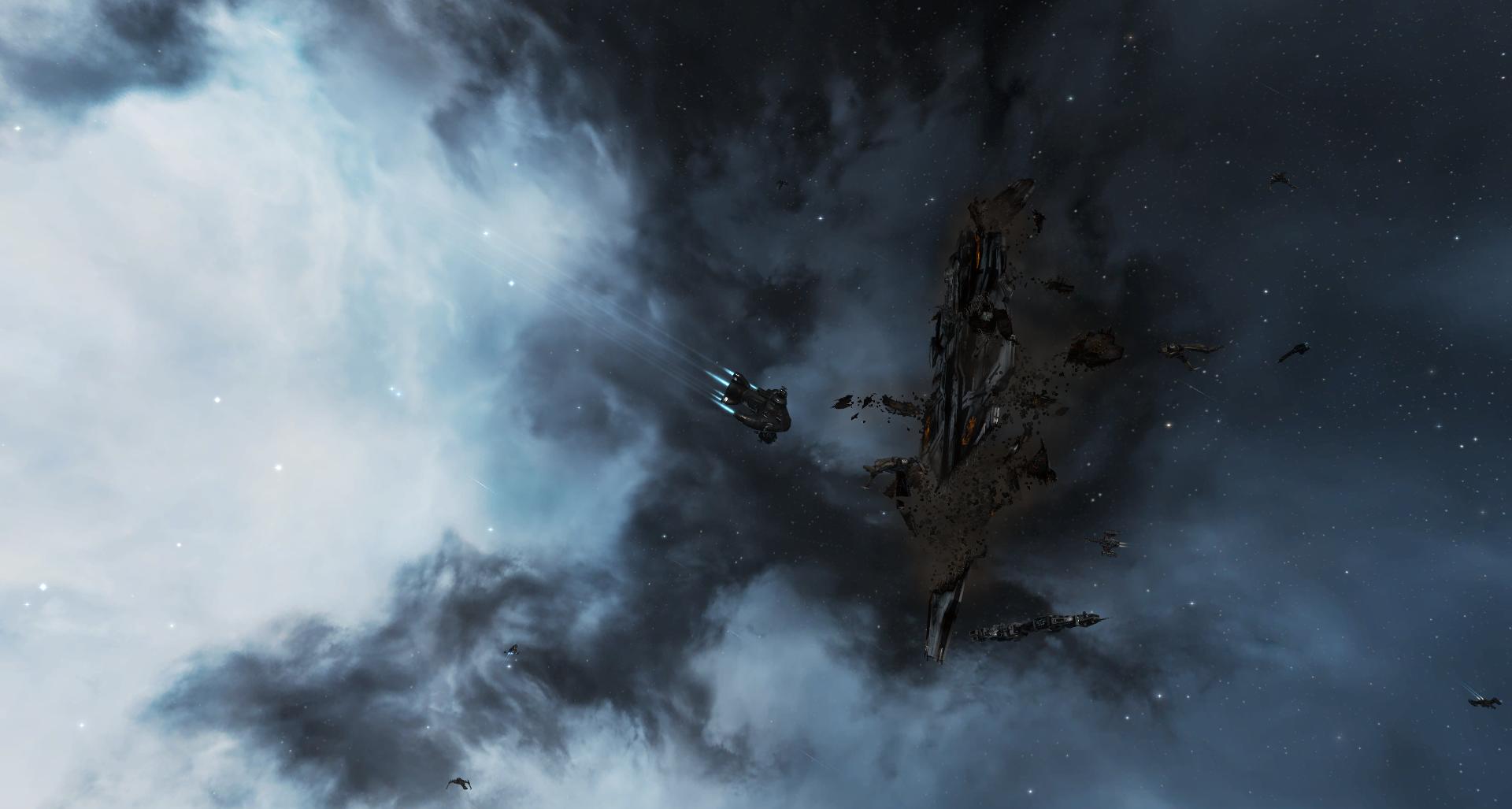 Actual screencap of the Nyx in question.

The operation started when Jed Stevens noticed DvS Dagger’s alts were active earlier in the day, and initiated an avalanche of pings when DVS Dagger himself logged in. The Nyx pilot warped a Sabre to the supercarrier and decloaked it, presumably to exchange some items in his hangar. With the Nyx failing to safe-log, and with no POS to protect it, Jed Stevens aggressed the supercarrier before it could complete its emergency warp. Sensing something was wrong, DvS Dagger logged back in and cloaked at his original spot, only to find a swarm of hictors ready to de-cloak him.

The Nyx was valued at just under 160 billion ISK, according to zKillboard. It was fitted with legacy Large Trimark Armor Pump IIs, while none of the Nyx’s low slots were fit for tanking. While certainly overvalued, the most notable drop were the 15 Shadow fighter-bombers. An Estamel’s Modified Cloaking Device was also successfully looted.

Jed Stevens was last noted for waging an eight-month hunt for an Aeon that was ultimately successful this past July. When asked to comment, Jed Stevens replied, “Thanks for the Shadows.”

TMC will update this article once a response from the Nyx pilot is received.