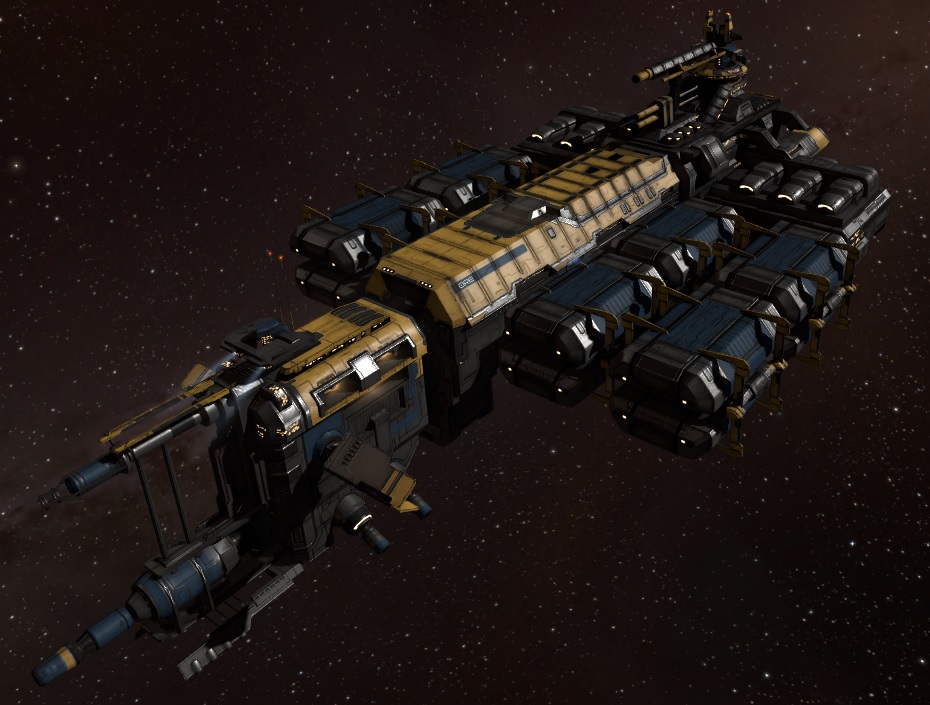 On October 4, 2016, CCP released a devblog from Team Five O about the upcoming changes to capital industrial ships, the Orca and the Rorqual, and also about the introduction of the new Porpoise-class industrial command ship.

The first point covered in the devblog was about the different levels of industrial command ship. As of the November update, we will have three different classes of industrial command ship. First of is the Porpoise, which is an industrial command ship based on the Noctis hull able to travel through small wormholes (very useful for mining operations in shattered wormhole systems). The next level up is the Orca command ship, which is able to sport a reasonable tank and also has a reasonably large ship maintenance bay, and a reasonable cargo hold. These are allowed in highsec, and are currently the most popular fleet mining booster ship, with many players also using them as an alternative to freighters for highsec hauling, specifically for ships, as the Orca is considerably cheaper than the bowhead, the only other highsec capable ship with a ship maintenance bay (excluding the Nestor). Finally is the Rorqual, a capital-class ship comparable in size to a carrier that can only access low, null, and wormhole space. This ship hasn’t had much of a use in the past, as the Orca is 5x cheaper and can enter highsec, leaving the Rorqual to mainly serve as a flagship if nothing else. 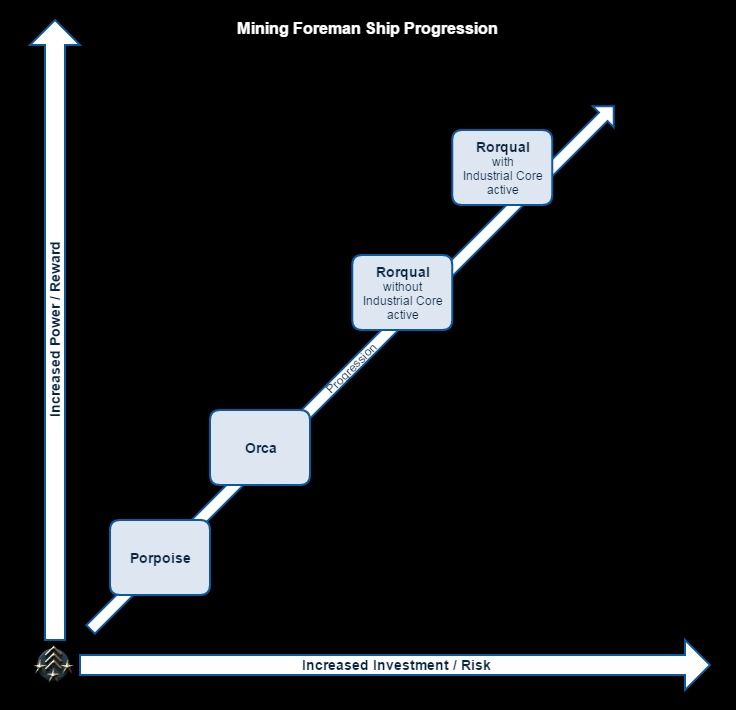 Now, in the November update all industrial command ships are being re-worked in line with the command boost changes. The Rorqual, however, is getting the biggest change. It had formerly fallen into disuse as its primary functions had been incorporated into other ships and structures (read: the Orca and Citadels). CCP say the ship is being reworked from “the ground up”, so let’s see exactly what they’re changing.

According to CCP, the new Rorqual is “capable of providing strong Mining Foreman Bursts, repairing allies and fighting off enemies, and vacuuming up ore faster than any other ship in New Eden”. The Rorqual is also getting a new module to make it more viable for use in low and nullsec, and its existing Industrial Core module is being reworked. See below for the two unique modules this ship is getting:

These modules, according to CCP, are meant to be “powerful and situational”. One of the main worries of the community was as to how the P.A.N.I.C module could be used, but CCP has reassured us that this module will only apply to industrial ships, meaning it will not be able to be abused to make ships like titans invulnerable just before dying. The details of the module are like so:

Bonuses to all affected ships:

Mining remains unaffected so ships can continue to mine as normal while under the protection of the P.A.N.I.C. module.

The industrial core is also getting a major rework, but you can check out the devblog to see details of those changes.

The Rorqual is also getting new “Excavator” mining superdrones, which are greatly similar to the fighters that carriers use. The Rorqual is getting other smaller changes too, such as three extra slots, reduced mass (allowing the Rorqual to travel through the same wormholes as Freighters), and increased jump range to 5ly base (10ly with max skills, the same as Jump Freighters).

The Orca is also recieving a massive buff in the November expansion, with almost every attribute being improved. According to CCP it is also being turned into a heavy-duty ore hauler (like an oversized Miasmos), a significant combat deterrent (with its huge buff to combat drone effectiveness) and a huge buff to command boost effectiveness.

On top of all this, the Orca is gaining three (yes, three) highslots and a midslot. It is also gaining nearly 20,000 base shield HP and greatly increased capacitor capacity, potentially hinting at a new comedy combat ship that could actually be viable for PvP. With its drone bandwidth of 50mb/s, CCP estimates it to be able to do around 800dps with a flight of medium drones, which is huge. She can also run three command boosts and has a 500% range bonus to survey scanners, making her perfect as a leadership platform. Her ore hold has also been tripled in size, allowing her to carry out her hauling duties more effectively. 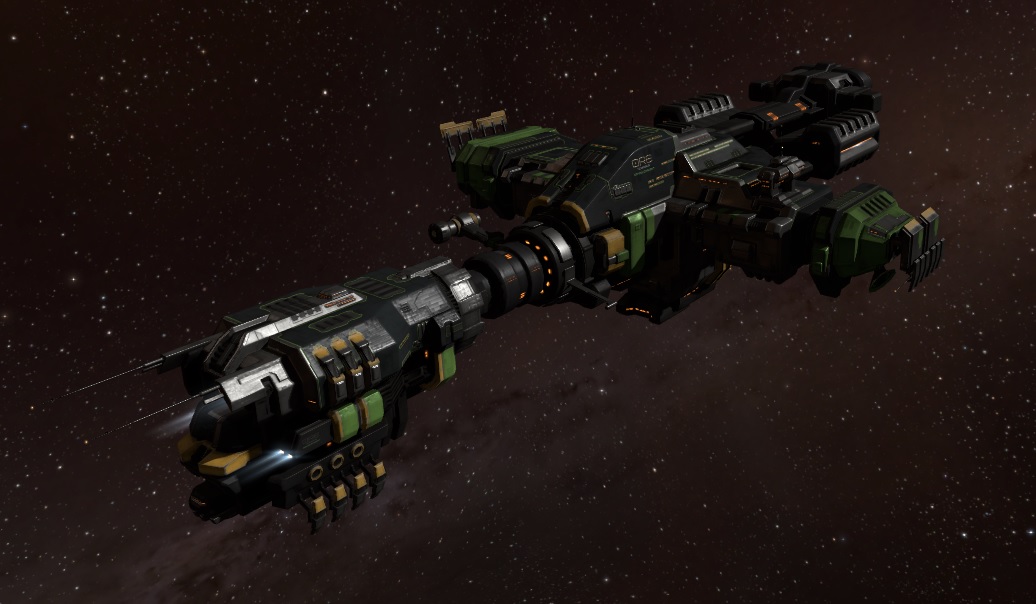 Finally is the new kid on the block, the Porpoise-class industrial command ship. Based off the hull of ORE’s hugely successful Noctis-class salvage ship, she is well suited for small scale operations in dangerous space, due to her ability to fit through small wormholes and her small mass.

She will be the most affordable and easy to skill into industrial command ship in all of New Eden. And owing to ORE’s work towards lighter materials, she only costs as much as a tech one battlecruiser and can fit through small wormholes, making her perfect for use in shattered and low-class wormholes. She also has a 50mb/s drone bandwidth speed, meaning she can also field a flight of medium combat drones, which CCP estimate will be able to do around 400dps, which is around the average dps of a cruiser. Even though she is a cheap ship, she has been designed to fill all three of the pillars of mining support, shown below: 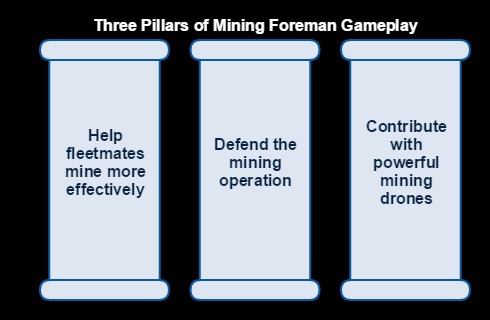 We don’t know much about this new ship yet, but you can check out the full stats in the dev blog linked at the start of this post.

In line with changes to all other forms of command boosts, mining foreman links are also being changed to a new AoE “burst” model.

Command Bursts are high-slot modules that can be fit on the same classes of ships that can currently fit Warfare Links and will be replacing their functionality. There will be five types of Command Burst modules at launch, one for each of the existing fleet boost groups: Armor, Shield (formerly known as Siege), Information, Skirmish, and Mining.

We will only be looking at the mining fleet boosts. These modules must be loaded with ammo in order to activate, and the ammo choices determine which bonus the module will provide to nearby fleetmates. Ammo can be swapped in the field to change bonuses as the situation changes, although a reload time of between thirty seconds and one minute means that choosing the right time to swap bonuses is important. These are the ingredients for 500 command burst charges:

These are all fairly common and cheap minerals, meaning the implementation of these should not impact the economy too greatly. These modules will require a good deal of capacitor to operate and work in a similar way to smartbombs, in which that they are an area of effect ability, but in contrast they only effect fleetmate’s ships.

I look forwards to these changes being introduced in the November expansion for EVE Online, and these changes shows CCP’s commitment to industry and manufacturing in New Eden, and that they recognise it’s importance to industry. Hopefully these changes will lead to the mighty Rorqual being used more often, instead of gathering dust in people’s hangers. But only time will tell.

Imperium.news writer, currently an EVE Online nomad. Currently addicted to World of Tanks, to the detriment of the rest of my life. Huge modern and ancient history nerd (the middle ages can get lost). A damned youth.