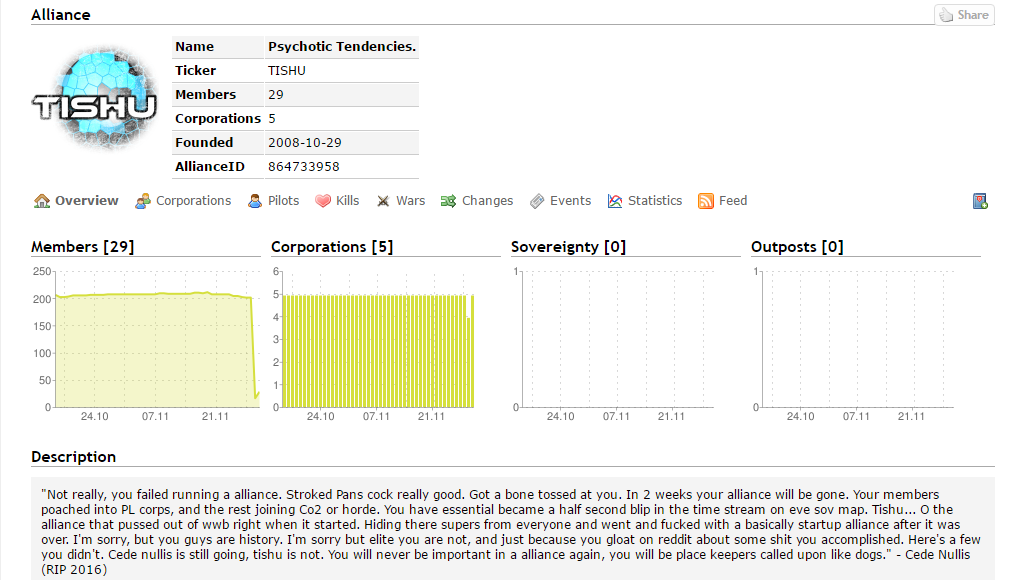 Another anti-Imperium MBC alliance from the Casino War bites the dust.  Psychotic Tendencies [TISHU] is gone, their last major corporation leaving that alliance hours ago.