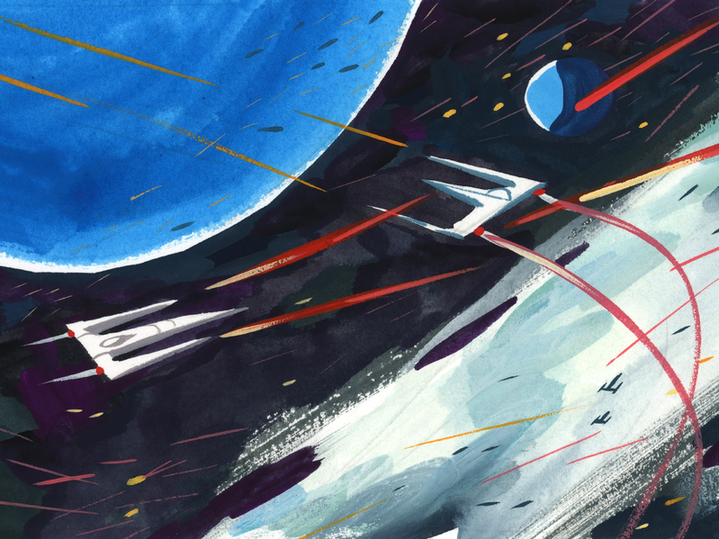 On the March 3, 2017 edition of The New Yorker Radio Hour, Simon Parkin highlighted the short history of EVE as a massively multiplayer online game that has captured the hearts and minds of countless individuals. During the piece, Simon talks to a few EVE players, including Imperium’s own Alexander “The Mittani” Gianturco. The piece goes on to talk about Goonswarm and its historic feud with Band of Brothers: the “Great War” that took place between the two factions was a lengthy campaign on both fronts that eventually petered out into a stalemate of sorts. The turn of the tide, however, came when the low-level alt of one of the founding members of Band of Brothers was recruited by Goonswarm. And the war was ended with the single push of a button as Band of Brothers was…disbanded…overnight.

With that, the face of EVE was changed forever. Yet its world spins on, and countless players continue to sacrifice hours of time to a life lived in the endless void between suns.

As someone who hasn’t really played EVE that much, I found the piece interesting. Insightful. I can’t pretend to understand the vast intricacies of what EVE is, but I feel like this piece gave me the tiniest glimpse of a world I haven’t had the opportunity to experience. Regardless of your experience level with EVE, this segment is something you ought to check out.

Click here to listen to the full 18 minute segment.

And, for those interested in a rousing tune, let’s not forget the Goon Swarm Anthem…