If Eve is Dying, We’re Killing it Together

Before I get into the main topic of this article, I wanted to say hello! I’m new here to INN. I’m not with the Imperium – or any other major power bloc. I’ve headed out more or less on my own and am making my way into New Eden with my possessions and dreams in tow. I’m eager to see where it leads.

You may know me as the “once called Reddit famous by a random guy on the internet” Eve player who made the “X Months into Eve Online” Reddit/Imgur Gallery series. If you haven’t read them, you are welcome to do so. I’m pretty excited to be writing for INN, and I hope that you enjoy my content!

In the wake of the firestorm of hate that’s gone out towards CCP recently, I wanted to put out some thoughts. 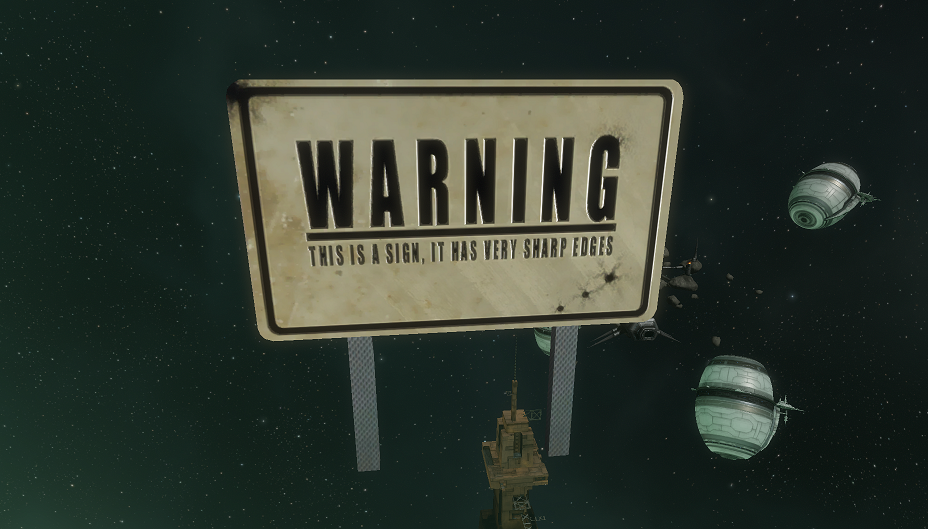 First and foremost, I want to address CCP. There’s a lot of hate going in your direction right now, and how you respond to this is crucial. While most game designers’ job is to craft an experience, the nature of Eve puts that responsibility in the hands of the players themselves. Your job is different – instead, it’s to create the infrastructure which the players use to create the content. This means that you should take nerfs and buffs extremely seriously.

The next thing I want to address is the players. A lot of suggestions floated around are nonsensical and ill-informed. Understanding game design is a complicated issue and no single person has all the answers – this is why studios have teams. In particular, we should be asking ourselves what the underlying problems behind our concerns are – rather than seeking a direct surface change, we should be digging deeper, to investigate what the core of the problems are. We should be careful what we ask for, because you may not understand what it means – until you get it.

I want to bring up some points that I believe are not being viewed in the right way. In particular, there are concerns about ratting, citadel grinding, and sovereignty holding that have frequently bugged me in what kind of suggestions have been posited for ‘solving’ them.

Compressing people into less space is a good thing, provided the nature of individual systems are changed to compensate along with this. Currently, alliances need huge swaths of space for fairly standard sized activities. Fitting 30,000 people into one region makes sense. Fitting 4000 into two regions is ridiculous. A VNI should not need to ‘own’ an anomaly. If you bring a mining ship into a site, you aren’t stealing the site from the other people who want to use it. There’s a generally unspoken rule about not mining someone else’s rock, but the anomaly has dozens of rocks to mine out.

An ore site, even those of the smallest sizes, can share quite a few miners. A ratting site only holds one person.

If a Sanctum could sustain 5 Supers for as long as Colossals could sustain 5 Rorquals, then being compressed into a few systems wouldn’t be so bad. This is where it makes sense for massive groups to hold entire regions because they would need that many sites due to sheer scale.

A viable direction for ‘solving’ ratting issues is not to force alliances to take more space. Conflict drivers can, do, and should happen at the smaller scales. The direction we should be looking is in making it more viable for more people to live in the same system, pocket, and constellation. To make it more viable for multiple ratters to use the same anomaly. To make it so that players are rewarded for not multiboxing. If it requires less space to host an alliance, there’s more space to fight over.

A viable direction for ‘solving’ citadel grinding is not to cut asset safety. We should be looking at how to ensure more active defenses of structures, to incite the fights people clamor for over such things. We should be seeking means to make it easier to tear down abandoned and unfueled/unserviced citadels, as well as those behind enemy sov lines. We should be seeking greater salvage rewards for taking down citadels rather than punishing players for storing items there.

A quick side note – F4R2-Q was a great, though laggy, example of strong content escalations over Upwell structures – but those were anchor kill timers.

A viable direction for driving wars is not to push the smaller groups out of nullsec. The concept of renter alliances means that a power bloc carves out far more space than it needs for itself, which forces players to seek rentership rather than taking space for themselves. We should be seeking ways to encourage more groups of varying affiliations to break into nullsec and upset the balance of power. The Money Badger and Stain Fraggin coalitions were prime examples of groups that normally fought each other instead deciding to band together to stand against large power blocs. But more importantly, neither coalition lasted in its entirety past the completion of its original objective. We should be seeking more ways to give small groups the ability to do this.

If you haven’t noticed a theme by now, it’s that in general, incentives are a stronger solution than punishment. CCP – if carrier ratting is too good, incentivize players to use other ships. If you’re concerned about players spreading out too much, incentivize players to share sites. This is not a problem that gets solved with a set of numbers fixes on one ship class. This is not a problem that gets solved by forcing players to inject into whatever the next ‘big thing’ is. Eve is a game that relies on player interest and interaction, risk versus reward, and the importance of being proud of your own efforts.

A game, at its core, is about letting the player have some level of enjoyment. How that enjoyment is experienced – excitement, happiness, fear – is game dependent, but the base goal should be to make players experience as little frustration as possible.

Eve is not a game about frustration. Eve is about your own experiences, and to many of us, the people we meet and the friendships we make along the way. In a game of thieves, pirates, suicide gankers, and the surprisingly common ‘drop 20 blops on an unfit Miasmos’, Eve manages to keep our interest.

Yes, the changes are bad. Yes, the reaction from CCP has been poor. But so has ours, for quite some time. We should not be pushing for an adversarial relationship with the developers or screaming our knee-jerk reactions into their faces. Nothing will kill the game faster.

When things are at their worst, we should be at our best. Vote with your wallets and with your words – cancel your subscription if you deem it necessary, and speak out. Leave with dignity, and speak with respect. But if and hopefully when the time comes to make your voice heard on how you’d like to see things improve, be constructive, and more importantly, be productive. 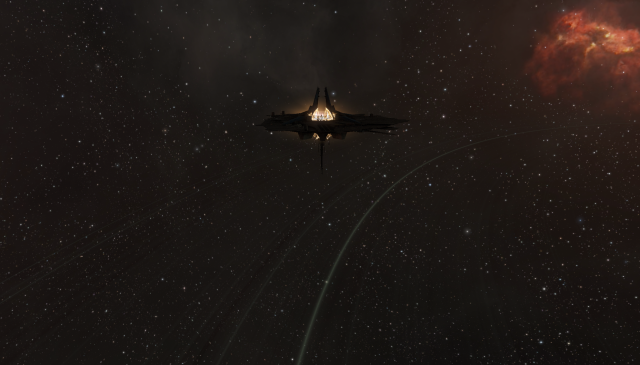 Do we want to squander our chance at making Eve a better game?

Space, scifi, and gaming enthusiast who's been riding the Eve Online rollercoaster for just over three years now. I spend my days as an industrialist, spreadsheet guru, and PvPer. I have strong thoughts about Eve Online that come from being all over the place and being an outlier from the major power blocs. I've been in the small groups, the huge alliances, and completely by myself. I've mined in HiSec and dropped capitals in Null, and learned a lot from both.