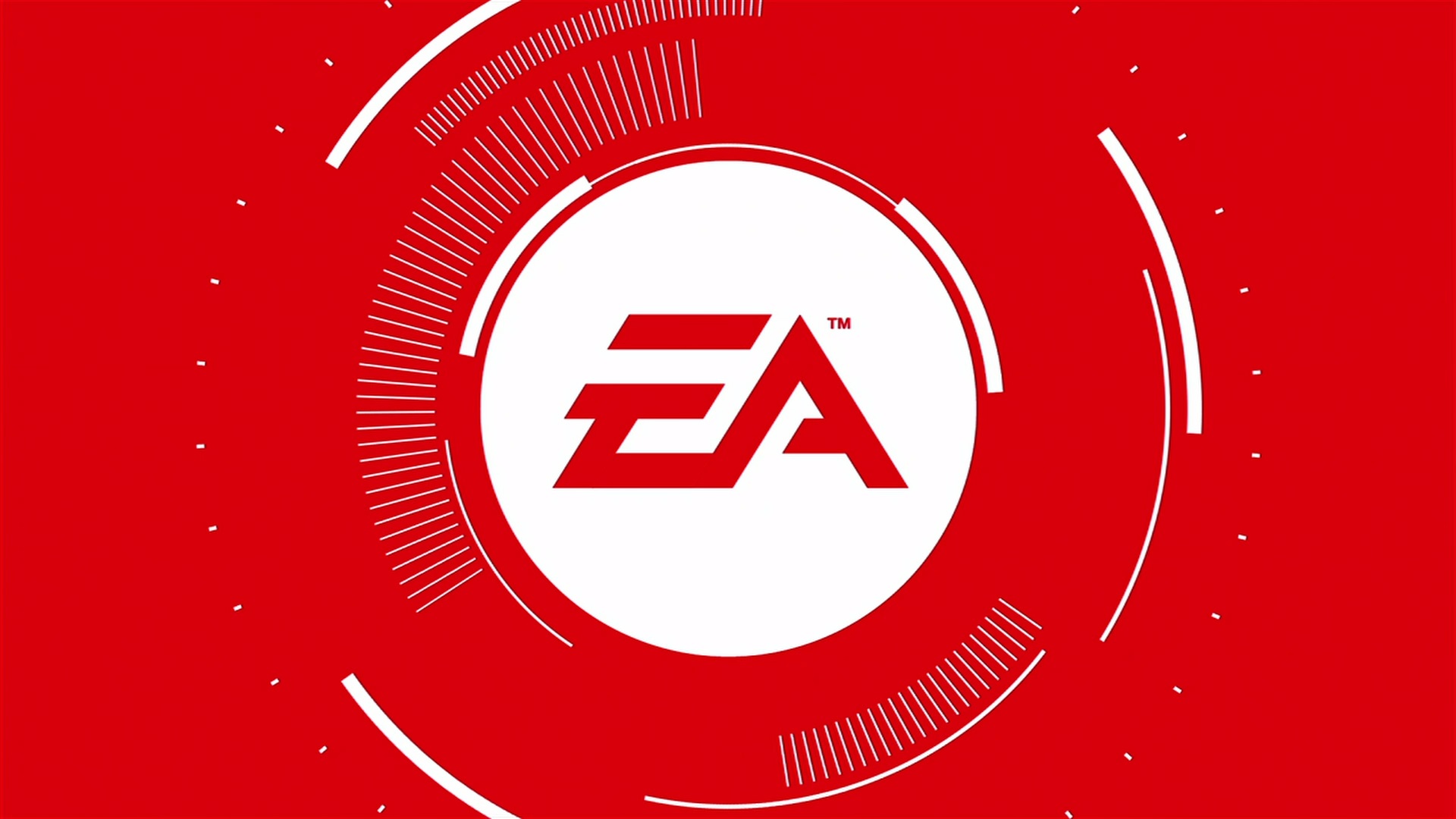 For gamers, the Electronic Entertainment Expo is the most wonderful time of the year. It is an annual event where industry professionals come together to celebrate gaming, and reveal all of the latest and greatest titles coming over the next few years.

This weekend marked the start of all the big announcements, with EA holding its conference on Saturday, while Microsoft and Bethesda held back-to-back conferences today. And again this year, I’ve put together a rundown of the biggest reveals at each of the conferences. In this article, we will look at the hits from…

EA had the most to prove from its E3 conference. After the loot box disaster at the end of 2017, EA executives really needed to step up their game to prove to players that they had the best interest of their customers, and not their wallet, in mind. Considering the magnitude of how hard they were hit, on all fronts, last year, this was no small feat. And EA did its best to handle this by putting the rocky past firmly in the rear-view mirror.

DICE led with trailer and gameplay footage for the latest Battlefield game. A few updates are making their way to the game, including: complete character customization, movable defenses, the ability to dive through windows (an addition worthwhile enough to mention on stage), and a battle royale mode. But, perhaps the most heavily stressed point, was the fact that Battlefield V would have no loot boxes and no premium pass. The latest title in the series is slated for an October release.

As usual, EA announced the next title in the FIFA series, but revealed the addition of the UEFA Champions League. While they’re going to announce more details this summer, they wanted to make sure that this news was given ahead of the World Cup (which starts very soon). Speaking of, EA also announced the addition of a World Cup event to FIFA 2018, as well as a free trial of the complete game on Xbox, PS4, and PC right now!

Note about the trailer: Apparently, Hans Zimmer helped with it, so that’s cool.

While the technology isn’t quite ready yet, EA did announce that it is working on a streaming service that will allow any of its games to stream in HD. EA also announced that its subscription service would be getting a boost with Origin Access Premier. Basically, it will include all new PC games, such as Madden (back on the PC for the first time in a few years), FIFA 19, Battlefield V, and Anthem. It will also include access to the ‘gaming vault’ (a collection of over 100 games). More news about this will drop this summer, but it sounds like an answer (or a preamble) to Microsoft’s upcoming streaming service.

There were technically two Star Wars announcements at the EA press conference.

The first was a very brief tease from Respawn Entertainment about the Star Wars game they’re working on. It’s called Star Wars Jedi Fallen Order, and takes place “during the dark times” between episode’s III and IV. It should be available during the 2019 holidays, but we won’t find out any actual details about the game until (probably) next year.

As expected, there was an update about Battlefront II. It was meek in comparison to last year’s E3, but highlighted many changes that the studio will be making to the game over the coming months. They’ve overhauled the progression system, added new cosmetics, and briefly touted the Ewok Hunt mode. Further, they’re in the middle of their Han Solo season, which will include new content dropping next week, highlighted by the planet Kessel and the return of Extraction Mode.

EA is also adding a new squad system to make playing with friends easier, a new starfighter mode, and a new sandbox mode centered around capital ships (a feature that’s further down the road). New Clone Wars content is in the pipeline, which will feature the planet Geonosis and new hero/villain characters (including General Grevious, Count Dooku, Obi Wan Kenobi, and Anakin Skywalker).

Overall, I was impressed with the level of support EA is showing Battlefront after the loot box debacle and, though I don’t play the game, hope that all the updates make it that much better for all the folks who do.

The first game was an interesting title, and I wasn’t sure how a sequel could come out of it, but it seems like the new game centers around the concept of cooperative gameplay. Along with a trailer, an extended multiplayer demo was showcased on stage, and it looks like an interesting couch title to play with friends. The reveal was accompanied by the announcement that the game is available now!

This is an EA Originals title from Jo-Mei. The game is supposedly about loneliness and how people experience it, and deal with it differently. From the trailer, it looks interesting, and I’ll definitely keep an eye out for it when it releases in early 2019.

As expected, the latest round of EA sports titles were announced at the showcase – NBA Live 19 and Madden 19 (coming back to the PC for the first time in years).

EA announced this mobile title, and went through an entire multiplayer match on stage, before actually revealing that it was a new Command and Conquer game. Honestly, I’m not sure how I feel about this move for the series. While the mobile market is one that everyone is always trying to get into, I feel like EA missed a huge opportunity to bring back a series that could have made a HUGE splash in the RTS pool. Right now, there aren’t that many options if you want to play an RTS game. StarCraft is about the only AAA RTS available, and there are only a handful of others worth mentioning, so opting to take Command and Conquer the mobile route instead of dropping a AAA title seems like a wrong turn. Either way, here’s the trailer:

If you’re interested to try the game out, and own an Android device, you should be able to grab the pre-alpha version of it from the Android app store.

EA saved “the best” for last, revealing a fresh trailer at the end of its showcase:

The trailer was followed by a question-answer session with Casey Hudson, back as the general manager of Bioware, the lead writer, and game director. “Our world, my story” is the main tenet of how Bioware presented the game. While players are part of a “living, shared world”, the hub portion of the game is experienced as a single-player. So, while the time between missions is spent alone, missions, themselves, are played with friends or other players. Bioware did say that the game could be experienced alone, but made it clear that the gameplay would be far harder if players decided to play without comrades.

Besides this general information, Casey Hudson and friends answered a few tweets about the game. The first was about customization and, yes, Anthem will allow players a very broad range of customization, both in cosmetics and play. This led perfectly into the second question about monetization. The bitter truth is that, while Bioware doesn’t plan on having loot boxes or any pay-to-win purchases, there will be microtransactions centered around cosmetic items. Finally, they answered a question about balancing multiplayer missions with a singleplayer story. This is where the concept of players having their own story, but experienced with others was talked about the most. And this is where it was mentioned that playing alone was possible, but difficult.

The most disappointing thing about Anthem is that it sounds like a clone of Destiny 2, only delivered a few years down the road. The biggest problem I have with the game is that it sounds very much like the developers are following the Destiny 2 formula. They plan on having a single player story that’s playable alone, but best experienced as part of a group (or, rather, designed to be experienced as part of a group). They made it clear that, outside of the player hub, the world is shared with others, meaning events and weather are the same for everyone in the world. And they did talk about adding more story missions and events as time went on.

Personally, I feel like Bioware is treading the same path as Bungie at this point. Anthem seems like it has the potential to be a good game, but I’m inclined to err on the side of skepticism until I get to see more. There was a multiplayer gameplay demo for anyone interested, but it was insanely scripted to the point where it was impossible to tell what was really going on. Anyone interested should definitely check it out, but make sure to swallow the footage with a few tablespoons of salt.

At the end of the EA press conference, I had a sour taste in my mouth. It seems clear that EA is trying its best to claw back from the hole they dug themselves in 2017, but the road is going to be a long one. Some of the games they showed had the potential to be exciting, but I couldn’t help but feel underwhelmed by how EA is trying to redeem themselves. So far, there isn’t really anything new, and the most outside-of-the-box games they showed were from independent studios that are doing their own thing.

I really hope that Anthem and the Star Wars game are good. And I hope that EA can come up with something fresh over the next few years. But I’m not going to hold my breath, and neither should you.