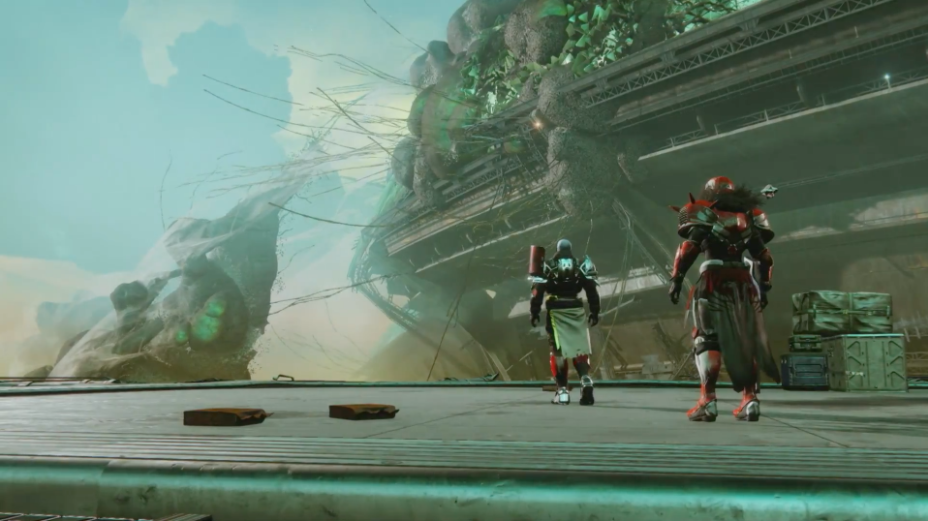 For those who were immensely disappointed with Bungie’s first offering of Destiny back in September, 2014, there’s good news! They’ve made enough money to make a sequel, one in which they promise to make the experience “more meaningful.” Today, at a Bungie press conference, the trailer and first glimpse into the new game was revealed. At the beginning of his presentation, director Luke Smith promised that the game will revolve around three pillars: “A world that pulls you in,” followed by “Amazing things to do,” and finished with “Always someone to play with.”

To further illustrate Bungie’s commitment to changing the Destiny concept, Smith also promises that Trials, raids, and Nightfall “will be available to all players.” There will also be a more robust clan system and more customization options for clan banners. Gear will also get further customizations and warlocks will get a new melee-based class called “Dawnblade,” which, in case you haven’t guessed, slashes at things.  That said, it’s hard to tell presently if the team is really making a large departure from the original Destiny formula, or just basically iterating on its previous mediocrity.

Perhaps the most interesting part of Destiny 2 is that it will be released through Blizzard’s Battle.net service. This will make it the sixth game available on the platform which could mean some pretty great sales expectations.  The partnership between Blizzard-Activision has only seen the publication of Blizzard games on Battle.net. Destiny will be the first publication that breaks this. While the inevitable bemoaning of “Why isn’t it on Steam” is already starting to be heard, Battle.net has proven to be a reliable and quality platform.

It is often said that the line between love and hate can be very close sometimes. There is a lot about Destiny to love: it is a beautiful game with amazing concept art and an unobtrusive user interface. However, time and again it feels hollow and poorly written. It is a game that seems to copy a lot of other Bungie games as well as other FPS/Co-op/RPG games without really doing anything original itself. Currently, Destiny 2 looks more like an expansion than a completely reimagined game. While the story takes place in the far off future, and this time there seems to be some kind of invasion that makes you want to really care about characters in the mix, the real question is will this be enough to get players through Destiny’s somewhat flat and recycled story lines?  Like all games that center around leveling and progression based game play, will there be enough content and motivation to keep players going from one mousetrap to another? For now, we’ll just have to sit and wait.