The Case for Fixing the Corp Finder 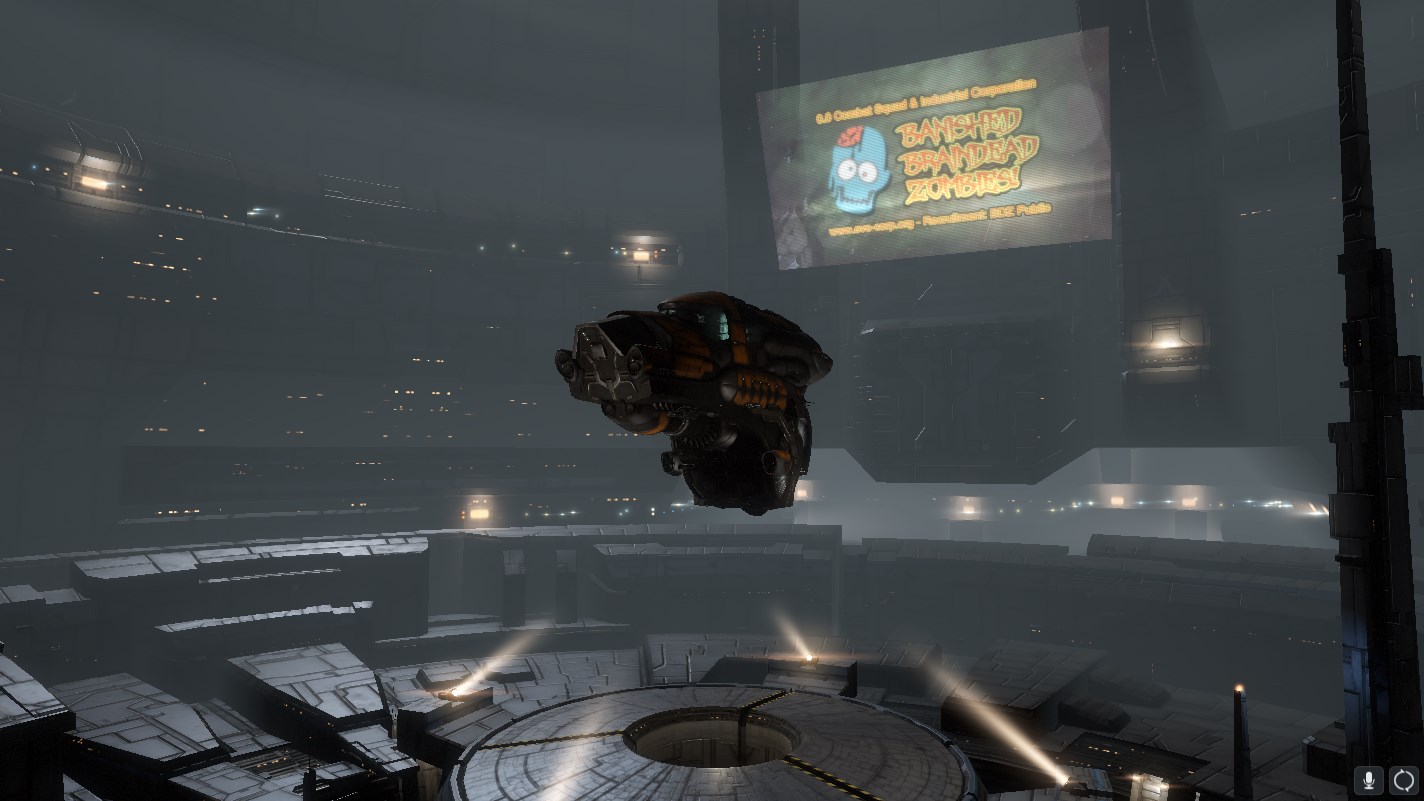 Welcome to EVE! If you have put in the effort to make it through the new player tutorials, and have stuck with your NPC corporation long enough to realize you don’t want to be in a non-player corporation, stepping out into the vast ocean of player-run corporations can be overwhelming and daunting. Thankfully, CCP has included a useful tool in EVE for helping you find what player corporation might be a good fit  – if you know how to use it. However, like anything else in EVE, knowing, is the real challenge.

A lot of massively multiplayer games in the last few years have tailored themselves to the solo/casual player, but it is next to impossible for most to play EVE as a solo experience. While CCP continues to make strides towards improving the artificial intelligence for NPCs, and adding more “randomized” events to NPC space, a vast majority of the game’s allure still resides in players interacting with other players. Holding space, influencing faction warfare, running incursions, building huge quantities of ships, and of course, blowing up huge quantities of ships – all of these are very hard to do solo or without some sort of measure of protection that can only be found by grouping with other players.

At 2015’s Fanfest in Iceland, CCP Rise released stats showing that players who are “ganked” in the safer part of space, high-security space, are more likely to stay with the game and join player groups. This came as quite a surprise as denizens of highsec often complain that ganking is ruining the game and is one of the main reasons people quit. What CCP discovered was that a lot of players involved in ganking and griefing open conversations with one another which would often lead to the victim player being invited to join the gankers and learn EVE with them. These conversations are interesting, whether they happen at first to say, “Hey you blew me up! F*** you…” they can often lead to teaching one of EVE Online’s most valuable lessons, while also providing a solution in displaying that nowhere in the game is safe – that it is best to group with other players and not fly alone.  Regardless of how these interactions play out, the one clear theme that comes out of them is the impression that flying in groups is much more ideal than flying alone. This is the thought that leads players to search for a group that might suit them. To do that, the corporation finder will need to be used. So let’s take a look.

EVE Online’s corporation finder is great when compared to pretty much every other MMO guild finder based on the simple fact that players have to manually submit their corporation on a regular basis in order to be listed in it. This means that groups being shown are active (for the most part). (Note: Working as intended: in typical Brave fashion, Cagali, CEO of BNI forgot to pay his recruitment bill this month.)

Of course, the downside to that is that leadership in the corporation has to actually remember to pay for their corp-recruitment ad in order to be featured in the corporation finder. This is not a huge deal, considering you can just look a corporation up on people and places and find their description page which will usually have their recruitment info on it. But this is one of those things that veteran players will know that new players might not be keen on.

The corporation finder also has some great selection fields to choose from. While most games only offer a selection between PVE or PVP styles, EVE selects for much more, including whether or not the group is new player friendly or allows friendly fire (shooting at fellow corporation members) and what part of space they operate in – high sec, low sec, null sec, and worm holes.  The corporation is also allowed to put links in their ads that will take players to external websites that might have more information about them like karmafleet.org (shameless plug).

All of these features are pretty straight forward, but anyone with experience will know that there are some major challenges in how it works.

Like any guild-finder in any massively multiplayer game of the last twenty years, EVE Online’s corporation-finder has its problems. Take a look. I entered in all the information that applies to me as a player: English speaking, USTZ, wants a lot of different types of gameplay and likes large groups of 1000+ players. Despite all this information, the corporation which I founded, KarmaFleet, is only a 44% match for me, while Pandemic Horde, and two other of Goonswarm’s corporations, rank higher: Ascendance and PLA. Ascendance and Pandemic Horde make sense, but PLA? One of Goonswarm’s most recent corporations, the People’s Liberation Army is a glorious corporation with some of the most diehard EVE players I’ve ever encountered. The only problem is that they (mostly) speak Chinese.

As an experiment, enter your own corporation requirements in the finder and see what pops up. The more I started playing around with it, the more intrigued I was in the corporations I was finding.

Lying, it seems, is rampant in the corporation finder. Groups tout their experience in doing “everything in EVE” but, in taking the time to look up a group’s activity level on zkillboard.com you’ll often find that a group that says they do “everything” will typically only have kills in certain parts of space. Then, there is also the hilarious aspect of groups that say they PVP, yet have nothing but mining barge losses (which I suppose is not completely wrong since they are technically PVP’ing). Take some time and browse the corporations in the corporation finder, check their ad’s language against what they actually do. Killboards can tell a lot more about a group than whether or not they are good or bad at PVP. They are a great way to see if a group is being honest about who they are.

On top of that, there is the mechanic for the corporation finder to act both as an “activity check” and a “money sink.”  The activity check comes in by forcing corporation leaders to renew their ad whenever the select period of time is over, which at maximum is 28 days.  The “money sink” comes in when the corporation leadership pays for the ad space as a means of removing chunks of in-game currency from the game. This is a mechanic found in most MMOs as a means to curb inflation and is found most in repair costs or listing items on the auction house. However, at only 7.5 million ISK for a 28-day advert, it is safe to say that the ISK cost is somewhat meaningless. So how can it improve?

To start getting more from the in-game corporation finder right now, visit these helpful out-of-game websites that players have built over the years. They compile data about corporations directly from the game’s API:

https://zkillboard.com/ – zKillboard is a treasure trove of information about anything and everything in EVE. Not only does it list ships being destroyed and who they belonged to, it also lists the date and time the ship was destroyed as well as listing items that may not be player driven, but can deliver killmails as well such as player owned starbases, citadels, and engineering complexes.  If a corporation says they do “a thing” zKillboard will be the best way to verify if what they say is true.

http://evemaps.dotlan.net/ – Dotlan is a fantastic tool that is all about maps, navigation, and so much more.  Looking up a corporation on Dotlan will reveal whether or not they hold sovereignty in nullsec, what their member statistics are like, who the CEO is, as well as whatever is attached to the corporation’s in game description panel, which will also include similar information to what is in the corporation’s in game advert with maybe more specifics.

https://evewho.com/ – EVEwho is a tool that that is great out-of-game method for finding information on individual players in EVE.  It can also be utilized to look up corporations (similar to dotlan but without the map information), but it’s biggest strength is being streamlined and easy to use.

Thanks to the flexibility of EVE’s API, player-devs have created numerous tools to solve challenges that do not have in game solutions – jump bridge navigators, loyalty point calculators, player API checkers, and wormhole trackers are just some of the many tools that exist outside of the game that many have said throughout the years, “gee, it would be nice to have this stuff in-game”. Or, at least, something that points to these tools. Of course, there are reasons these tools don’t exist in the game and probably never will. Some of it is probably due to dedicating resources to actually work on such tools and some of it is probably tangled up in CCP’s mess of “legacy code.” Regardless, it would be nice to see more signs pointing towards these awesome tools to, at least, let players know they exist. For example, in Blizzard’s World of Warcraft, if a player is stuck on a quest chain, Blizzard’s in-game support recommends going to third-party websites like wowhead.com. In EVE Online, this could manifest in many ways, but regardless of how CCP implements this tool, the important part is that new players discover it. A more complicated fix is to redesign the corporation finder to implement more accurate metrics on how it delivers search results.  Get rid of the arbitrary “ISK Sink” mechanic that forces corporation leaders to re-list their ad every 28 days and move to a system that delivers search results based on raw activity instead.  CCP has much more data than what is on external web apps and can weigh corps in ways players cannot.  Using metrics like ore, ice, and gas that the group has collected in addition to NPC kills, Incursion NPC kills, wormhole NPC kills, exploration sites visited, ships built, jump freighters jumped, and player kills are all great indicators of how active a corporation actually is.  Then, weighing that data based on what a player is looking for – size of corporation, time zone, area of operation, and playstyle – could further refine results. Those that bubble up should emphasize activity level in each of these categories and, in a perfect world, give corporations an incentive to be active.

Ultimately, the goal here is to drive player interaction. Regardless of all the tiny ways this can happen, the important thing is to keep the discussion going.  The new tutorial that CCP Ghost’s team has produced is, by far, its best iteration. The challenge ahead is in connecting the dots between a new player in an NPC world and how that player gets involved with one of the only virtual galaxies that is run by players.