A spot of bad luck for the Butlerian Crusade and a black mark on their killboard as corp member Frankster Ijonen was caught asleep at the switch with a 25b Azbel blueprint in the cargohold. 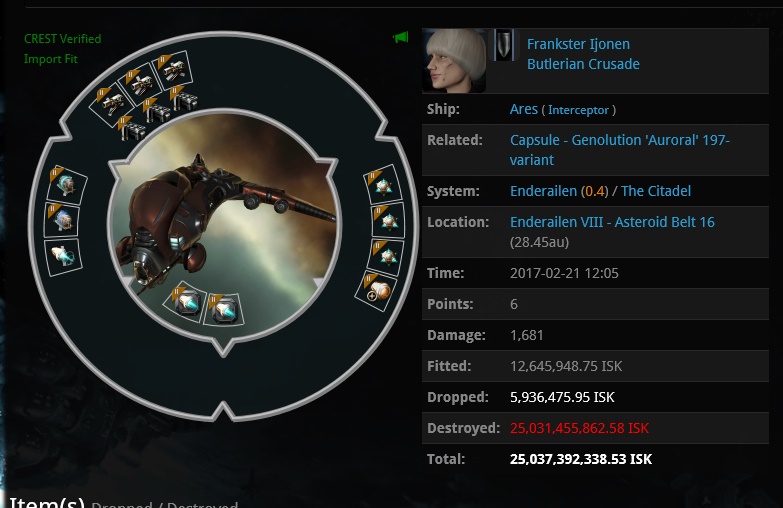 The lucky kill was scored by Vale Of Silence corp members Philip Batten and Plug5 in the generally quiet Enderailen system. We are as yet unable to confirm if it was a BPO, but did however get a comment from Frankster Ijonen:

“I didn’t even know that character was undocked. Imagine my surprise when I followed a link on reddit to find my own killmail…

Best guess is that I alt-tabbed to the wrong eve window and didn’t notice I was undocking an entirely different character and ship. I should probably get another monitor. And perhaps a pair of glasses.”

Ouch. Sounds like it may have been a BPO. Many of us who play EVE Online are fairly familiar with multiboxing several accounts at once, and of course the pitfalls that come with it. This ALOD seems to have most certainly fallen victim to the “too many accounts” problem.

Some players have different methods of preventing that kind of thing from happening, whether it’s arranging windows differently on the screen, or having more screens for extra real estate for all of those extra accounts.

A handy tip for differentiating between multiple accounts if you have an obscene number of them is to use vastly different window colours for each account. 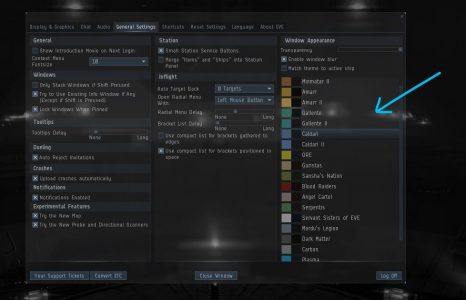 It’s not foolproof though, and you do have to be physically looking at the window to see what colour it is. That’s the thing with EVE, it’s generally recommended to try to have an eye on your clients at all times, otherwise you may lose your pod too.

Fly safe out there, Imperium!