Thanks from a Newbee

Shortly after my birthday this past year, not quite six months ago, I was sitting in front of my computer, bored of the gaming options I had in front of me. As I’m in my mid-thirties, plenty of video games no longer really appeal to me the ways they used to. At the same time, the games I played competitively were starting to become less fun and more time consuming.

Since some time in 2014, I’ve been patiently waiting for a certain other space game to release. I found myself disappointed I couldn’t disappear into a sci-fi universe and play in a sandbox with loads of other people. It is a strange disappointment to be sure. I thought back to my college days, both undergrad and grad school, when I first attempted to play EVE Online. If you’re doing the math at home, you probably already know this would’ve been about 15 or so years ago. This is when the Goons lived under the protection of the Russians and the Something Awful forums were filled with the exploits of new Bees changing the meta.

I thought of the time I had spent reading every breathless post, detailing massive battles and intricate political machinations. And I remember hearing about certain major events like Redswarm destroying Lotka Volterra’s baby titan in 2007 and the Great EVE War where Goons fought the implacable Band of Brothers. I spent an uncomfortably long amount of time in those days staring at political maps for a game I’d put only a couple of hours into. While I found EVE Online the game impossible, I found EVE Online the story completely immersive.

I determined to sit down and try EVE Online again, and really give it a fair shake. I wanted to understand this game that so many people love so deeply. I’ve been on SomethingAwful.com so long that my account is old enough to drive a car. So there was only one group for me to join, and only one piece of advice they give to newbees. Immediately upon receiving my invite to GEWNS, I packed up the handful of prizes I had won from the tutorial missions and the handful of agent missions I’d attempted, and I began the long, slow trek to Delve.

Since that time, I’ve played nearly 300 hours in EVE. It has only served to impress upon me how little I know for a game I’ve long loved from afar. There are things I could comfortably teach neophytes. But there are still a host of other things that I can’t seem to wrap my head around. Luckily, I’m in one of the largest blocs in the game. And I have access to some phenomenal wiki resources and dedicated teachers.

I spend a lot of my day job thinking about how my employer can better train people. So I’d like to give a special shout-out to everyone who makes this game easier for new people to comprehend. Whether you’re with CCP, or a newbee organization, or members of a large superpower, thank you. Thank you for spending time to make the sandbox bigger for everyone. 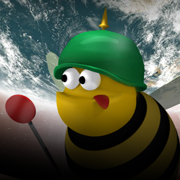 What’s up everyone! It is the one and the only CaptainT...

Those who don't follow eSports or Multiplayer Online Ba...