When first looking at EVE’s ship tree, the classification system makes any enthusiast of Steel navies feel right at home. You begin with the lowliest frigates and end with capital ships like carriers and Dreadnoughts. However, this feeling soon turns into one of discomfort as there are some striking differences. For the author, this came to an unacceptable head with Battlecruisers. Under strict naval definition, only the four Attack Battlecruisers are actually Battlecruisers. A Battlecruiser is traditionally defined as a ship possessing battleship caliber weapons with a higher speed, commonly achieved by sacrificing protection. In the time-honored tradition of nerds everywhere, it’s time to correct this error. 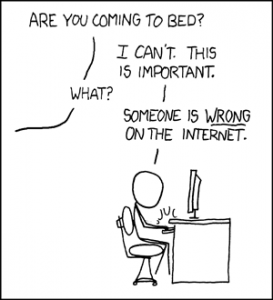 However, after examination, the issue is more widespread than just four ships. Across the spectrum of ship sizes, there exist mismatches between the Steel Navy classifications and how the ships are employed by the groups that use them. The classification system fails to adequately consider the role given ships fulfill over the course of a conflict. It is the case that the system is attempting to be too granular, and instead should take a broader approach to how various ship types fit together.

Within the structure of the Steel Fleet, there are three main categories under which all ships can be classified; Capital Ships, Cruisers, and Light Forces. While these are quite general, they make it very easy to understand the scope of duty that the vessel is designed to perform. These also make it possible to determine the relative value of these ships.

Occupying the lowest rung on the classification scale are Light Forces. These are small ships designed to operate as a group against larger targets. Typically fragile vessels, what they lack in durability they make up for in ease of replacement and the sheer number that can be built in a short time. Light forces forgo massive protection against damage for turn of speed. For Steel Ships, at the larger end of this category, you would find ships like the Clemson Class Destroyer. The smaller end would be occupied by Motor Torpedo Boats.

Looking at the high end of the scale, we have Capital Ships. Typically the largest ships in a navy, capital ships’ firepower, and defensive capabilities are second to none. It either takes another capital ship or a large number of smaller ships to kill one of these behemoths. This combination comes at the expense of maneuverability and ease of replacement. Typically, Capital Ships are only committed to battle when the possibility of a decisive victory exists. Capitals ships can take orders of magnitude longer to build compared to smaller ships. At the larger end of this category reside Queens of the Sea such as HMS Hood. Smaller capital ships are generally older, like the SMS Von der Tann.

Having defined the low and high end of the classification, it’s easy to define the middle. A cruiser is really a ship that does not fit nicely into one of the above categories, carrying enough protection to not rely solely on turn of speed, but not enough to render it impervious to all but the largest weapons. Enough firepower to make smaller ships think twice, but not enough to deal with all comers. Cheep enough to build in some number, but not so quickly that losses can be replaced almost without prior planning. The larger end contains ships such as the Hawkins class cruisers, and can approach Capital Ship size. The lower end contains ships that are commonly described as overgrown light units.

Using the above system, we can begin putting EVE ships into these broad categories. What this does is provide an at-a-glance overview to the ship’s general capabilities and use-cases. This focuses on combat ships only, supporting stuff like Logistics is intentionally omitted. Additionally, ships whose primary function are PvE or specialized gang related are omitted. Also, I have omitted Dreadnoughts from this classification as the role they occupy is closer related to railroad guns. While they are quite mobile out of firing position, once they are set up to engage they do not move which limits their effectiveness once deployed. As with the categories themselves, the upper and lower end are easiest to define first.

On the upper end, it is clear the Titans and Supercarriers are Capital ships. Possessing unmatched firepower and EHP, they are capable of decimating whole fleets of smaller ships on their own. They are also not common sights outside of large fights because the cost and time of replacing them is larger than any other ship in the game.

Opposite the Capitals are the small disposable Light Forces. It’s a little more difficult to pin down the exact limit here, I would argue that Light Forces in EVE are made up of the following categories. All Tech One ships fit here due to their ease of construction and smaller financial risk due to insurance. All Tech Two and Pirate Ships Cruiser and down, as they are still easy to construct and not too costly to replace. Tech Three Destroyers, as they sit at a nice price point where losing them does not hurt too much.

That leaves a small number of ships that fit into the Cruiser role in EVE. First up is Tech Three Cruisers. These ships are quite flexible and can adapt to serve many needs within a fleet. Next is the pirate battleships. Like Tech Three Cruisers, these ships bring a lot to the table but are somewhat less flexible than the Tech Threes as they can only fill a damage role. Both these types sit at a price point where it is more difficult to replace them without serious consideration to the initials. However, they provide a greater level of overall combat effectiveness than ships in the Light Forces category. There is still one more ship type in the cruiser category.

With recent changes to Rorquals that allow for massive amounts of minerals to flood the market and the introduction of engineering complexes, it has become easier than ever to build basic capital ships. Leading this movement from the combat front is the carrier. Possessing much greater combat effectiveness for its cost relative to other ships in the Cruiser classification, Carriers are at a sweet spot which no other ship can match. This is due to the carrier’s use of fighters, which provide unmatched flexibility in damage, electronic warfare, and maneuverability. The carriers themselves also have up to 4 times the EHP compared to either pirate battleships or tech three cruisers. This bestows increased longevity outside when they face Capital Ships. On top of all this, they also possess Jump Drives, giving them increased strategic mobility options over the other ships in this category. For groups that can afford it, the carrier is the general lineship of the future.

In addition, the mechanics and wealth present in EVE have also contributed to the rise of the carrier. As can be seen above, ship classification tends to drift over time, with larger and more powerful ships supplanting old ones. EVE’s rigid classification structure, a necessity of the skill system, does not prevent such growth in power within a class. There are also game balance considerations that contribute to this. For example, the lore describes the Typhoon as the oldest Minmatar battleship, but it is considered a peer of the newer Maelstorm rather than an inferior outdated design.  Similarly, the weapons systems utilized by all ships do not undergo upgrade cycles in the way a real-world weapon system would. All ships, regardless of age are equipped with comparable weapons. This leaves improving wealth as the main driver for classification shift. As entities within the game become richer, it becomes more effective to field larger ships on a regular basis. This is the shift we are seeing with carriers and as time passes more entries will cross the threshold to employ them in this manner. Future wars of EVE will no longer see carriers used as an exemplar of one side’s superiority but as proper combatants contesting control of the battlespace.