How renting has changed my view of the sandbox 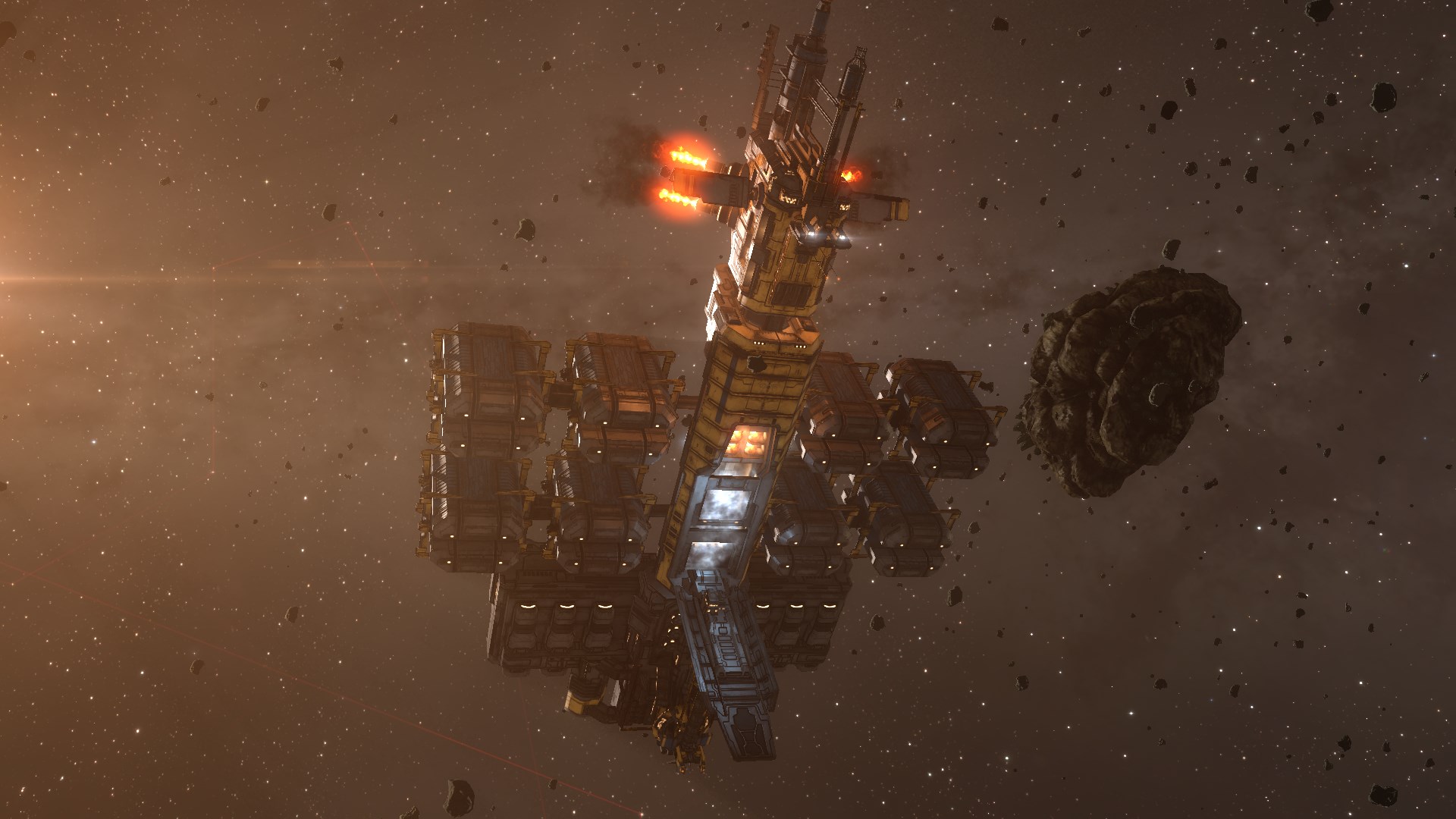 For most of my four year EVE career, I have mainly been a PVPer. The ISK I made through ratting and the market was only ever made to be put back into losing more ships. The concept of investing in PVE ships and skills was something I left to the “care bears” because there were more important things, like blowing people up, to take care of. Eventually, as my total skill points rose, I had to find ways to fund the addition of battleships, tech two ships, and even capitals. I routinely broke the golden rule of “Don’t fly what you can’t afford to lose”, but the rush was great enough that it didn’t matter. After four years of living from space check to space check, I landed myself in a corporation (with a few old friends) that decided to explore the industrial side of EVE.

As I have only really seen the PVP side of EVE, I was skeptical when I got the invite to join a renter corporation. Coming from a PVP background there is a certain negative connotation associated with renters. People around me viewed them as useless ratters who stumbled out of highsec and into some major null bloc’s wallet, so becoming one of them took a while to get used to. I’m not writing this to tell you I have uncovered a massive underground renter PVP powerhouse, but I have come to realize that renters are more diverse than people give them credit for. This isn’t to say that they are a force to be reckoned with, but when you get a group of players together that make more ISK than they have sense to use, you end up with interesting interstellar regions.

I would categorize the people I’ve met into a few basic groups: there are the people that are just there to make ISK (and want no business with anyone around them), the alt corps of veterans trying to fund their PVP habits (those with more ISK than sense who view the loss of their ship as an opportunity to build a new one), and the “retirement home”. The first three are self-explanatory but the “retirement home” is what I found interesting. The term originated from the way players jokingly refer to some of the older groups in the game, like Pandemic Legion or NC., as a retirement home for veterans. In the same sense, there are people in rental alliances that have ‘retired’ and are now in the ISK making business. By no means do I think these people are here to stay, but for long-time PVPers, it may just be an adventure into another side of EVE they have not yet tried.

All of these groups lead to an interesting dynamic when people decide to roam their space and gank some easy ratting targets. I’ve found that, more often than not, players are willing to jump in at the drop of a hat for some action if a friendly carrier or rorqual are tackled. Sometimes people are just stir crazy from ratting all day, but others genuinely want to save friendlies when they get into a bit of trouble. These people are living the dream: they’ve found themselves a spot in the galaxy where worrying about sov mechanics, and having to defend their home, is not an issue. Of course, this all comes at a price, but for any group bigger than a couple of people it’s a drop in a bucket.

All in all, I have found my time spent as a renter to be more enjoyable than I originally imagined. I don’t see myself staying a renter in the long term, but this experience has opened me up and helped me realize that there is a lot more to EVE that I haven’t yet taken part in. And if you take a step outside of your comfort zone, you will find there is a lot more to the sandbox than you originally thought.

Former CEO of a corp nobody has heard of. I enjoy trying new things in EVE and I have recently started writing about it.