New Launcher and SKINS from the Serenity server

In a dev blog released February 1, CCP released their new plans for the launcher, inviting players to try the beta and provide feedback on it. The biggest change is the new layout. Users are able to drag and scale the window to their own needs. Below are a few examples provided by CCP: 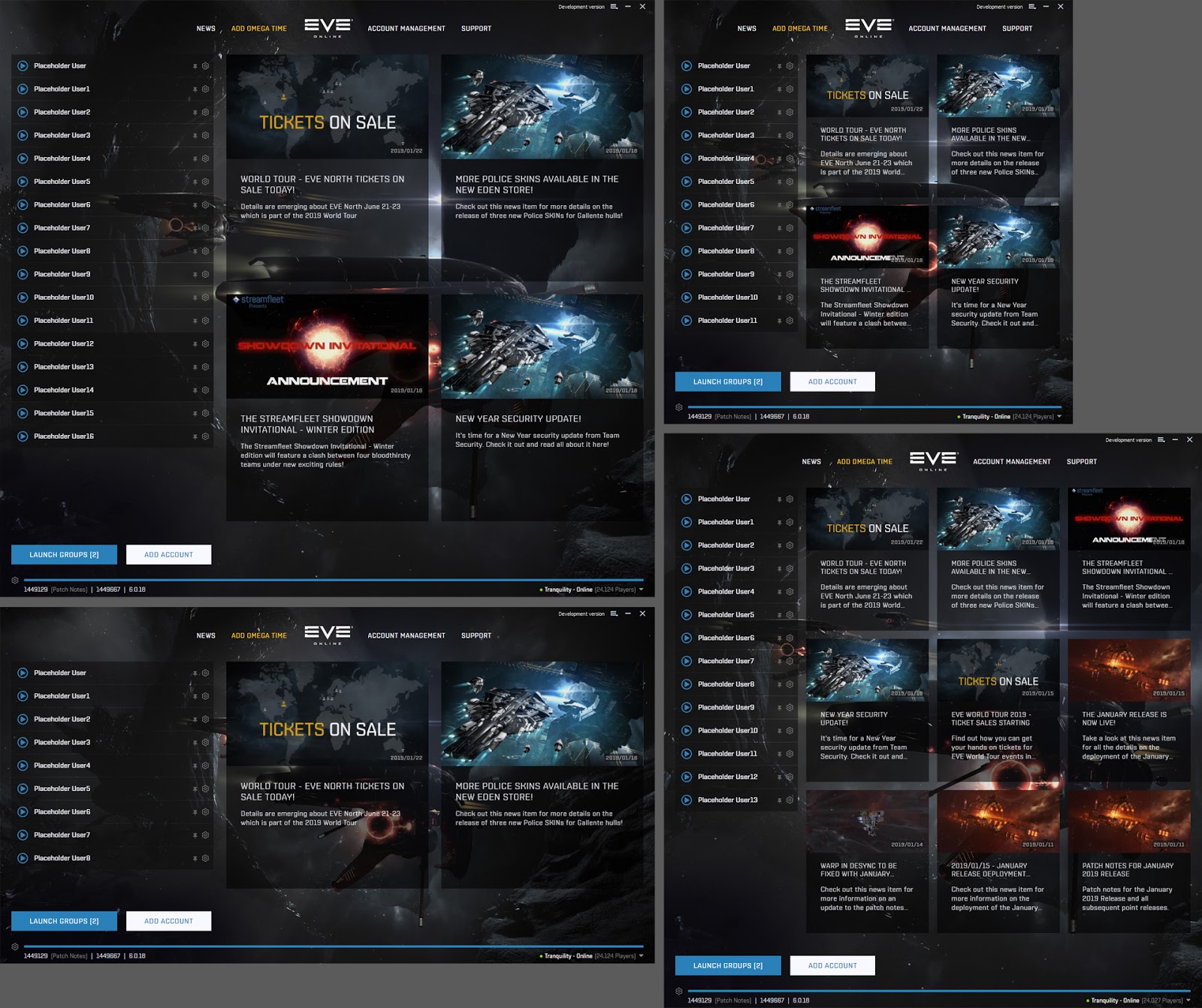 With this update, it will be possible for the first time to place accounts together into a custom launch group.  An account can be part of as many groups as you want, and you can have as many groups as you need. This allows you to organise your accounts as you wish, enabling rapid selection and launch of your miners, or your scout accounts. This is done on the account settings page which provides an overview of all your defined groups. 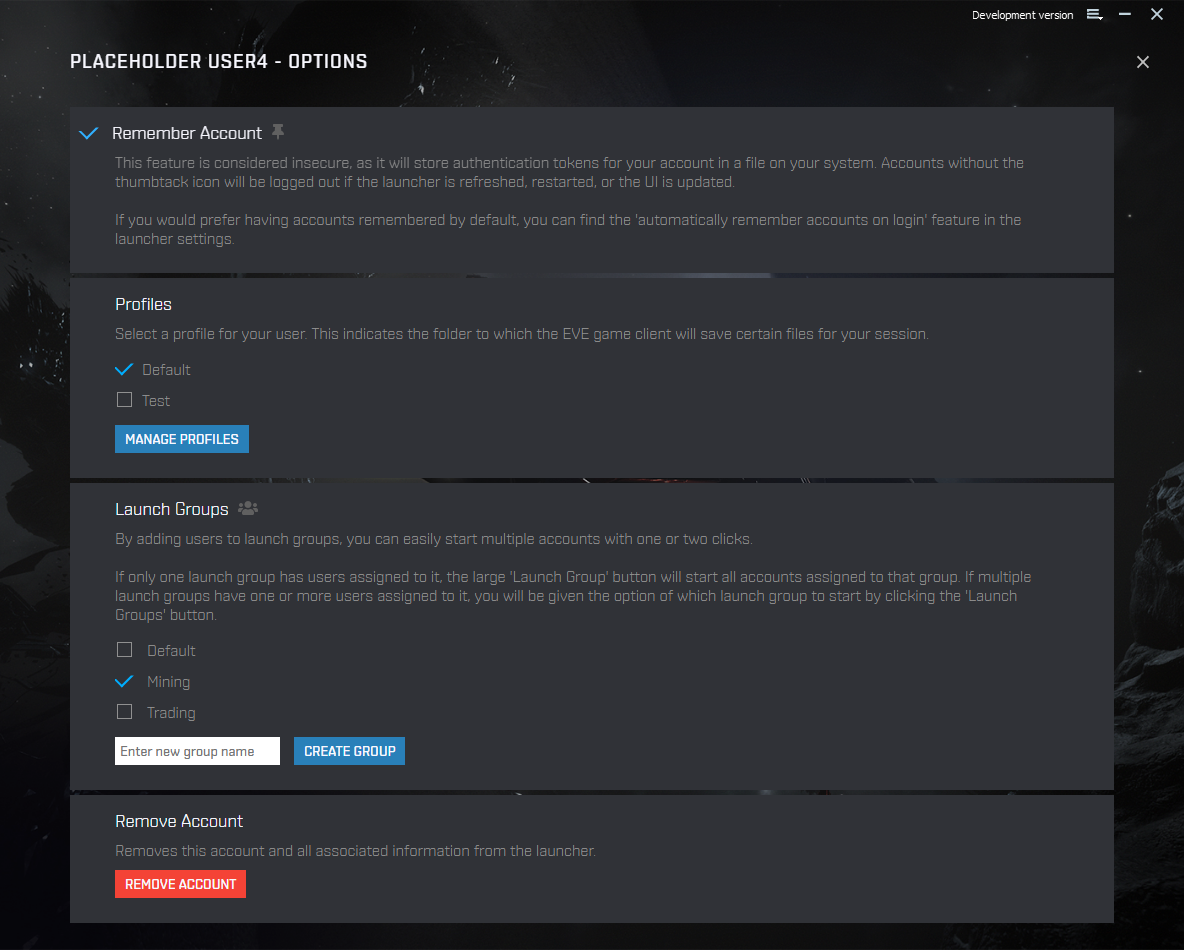 Back on the launcher front page, the Remember Account checkbox is making a comeback! This allows users logging details to be remembered and saved to make logging in quicker and faster experience. Also, a choice is provided with a setting that automatically remembers the accounts information after they log in. The client should also now automatically update meaning you don’t have to relaunch the client when an update has been patched to the client. 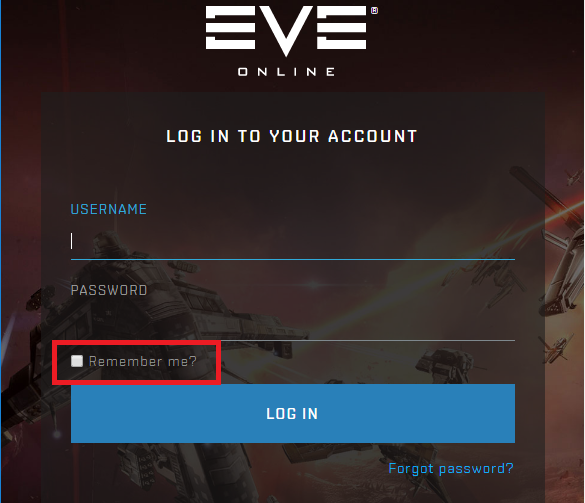 The authentication process has also been updated with the aim of reducing launcher errors.

If you wish to try out the new launcher now, it is available by following the steps below: 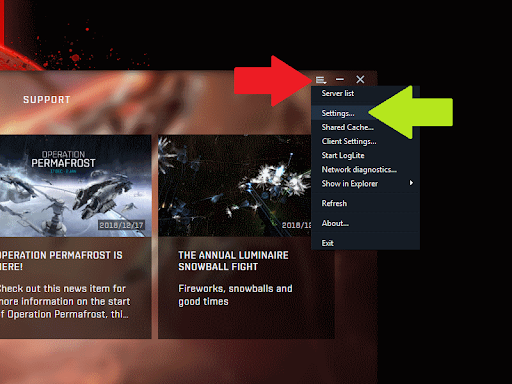 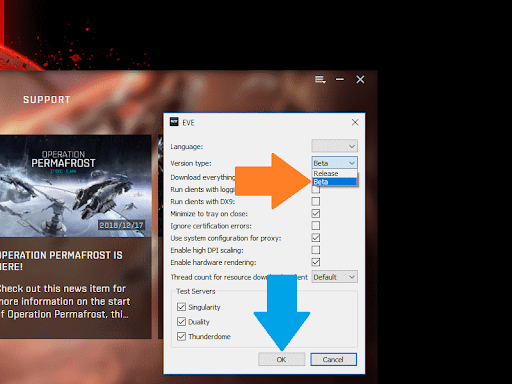 A window will appear, as shown above.

This will switch you to the beta build of the launcher. Now simply click the update option on the left of the launcher (pictured below), to update to the new beta launcher. 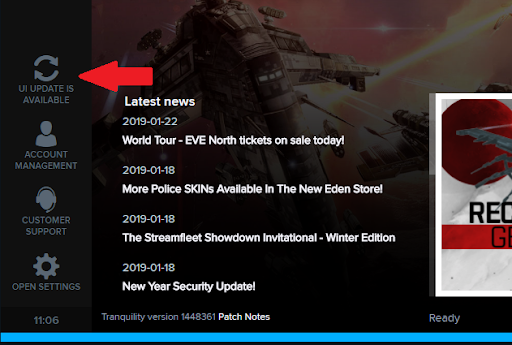 If at any point you’d like to switch back to the release version of the launcher, you can do so by following the same steps above and selecting “release” from the dropdown.

Finally, the team says that you will not have to relog in all your accounts, all accounts which have been pin will be copied over to the new launcher.,

A second blog post was released today, showcasing the first set of skins from Serenity. Previously announced at EVE Vegas, these skins are the first set to appear on TQ, the “Serene” and “Absent Heroes” SKIN lines: 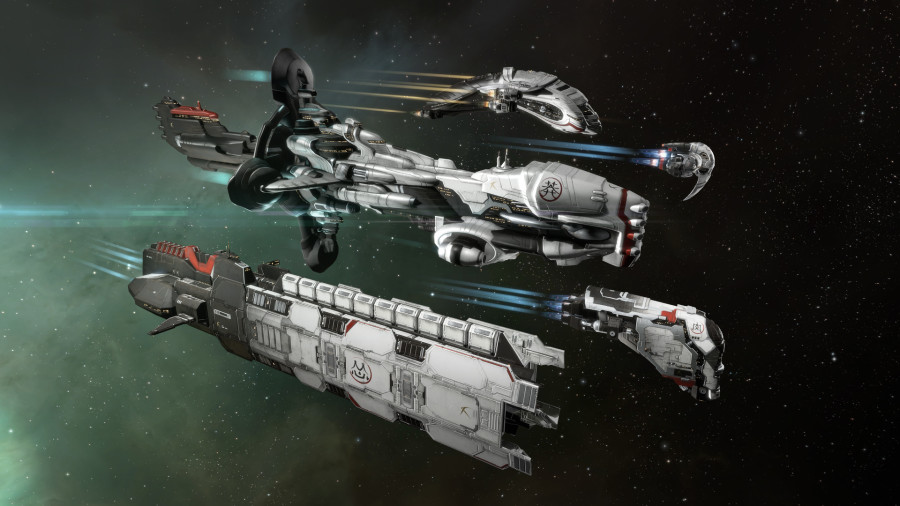 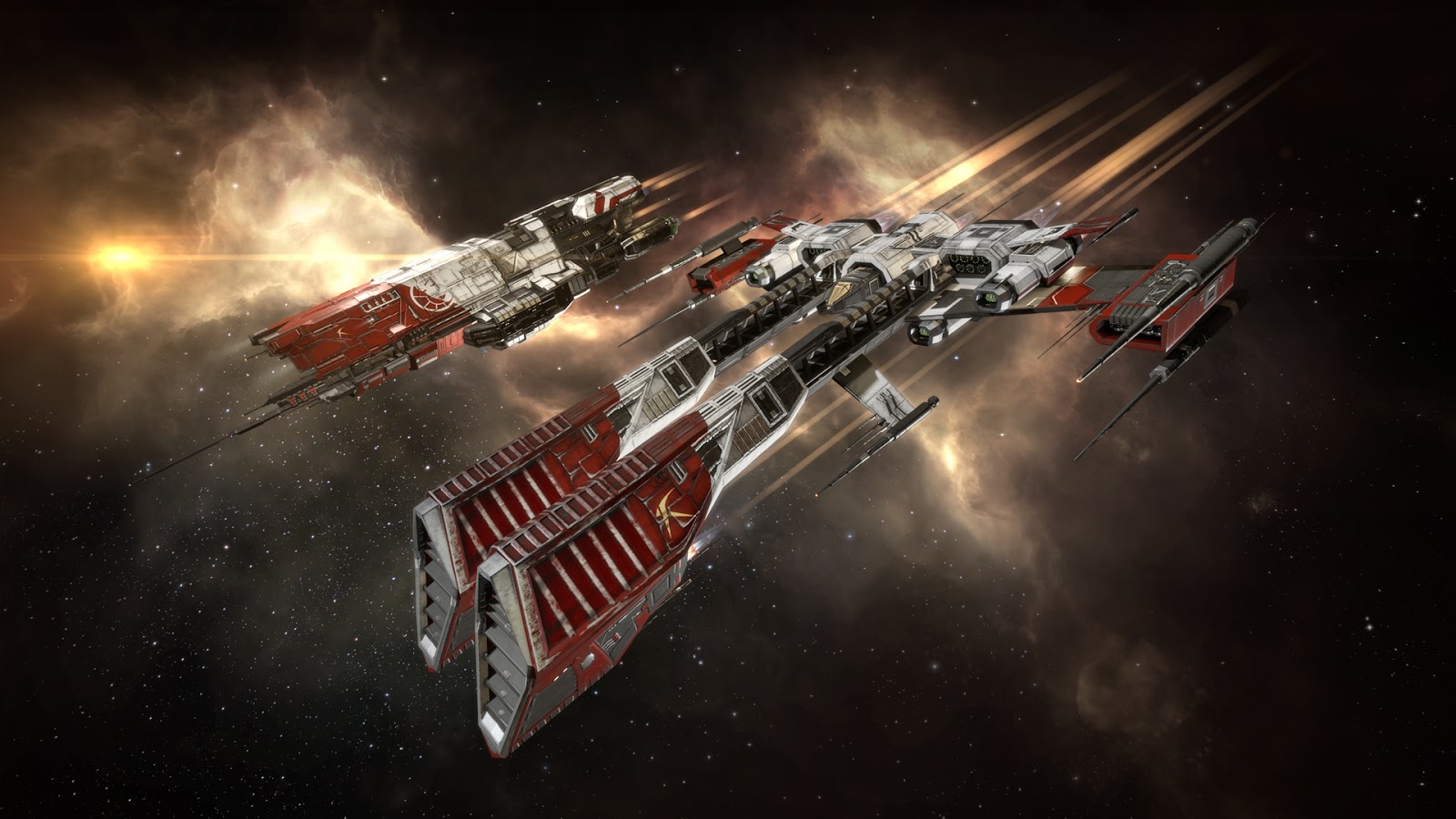 Lastly, CCP sent out a survey around the 13 days of EVE event, you can find the survey here and provide your feedback on the event.