The GSF and remnants of MBC are forming to fight over a new Keepstar planted in Deklein (2O9G-D). Local is already over 1300 as the major players make their way to the fight.  Battleship fleets, Bombers and more are expected to collide.  This is the first nullsec Keepstar and allows MBC to dock supercapitals.

Live coverage can be seen on TMC Twitch – The Boat Show.

Images of staging can be found on Tiberius StarGazer. 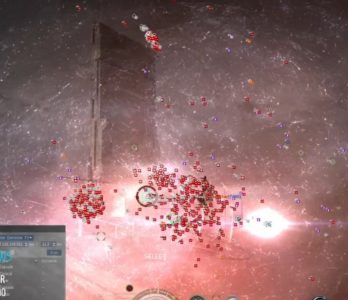 The Keepstar was placed by Darkness, led by Sort Dragon.

The Keepstar was anchored 24 hours before, but becomes vulnerable the last 15 minutes of that 24 hour period. The vulnerability time can be held open if constant damaged is applied to it, holding the timer window open indefinitely. 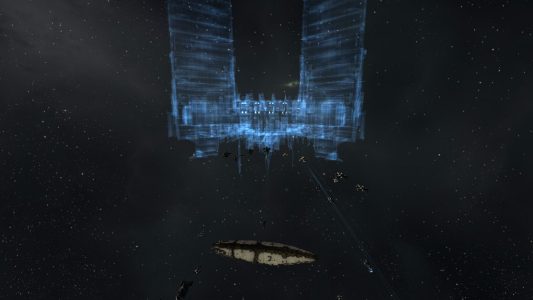 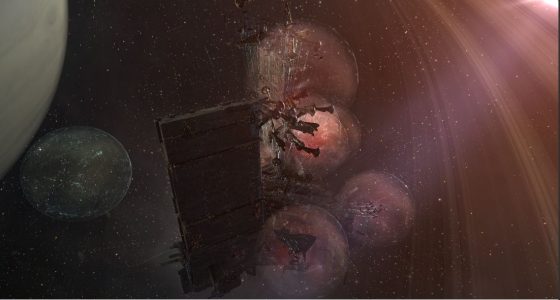 The fight essentially never happened, as GSF’s pings to form up big were a deception. The show of force from MBC was too great to overcome, especially when the citadel online mechanics are taken into account. The opening of a Thera wormhole in system would have allowed combatants from all over the cluster, but as it turned out there was no Thera wormhole (see comments).

Prophetically, the future was seen by NC (Military Industries) member 12 hours before the fight.

there wont be any fight.. all u will see is big ass tidi with the blue , then every one will dock and undock their titan and supers to see animation . some random HORDE will die in fire and some of their weird blues .. after that every one will rush to get outta system.. GOOns aint gonna come , they dont have the numbers neither ballz to fight , DBRB may come with inty fleet and thats it .

P.s it will be a definit victory for MBC for sure     – Bezdar22, Militaris Industries Corp

Perhaps GSF was bluffing all along to make MBC form up for nothing, but the show of force, especially from NC, didn’t discourage them as much as it raised their morale. If NC and GSF have pilot parity, there could be a whole new era of brawling in the north, with or without coalitions.