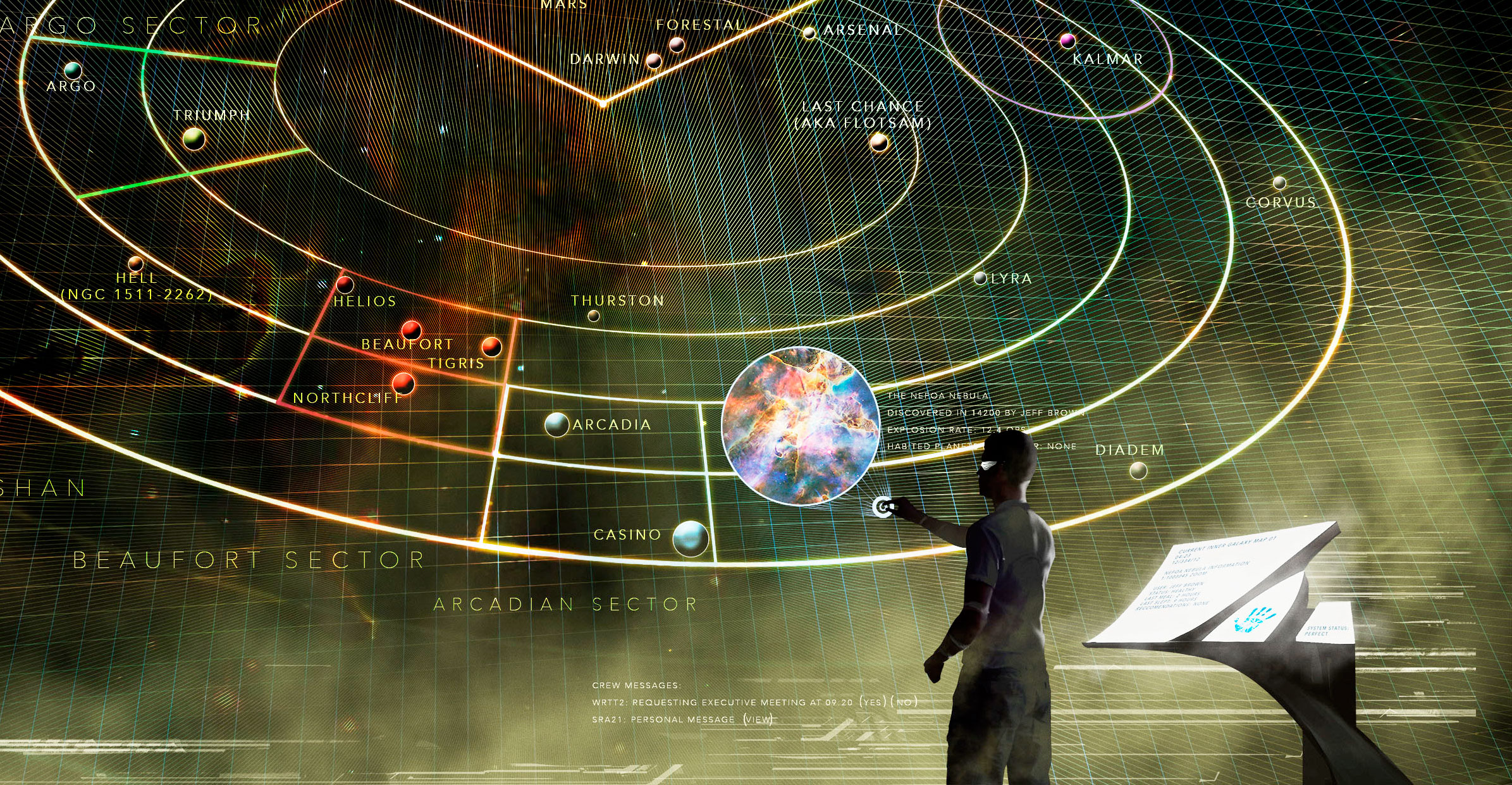 Today we have another FC roundtable. We invited pilots from several diverse groups across New Eden and were joined by representatives from TEST, Goonswarm Federation, and Snuffed Out.

Anschau (Mod): It has been several months since our last FC Roundtable and we have seen some big changes on the map, especially inregards to MBC and Goon fighting. How have FCs been coping with the slog? Are we seeing less emphasis on sov fleets and more on small gang?

Cavalira (Avalon): Personally I think the inty fleets had quite an impact on my scene

Vily (Test): There hasn’t been a large amount of large sov level fighting since the end of “WWB” it’s been mild cleanup with the odd fight here and there aside from those in direct range of GSF who get the occassional “fleet” sized engagement.

Jay Amazingness (Goonswarm): We have been mainly focusing on raising adms in the pureblind space we own and attacking low adm systems to cause mbc alliances to work together

Vily (Test): Larger than 100 I would say. Certainly fleets below that size can be fleets, but it’s all subjective to your point of view.

Anschau (Mod): It’s interesting the dynamic with the MBC right now. We saw a Darkness Titan get tackled the other day by Pandemic Horde and some of the FC on FC diplomacy didn’t go well for Goonswarm when they brought in a bomber fleet to attack it. How do those FC on FC negotiations usually work, is it line FCs or is there a chain of command?

Jay Amazingness (Goonswarm): It depends on what it is over, the titan for example was probably handled by someone that wasn’t the FC of that fleet.

Vily (Test): For some FC’s there is a chain of command, some FC’s are the CoC. Some people are comfortable making those kind of calls, some aren’t. Knowing the political implications for that type of event is usually WHY there are people that are or are not comfortable with that choice.

Anschau (Mod): Do alliances give line FCs more leeway if they make the wrong call in that situation? Or are their more repercussions for helping an enemy?

Cavalira (Avalon): More compared to what?

Vily (Test): Could you rephrase the question?

Anschau (Mod): Yes, if an FC has to work with someone they normally would not work with or plan an op with, would they get leeway for making a decision to do that in the heat of the moment?

Jay Amazingness (Goonswarm): I would rather a fc make the call and possibly get the kill than them spending time talking to diplos.

Vily (Test): Every FC is different, and every alliance is different. It would be a measure of that FC’s confidence in his own decision by most regards

Jay Amazingness (Goonswarm): Yea if the FC can justify how it would play out then I don’t really have a problem.

Cavalira (Avalon): If you can get more content by collab’ing with someone, you’d do it.

Vily (Test): Sometimes yes sometimes no. When you live in low-sec you have slightly less repercussions to worry about ;p

Hy Wanto Destroyer (Snuffed): Yea. We do not really care who we work with.

Anschau (Mod): We’ve seen a lot big FC names in the past. Is there any particular FC on the MBC side who is kind of the flag-bearer or has emerged as a brand among the different corps and alliances?

Hy Wanto Destroyer (Snuffed): Killahbee, was the most prominent and did an excellent job of organizing stuff.

Vily (Test): Killahbee certainly made his name during the war. He didn’t actually get a ton of actual fleet engagements, but he organized well and kept PL in the fight

Anschau (Mod): For those not familiar, what kind of FCing does Killahbee do?

Vily (Test): He is just an FC for PL. I don’t think he has any particular specialty that I’ve seen.

Hy Wanto Destroyer (Snuffed): He is just a normal nullsec FC. He came from nulli right?

Cavalira (Avalon): I’d classify him as a lord of the rings. Killahbee that is.

Anschau (Mod): For everyone but Jay, who do you guys’ preceive as the top Goon FC right now?

Jay Amazingness (Goonswarm): Active FCs you have people like Asher. But Vee and Laz are still ballers.

Vily (Test): Aye, both good fellas, but quite evidently inactive.

Anschau (Mod): Where do you guys see doctrines heading as citadel and Fozzie Sov settle into the bones of the meta?

Vily (Test): I don’t see any changes coming atm. Meta changes are usually due to game or balance changes. Of which there are none.

Cavalira (Avalon): TBF you dont have to be active in dota to be a good FC.

Jay Amazingness (Goonswarm): For lowsec stuff rattlesnakes are pretty good, for null it has to be armor cruisers if you are expecting titans to be used against you.

Vily (Test): Not at all, that’s just if you’re planning to sit on grid with titans, which is a horrible plan to begin with.

Hy Wanto Destroyer (Snuffed): Yea rattles have kinda overtaken machs in terms of top tier BS in lowsec but that’s not really due to patches.

Jay Amazingness (Goonswarm): So like if you are in ab t3s and get hell bubbled you are p fucked. Hy: Wouldn’t the combat refitting have affected machs?

Hy Wanto Destroyer needed to leave and is replaced by Duckslayer (Snuffed Out).

Anschau (Mod): Has the Titan doomsday changes sparked any doctrine changes from what was going on earlier int he year?

Vily (Test): No. The titan doomsdays are mostly irrelevant in terms of subcap combat since they are incredibly hard to aim and any fight with titans already on grid is a fight already dominated by that simple fact. And to Jay’s earlier comment. If you’re in AB t3’s and you get “hella bubbled” then titan dropped you already dropped the ball pretty hard.

Jay Amazingness (Goonswarm): I remember this one time snuff bubbled some amok titans and were 50k deep in them and we dropped mad supers and farmed them, but in a fairly even fight if one side drops some tracking titans they are going to have an advantage unless you dreadbomb.

Anschau (Mod): Do we see any changes in staging? Will Citadels be preferred over stations at some point? Are they already?

Jay Amazingness (Goonswarm): Yet. CCP has been saying for years they want a way to kill stations. I also wouldn’t really know about living in a citadel #AsshouseLyfe

Vily (Test): “An advantage” would be a slight understatement and in regards to citadels, until they fix the contract issues they are going to be hard to truly stage from. Until the tethering bump issue is fixed citadels cannot replace POSes.

Anschau (Mod): It seems Titans have become paper thin and hard to keep alive. We saw 2 NC and 2 TISHU titans bite the dust the other week despite the MBC holding the field. Will people get more conservative?

Anschau (Mod): Less likely to use their titans.

Duckslayer (Snuffed): Tishu are trash TBH. [Editor’s Note, Psychotic Tendencies was invited and agreed to participate in this roundtable but did not show up.]

Vily (Test): lol; Not sure if serious…

Cavalira (Avalon): They can also use a lot of cool stuff now.

Jay Amazingness (Goonswarm): Well even before the patch 70 dreads still would have killed some titans. Maybe not 4, but still some.

Vily (Test): The first two and halfway into the third were dreads, the fourth was bumps.

Vily (Test): And arguably those last two would not have died if they weren’t rags with active tanks.

Vily (Test): Well mixed tank rags in an entirely armor based super fleet are at a serious dis-advanatage and snuff/Imperium took advantage of that.

Cavalira (Avalon): But obviously not for bit fights.

Vily (Test): Honestly with 80+ dreads only killing 2 titans when they had so few FAX at the start and the delayed NC. Arrival is NOT a good indicator.

Anschau (Mod): Do you see any strategic advantage to getting a faction Titan, or is it just a trophy/primary magnet?

Cavalira (Avalon): Can’t imagine it being better than x amount of titan. Pretty much the same with the Revenant.

Vily (Test): No the faction titans are just trophies. They are a tiny bit better but it’s not worth 4x the cost?

Jay Amazingness (Goonswarm): What would you rather have a faction titan that does a little more DPS or 2-3 extra titans?

Cavalira (Avalon): Isn’t it basically the same as with the rev?

Anschau (Mod): Anything else on your minds?

Duckslayer (Snuffed): As a Muslim in eve, even as a well respected FC I just want to mention that the Islamaphobia from members even in my own fleets is a real issue. And sad to see.

Cavalira (Avalon): To be fair; No one should discuss anything without also adding the fact that Svipuls are really annoying. Svipuls are strong as hell.

Vily (Test): Bubble immunity anything is a tad annoying.

Anschau (Mod): This last bit we will just send directly to CCP.

Jay Amazingness (Goonswarm): I wouldn’t mind if you could tackle them irt bubble immune. But 1.9s align is impossible.

Vily (Test): I would just like titans to recieve the 3% bonus.

Jay Amazingness (Goonswarm): Vily I don’t like that you can’t run more than 3 links without command procs anymore. It used to be based on level of titan skill.

Vily (Test): No it didn’t ;p But it makes no sense to me that the ultimate command ship gets no link bonus.

Jay Amazingness (Goonswarm): Pre-patch it was you can run 1 extra warfare link per titan skill level or super skill level.

Vily (Test): THAT will change the meta a lot.

Cavalira (Avalon): Here’s something about FCing. More people should try it.

Cavalira (Avalon): Instead of glorifying it as “oh man this guy is a fucking hero he’s the leader,” instead see it as you’re the main guy in the group that finds the right club to go to.

Duckslayer (Snuffed): You have to remember, a high % of eve players are cucks, and thus love to dote on some loud mouthed bad who shouts at them to do stupid stuff. See DBRB. Hurdurhur.

Duckslayer (Snuffed): Can I just shout out to Eben Rochelle, my First FC. He was alcoholic and that turns out to be an excellent FCing trait. Hard drinking makes you pro.

Vily (Test): Balaz Simon my first FC shout out then, wherever he may reside.

Anschau (Mod): Well that seems like a good place to wrap things up. Thank you all for joining us.

(Editor’s Note: While the content of this chat was edited for spelling, punctuation, and comprehension, nothing was censored.)