PLAYERUNKNOWN’S Battlegrounds is a multiplayer online Battle Royale shooter that pits 100 players against each other in a fight to the death. Spearheaded by Brendan Greene, creator of the battle royale genre and responsible for games like Arma 3’s Battle Royale mod and providing the inspiration for H1Z1’s King of the Kill, PUBG has quickly gained popularity.

Currently available in Early Access on Steam, PUBG, as it is abbreviated, has quickly become the go-to game for Battle Royale fans. If you want to find out more the game be sure to read my Early Access Preview. Today we’re going to look at some common tips and strategies that are helpful for players just starting the game. The following guide assumes you are familiar with the concept of the game – the basics can be found in my preview. 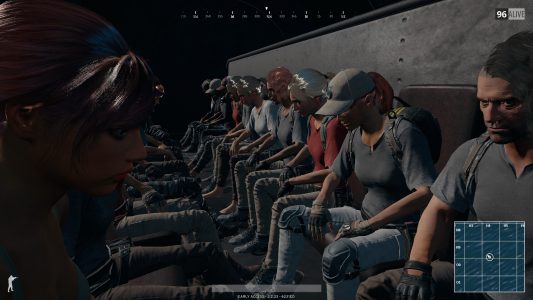 PARACHUTING & WHERE TO LAND

When the game starts you spawn in a plane with the other 99 players in the match. The plane will fly in a straight line across the map, and the angle of this line is randomized every time. You will quickly have to decide where you want to land. The best start is to familiarize yourself with ShatterNL’s map, which highlights loot and vehicle locations.

There are three schools of thought when it comes to choosing when to eject from the plane. Some players like to eject as soon as the option becomes available; you will find roughly a quarter of the players in the match will do this – these players want to get into the action as soon as possible. You will either get a head start on loot and a few kills, or will die quickly and be able to jump straight into another match and try again.

The next group of players try to aim for somewhere in the middle of the map that is away from other players. This means for a good portion of the match you are alone and have time to gather loot and make your way to the circle. Sometimes you may have another player or two around you, but it is much easier to deal with one or two than it is to deal with thirty. Some players don’t like this method because you can often spend most of the match without seeing a single player, however, this is the best method for getting yourself into the top ten.

The last group waits until the very end of the flightpath, much like the players who jump at the beginning – this generally comes with a sizeable group of players, but not as many as the initial jumpers. This puts you in a position where there is no one behind you and you can push forward towards the circle.

When parachuting, there are several things to keep in mind. If you point your character straight down to the ground and hold W, you will do a divebomb and reach the ground as quickly as possible. This can be helpful for beating other players to the ground to obtain loot. If you are looking to cross a large distance, maybe to put a gap between you and other players, you can point straight ahead and tap W. Periodically tapping W will make your character push forward. This momentum will allow you to travel a greater distance and reach places most players wouldn’t think of attempting. 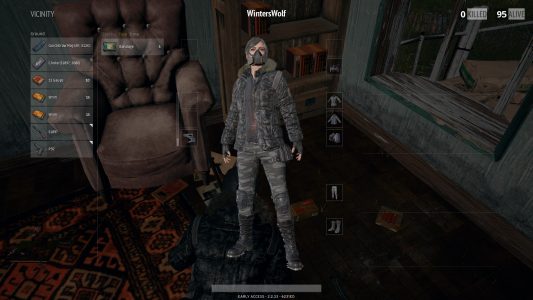 When looting items in buildings, it is often going to be tempting to just point at the items and press F. This is actually the slowest way to loot! A much quicker way is to press Tab to go into your inventory and right click on the items. This will place them in your inventory and skip the looting animation you must wait for by pressing F. 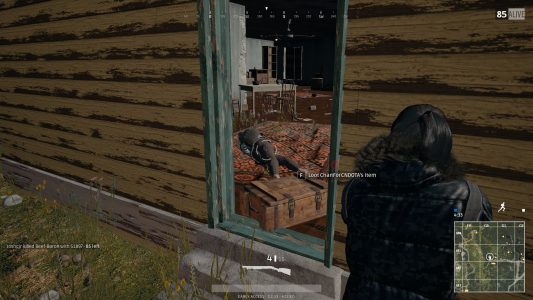 The game features both first and third-person camera modes, this allows players to use the third-person camera to peek around corners and over cover without exposing themselves. Something that isn’t completely obvious in the beginning is that you can actually switch which side the camera is on in third person mode by holding down right click and pressing Q or E. This is extremely helpful for peeking around corners and through doorways.

When peeking around corners or through doorways, if you are using the third-person camera to aim your gun and quickly shoot there is a few things to keep in mind. You can hold down right click to aim in third-person without aiming down sights. However, you have to be careful when peeking. When aiming around a corner, through a door, or a window – if your gun is obstructed by something a red circle will appear. This circle means that your bullet will hit that obstruction. If you don’t see this circle, you will hit where you are aiming. 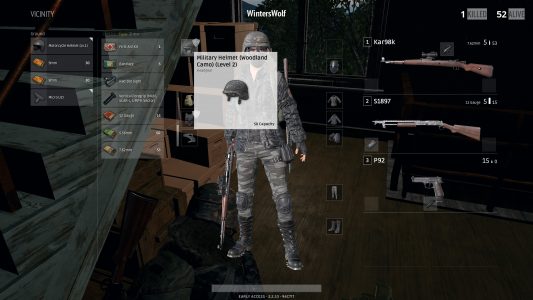 While looting, you will find helmets and police vests. These are protective pieces of gear that can mitigate some damage from bullets and melee weapons. However, there are a few things to keep in mind when it comes to protective gear. First of all, level 1 and 2 helmets do not protect your whole head; they protect the top and back of your head but not your face. Level 3 helmets offer full head protection, including the face.

If you have been reading around on the internet, you may have come across people telling you that all protective gear no matter the level deflects the same amount of damage. This is incorrect. Each level offers increasing amounts of protection to the player. Additionally, being hit in different parts of your body has different damage multipliers, with the head and chest being the best places to target. 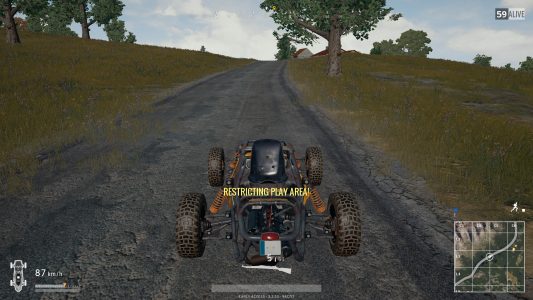 As the match progresses the play area begins to shrink. At first, if you get stuck out of the play area you have plenty of time to get inside as the damage done to you is minimal, however each time the circle shrinks, the damage increases. Situational awareness and always staying on top of how the circle is progressing is key to survival.

On the bottom ride of your screen just above the minimap is a bar. On one end it is blue, the other white, with a little silhouette of your character running. The blue is the boundary of the play area and the white is the circle boundary of the play area. The little character running indicates how close you are to either, as the boundary begins to reduce in size the blue bar will expand to the right. A timer is shown just below the bar indicating how long until the boundary shrinks, or shows an exclamation mark if it is currently shrinking.

You will want to always ensure you are close to the white circle. If you have a car, you can beat the shrinking blue circle. However, it moves faster than you can sprint on foot. If you are outside the white circle always try to head towards it before the blue circle starts shrinking unless you have a car. It is often good to get a head start as this allows you to camp inside the circle and catch players who leave it until the last second before making a mad dash towards the play area. 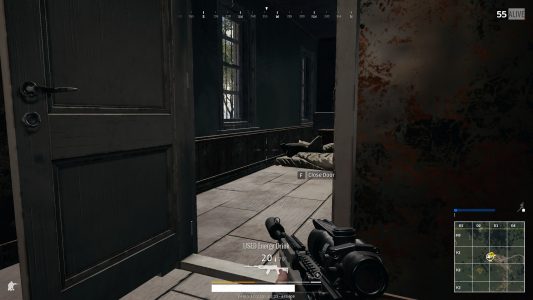 Not all medical supplies are made equal, and it’s good to learn what will get you back to full health the fastest. There are going to be times when you are hidden behind cover in a firefight, only inches away from death before you’re able to heal yourself. There are several different forms of medical supplies in Battlegrounds: med kits, first aid, bandages, painkillers, and energy drinks.

Med kits will heal you to 100% health and are the hardest to find. First aid will heal you to 75% health. Bandages do the same, however they heal you in small chunks up to 75% and then can’t be used any further. In order to take yourself from 75% to 100%, or in a situation where you have no med kits or first aid, painkillers and energy drinks heal over time. You can drink multiple energy drinks and take multiple painkillers to increase the health gains, and if you have enough of either it will also give you a speed boost when running – great to keep in mind.

These are just a few tips to help you get started in PLAYERUNKNOWN’S Battlegrounds. Using this advice will increase your chances of winning, however, every player finds their own play style. There is plenty more advice that can be offered such as positioning and weapon-based tactics, however, the only true way to learn is to play as many matches as possible. If you have any other tips or strategies, feel free to leave them in the comments below and tell us what works for you.

Week 49 of World War Bee picked up again from the slug...