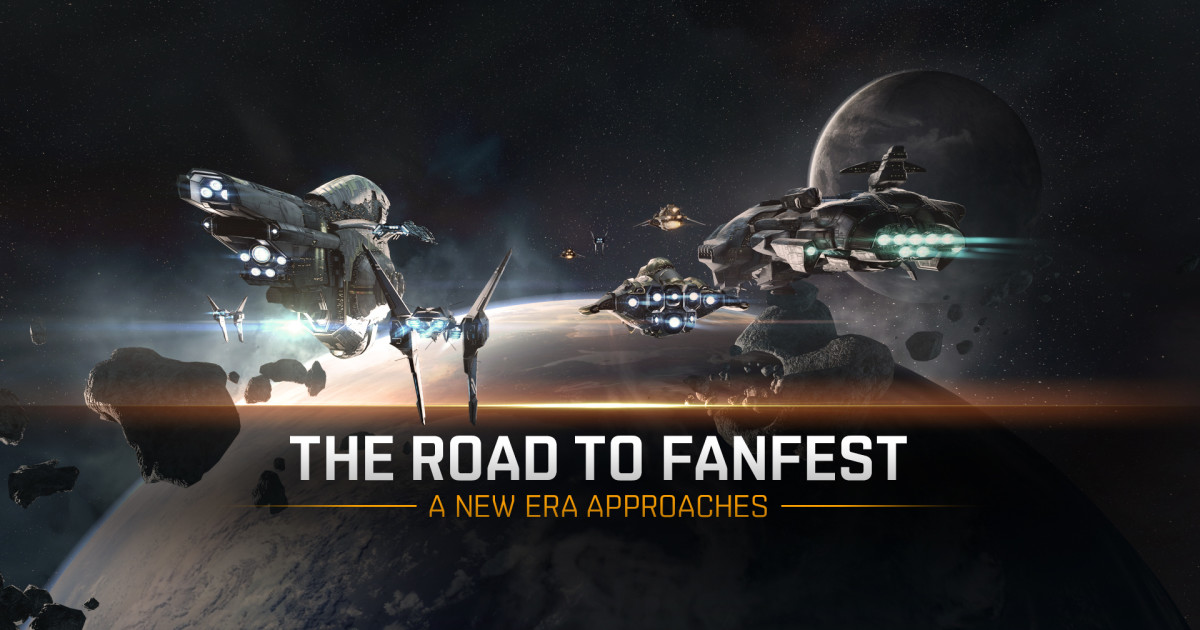 CCP announced the Road to Fanfest 2022 Update during a live twitch event with CCP Rattati, CCP Burger, CCP Swift and Carneros. The hour long stream covered a variety of topics gradually building up to announcements on battleships, compression, reversal of Surgical Strike, changes to citadel mechanics and many more changes.

The stream continues an upturn in communications from CCP following the troublesome player-dev relationship that ended 2021. Since the disasterous “Age of Prosperity” devblog—which didn’t come close to ending scarcity, they have actively been pursuing player driven ideas to re-establish trust that has been eroded over the past few years. This announcement echoes and builds upon that, highlighting a number of issues that the players have lobbied for. It appears their shouts have finally got through.

The first big ticket item on the list is the implementation of compression for all ore & gas types. A new module for Rorquals, Orcas and Porpoises will operate similarly to boosting, allowing all miners within a specific range (up to 200km) to be able to compress ore instantly in their own cargo hold. According to CCP this will offer the same functionality as provided by stations, but in space. A huge u-turn from the hilariously bad compression ideas of the prosperity devblog.

Surgical Strike (SS) was released in 2019 and although there was much praise for the update initially, especially the nerfing of capital/super/titan resists, the waves caused by overall resist reduction were felt across the game. Fewer capitals were seen in space, wormhole ratting became far too complex, whilst the HAC alpha-meta flourished. The Bolstered Bulkheads update will aim to reduce the impact of Surgical Strike by 50%, meaning that resists will be restored to 75% of their pre-SS values. A fully detailed account of the impact along with some excellent analysis can be seen in Ashy’s article.

The Age of Battleships?

In addition to the reversal of the SS resist nerf battleships are getting additional bonuses. CCP Burger highlighted how the lack of mobility and survivability of all battleship class ships has been an issue for them and they will apply role bonuses to the entire class (Blops, Marauders, Faction etc) to balance this. 50% increase in armor plates, 100% to shield extenders and reductions to the fitting cost of Micro Jump Drives aim to alter these weaknesses. As capsuleers flock to pyfa to assess whether their favourite battleship is now a fleet doctrine, the change to the meta is always uncertain.

Initial analysis indicates that this battleship boost will see them deployed primarily in defensive long-range doctrines with fax support (also tougher to kill). Attacking with the current fast HAC meta may be significantly impacted prompting a shift towards shorter range afterburner fitted cruisers that can ‘get under the guns’ of a battleship fleet. It is an intelligent change by CCP; despite the calls to “nerf HACs”, by ignoring these complaints and instead boosting bigger ships they have created more options for the players.

Amongst the other changes announced were more improvements to the New Player Experience. Building on the excellent AIR NPE there will now be “a mining expedition fraught with intrigue and hints at the unfolding AIR storyline” to teach new players more about the industry aspect of EVE. Whilst our new capsuleers are getting stuck into this they will hopefully come across more activity in High Sec as reduction in the Planetary Customs Office (POCO) gantry shield EHP (from 10mil to 500k). CCP hopes this will encourage conflict over these structures and reward those who are able to “hold the field”.

There was also more graphical updates released. Due in March the “Reflecting Space” improvement will see your immediate environment reflect on the hull of your ship rather than just the background. Bringing Out EVE’s Colours was a brilliant quality of life improvement, but the improved warp audio (yes EVE has sound) caused additional lag to clients. This addition, looks spectacular, but will its impact on gameplay render it an option that is largely unused? See below for more details.

There are smaller changes in the pipeline as well: industry and blueprint changes, suggestions of altering the build cost of capital ships to reflect their value, suggestions of changes to citadel mechanics, Rorqual conduits and more. CCP were also very guarded with expanding upon items that may cause market fluctuation and ideas that clearly hadn’t been totally finished at the time of broadcast.

These changes have been largely applauded by capsuleers. They are mostly long required changes that have been frustrating the player base for sometime, this announcement comes as a huge relief to many. It also sees the end of the ‘quadrant’ system that has been replaced with a steady flow of updates and allows longer projects to be worked upon without the time pressure of a new quadrant approaching. Overall this is a win for CCP and for capsuleers, building up towards what should be an exciting and revealing Fanfest in 2022.

A Wormholer converted to the dark side of Null Sec. Elthar joined INN shortly after making the jump into the war. He is a serving British Army Officer & amateur historian and has been specializing in war reporting from the front-lines of Delve.